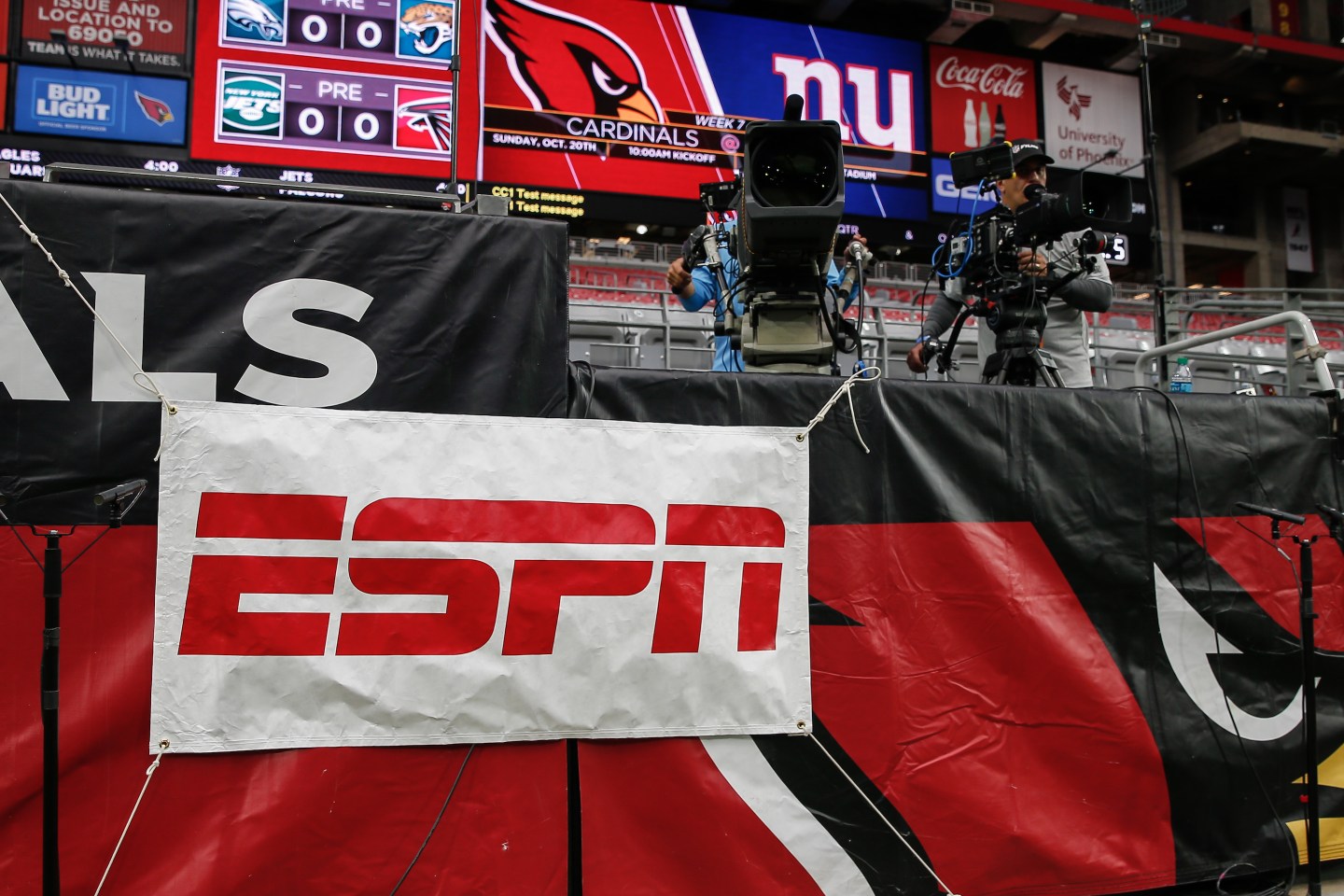 Walt Disney Co. has started warning AT&T Inc.’s U-verse and DirecTV customers that they may lose ABC, ESPN, the Disney Channel and Freeform if the companies can’t agree on new financial terms when their current contract expires soon.

“We have a responsibility to make our viewers aware of the potential loss of our programming,” Disney said in a statement Tuesday. “However, we remain fully committed to reaching a deal and are hopeful we can do so.”

In response, AT&T said it’s disappointed that Disney has put viewers into the midst of the negotiations. “Our goal is always to deliver the content our customers want at a value that also makes sense to them,” AT&T said. “We’ll continue to fight for that here and appreciate their patience while we work this matter out.”

Such disputes are becoming common, especially as more consumers drop their pay-TV subscriptions. That has caused media companies and their distributors to battle over every dime from a shrinking pool of customers. Channel owners are raising rates in part to make up for subscriber losses, while distributors are trying to keep costs down so they don’t lose even more TV customers to cheaper online options like Netflix Inc.

The stakes are high for both companies. AT&T is facing pressure from an activist investor who this week called on the company to explore divesting assets, including satellite-TV provider DirecTV, which is seeing substantial subscriber losses. Disney, meanwhile, plans to spend large sums of money launching its new Disney+ streaming service this fall, so it can’t afford to lose lucrative subscriber fees with an extended blackout with AT&T.

AT&T has been especially aggressive lately in negotiations with channel owners. In July, its customers lost CBS for a few weeks in a contract dispute.

Disney could have substantial leverage in the negotiations, since the football season just began. ESPN airs college and professional football games.

—Can It: Chapter Two maintain its momentum after opening with $91 million?
—Recap: Succession season two episode five
—Inside Succession with executive producer Adam McKay and actor Kieran Culkin
—As It: Chapter Two hits theaters, why are blockbusters getting so long?
—Here’s when your favorite shows return to TV this fall
Follow Fortune on Flipboard to stay up-to-date on the latest news and analysis.