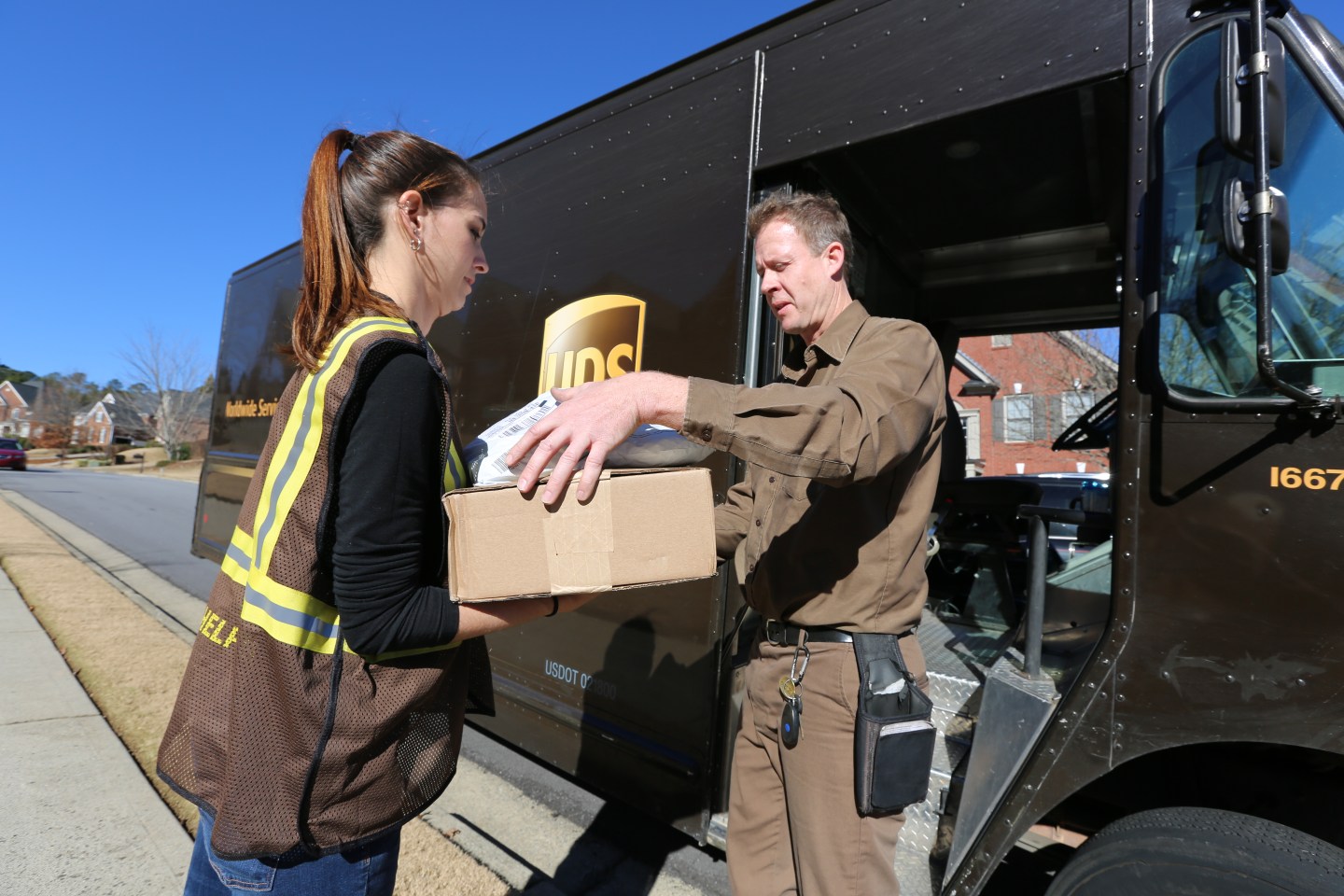 UPS is preparing for a massive holiday rush.

The delivery giant, on Monday, said it’s expecting to hire roughly 100,000 people for seasonal jobs this year. And it’s willing to pay between $15 and $30 per hour, along with some notable benefits, to lure them onboard.

The jobs are both full-time and part-time and are largely in the package handling, driver and driver-helper roles. The company plans a series of job fairs to fill the role, but applicants can also go to upsjobs.com to apply.

The jobs, while temporary, allow some people (including Chairman and CEO David Abney) to get their foot in the door at the company. Over the last three years, 35% of UPS’s seasonal hires were given a permanent position when the holidays were over.

Beyond the competitive salaries, UPS will also offer eligible seasonal employees up to $1,300 in college reimbursement expenses after they work three months.

The push to expand its workforce could put UPS in competition with Amazon, which announced a hiring spree of its own Monday. That retailer hopes to hire 30,000 people for full-time jobs and tens of thousands more for seasonal positions in the coming months.

—Yes, you can find a good job without a college degree
—Why is job hunting (still) so slow?
—How to deliver an apology your colleague will actually want to hear
—3 ways to wow a tech recruiter
—Job applicants with a “comprehensive” LinkedIn profile 71% more likely to get interviews
Get Fortune’s RaceAhead newsletter for sharp insights on corporate culture and diversity.