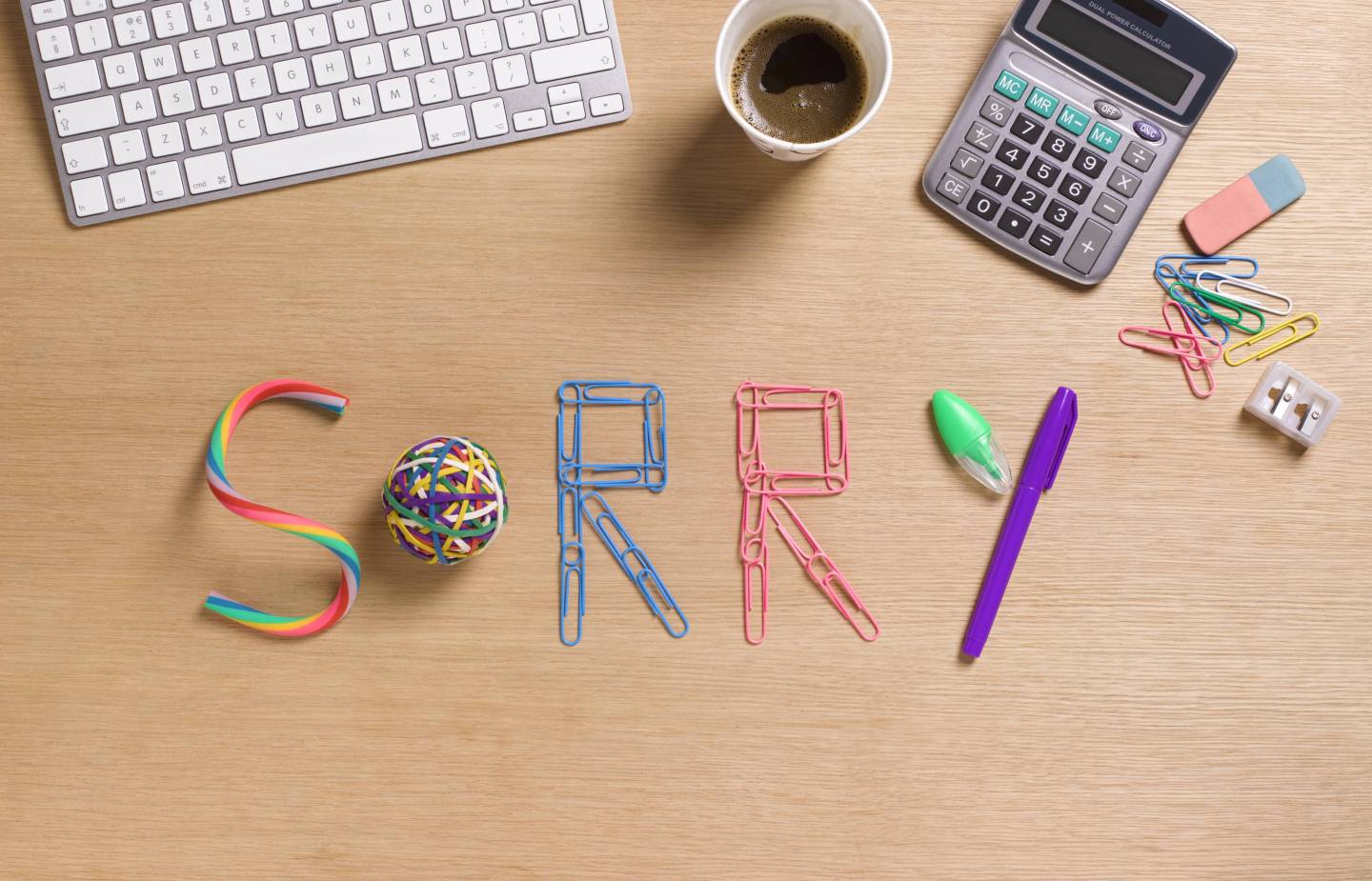 Two weeks into a new job, Elly Belle received an important late-night email from her manager. The problem? Belle had no idea that she was expected to be on the lookout for a critical message at such an hour. So she was taken aback when that same manager later dressed her down for dropping the ball. Given the circumstances, the response felt unfair to Belle. But rather than take responsibility, she says, her manager said she was “sorry” that Belle didn’t understand what the job entailed. “Which I suppose she thought was an apology because it had the word ‘sorry’ in it,” says Belle, who no longer works at the organization.

Ah, the workplace non-apology apology. We’ve all gotten—and perhaps even given—them. But the days when people would simply shrug at such a half-hearted mea culpa (until it was time to complain about it to their coworkers at happy hour) seem to be coming to an end, say corporate culture watchers. Karina Schumann, an assistant professor of psychology at the University of Pittsburgh, who has researched apologies, attributes the shift to the increase in prominent figures making very public apologies in recent years—think #MeToo and the ongoing raft of tech and finance industry scandals. “We’ve seen this huge emergence of apologies at the public level,” Schumann says. “There’s more of an awareness about what might feel like a good apology and what might feel like a bad apology.”

What’s more, the phenomenon of so-called call-out culture, where misdeeds are noted and publicly shamed, is trickling into the workplace, says Lolly Daskal, an executive leadership coach and CEO of Lead From Within. In the early days of her career, she says, something like a sexist remark made in a meeting was never mentioned again. “Now, they talk about it,” she says, adding that a truly disgruntled employee might take that impulse a step further, mentioning it on Twitter or some other public forum.

What does that mean for you—and the future of your workplace relationships? First, that you may need to update your ideas about when an apology is the right course of action. Have you caused or contributed to an outcome you genuinely regret? Do you plan to change your actions going forward to avoid a similar result? If so, it’s probably time to apologize.

Conversely, if the situation doesn’t check those two boxes, an apology could cause more harm than good—especially if you’re female. Research has suggested that the stereotype that women apologize more often than men is true, largely because the genders have different standards for what constitutes an apology-worthy offense. Making a habit of over-apologizing has the potential to undermine your authority at work.

Once you’ve decided it’s time to apologize, the key is to make sure your missive lands in the spirit it was intended—with actual remorse. That means admitting, plainly and with no caveats, that you did something wrong, says Daskal. Do not try to justify or explain away your actions. “When you acknowledge something, that’s an opening to a conversation and a dialogue to what went wrong,” Daskal says. After taking accountability, illustrating that you know where the mistake lies is crucial. That means acknowledging how you made the other person feel, pointing out your negative actions, and concluding with an apology. In the office, that could look something like an example Daskal offers on her website: “I know I hurt your feelings yesterday when I snapped at you. I’m sure it embarrassed you, especially since everyone else on the team was there. I was wrong to treat you like that and I apologize.”

People are just not impressed by apologies that don’t identify the bad behavior, adds Schumann, “because it doesn’t suggest that you’re actually aware of why your behavior was wrong, or what behavior you did that was wrong and hurtful.” Apologies like this often seem reflexive, something you’re doing to check the “good conduct” box rather than genuinely wanting to change the situation and your behavior.

“It’s about sincerity,” she says. “The more we can communicate sincerity in our apologies, the more effective they’re going to be.” As an example, Schumann points to the apology former senator Al Franken, who resigned his seat in the wake of accusations of sexual misconduct. In the first paragraph of a statement directed at accuser Leeann Tweeden, Franken gets to the heart of the matter, saying simply, “I’m sorry.” Of the photo in which he is seen appearing to grope Tweeden, he writes: “There’s no excuse. I look at it now and I feel disgusted with myself. It isn’t funny. It’s completely inappropriate.”

“For the most part, he’s really owning up, taking responsibility,” says Schumann, who also gives Franken high marks for, “describing his alliance with the victimized group, and saying how he will be an ally for women.”

Of course, even the most perfectly chosen words aren’t going to hold water for long unless they’re backed by action. “The way you prove that you’ve learned from your mistakes is to not repeat that mistake,” Daskal says. “What can you do in order not to make those mistakes again?” Depending on the error, that might mean explaining to your boss the steps you’re going to take to be better prepared for a presentation, or saying “going forward, I will…” to show you have clarity on what to do differently. Finally, follow through: the best apology of all is one you never have to repeat.