A Tale of Two Industries: Why Winemakers Are Hailing a G7 Victory and Tech Companies Are Crying Foul 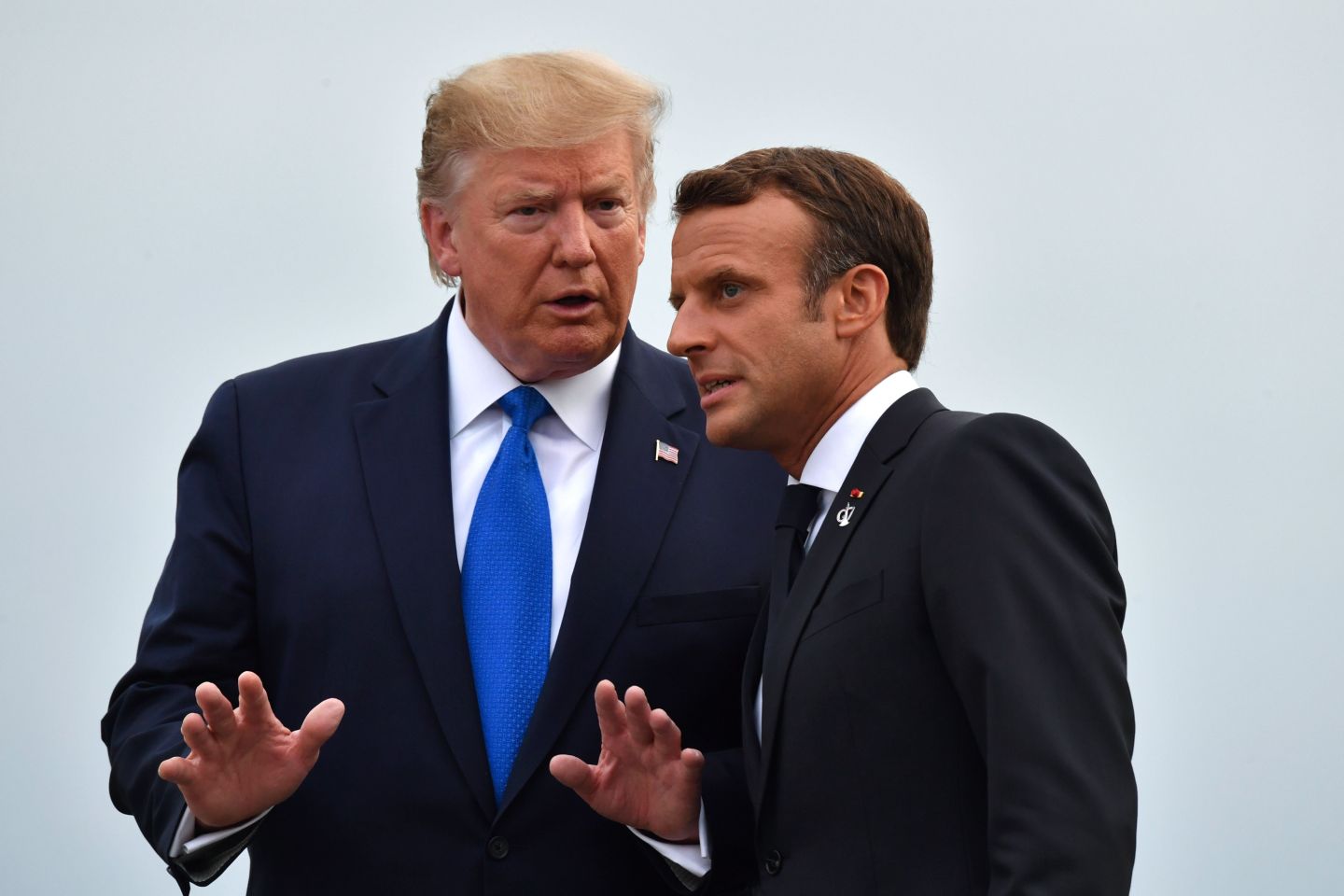 TOPSHOT - French President Emmanuel Macron (R) chats with US President Donald Trump at the Biarritz lighthouse, southwestern France, ahead of a working dinner on August 24, 2019, on the first day of the annual G7 Summit attended by the leaders of the world's seven richest democracies, Britain, Canada, France, Germany, Italy, Japan and the United States. - EU leaders rounded on US President Donald Trump over his trade threats at a G7 summit in France overshadowed by trans-Atlantic tensions and worries about the global economy. (Photo by Nicholas Kamm / AFP) (Photo credit should read NICHOLAS KAMM/AFP/Getty Images)
Nicholas Kamm—AFP/Getty Images

Go ahead, vinophiles. Raise a celebratory glass knowing that some of your favorite wines haven’t yet been dragged into President Trump’s ever-expanding trade war.

Big Tech though just might sit this one out.

The French wine industry on Tuesday was quick to hail a “no-tax” victory—even if it proves shortlived—a day after the G7 Summit wrapped up on its home turf in Biarritz. Things looked uncertain just a few days ago when Trump, in a press conference, once again threatened a retaliatory tariff on French wine unless the French government backed off taxing tech giants.

That winemakers even found themselves embroiled in a dispute over a tax on Internet and technology companies speaks volumes about the uncertainty of global trade pacts these days.

Once in France this weekend, U.S. officials and French Finance Minister Bruno Le Maire achieved a kind of détente on the tech tax that seems to knock off the table retributive sanctions on other French products, including wine. “Before Biarritz, the threat was real, we were close to getting hit with a tariff on French wine,” Le Maire told French TV station LCI. “After Biarritz the threat has receded.”

France’s wine and spirits export body (FEVS) issued a statement in French on Tuesday to journalists that it was “delighted” its winemakers survived the summit with no new tax constraints. It praised the Franco-American diplomacy, making “it possible to avoid any action hindering international trade, in particular the access of French wines to the American market, and thus marks an important step towards reducing trade tensions,” according to the statement.

A trade group representing the technology industry, however, grumbled that American negotiators gave the Macron government the equivalent of a “free pass” in failing to convince it to rescind the levy.

“France’s unilateral digital tax action aimed at leading American companies is unjustified, and if tolerated, will encourage other countries to follow their example,” said Ed Black, President & CEO of the Computer & Communications Industry Association, in a statement shared with Fortune. “While we have many questions and await more details, it currently appears that this ‘agreement’ would be more capitulation than compromise.”

Sure enough, other slow-growing G7 members, including Italy and the United Kingdom, are watching the French digital tax closely with designs on ratifying a version of their own.

The future of taxing the domestic digital businesses of tech multinationals is gaining momentum and heading for the OECD. The agreement reached in principle on the sidelines of the G7 summit calls for France to issue a kind of tax credit to tech companies for the difference between the French tax and any levy ultimately drawn up by the OECD.

France’s levy on tech companies went into effect last month. It imposes a 3% tax on companies’ digital revenues in France. It applies to any company that makes at least €750 million globally and €25 million in France from digital business whether it be advertising, e-commerce or data handling. The levy is known locally as GAFA, an acronym for the biggest of the companies expected to be impacted by the new measure: Google, Amazon, Facebook and Apple.

Meanwhile, French winemakers were popping corks. The country’s 13.2 billion euro ($14.7 billion) wine sector is one of the biggest in the world, and the U.S. is France’s leading export market. According to FEVS, in the first half of 2019, exports of French wines and spirits to the United States reached € 1.8 billion, on pace to surpass last year’s haul.