100 Year Bonds? Why ‘Ultra-Long’ Bonds Have Caught on in 14 Countries and Counting 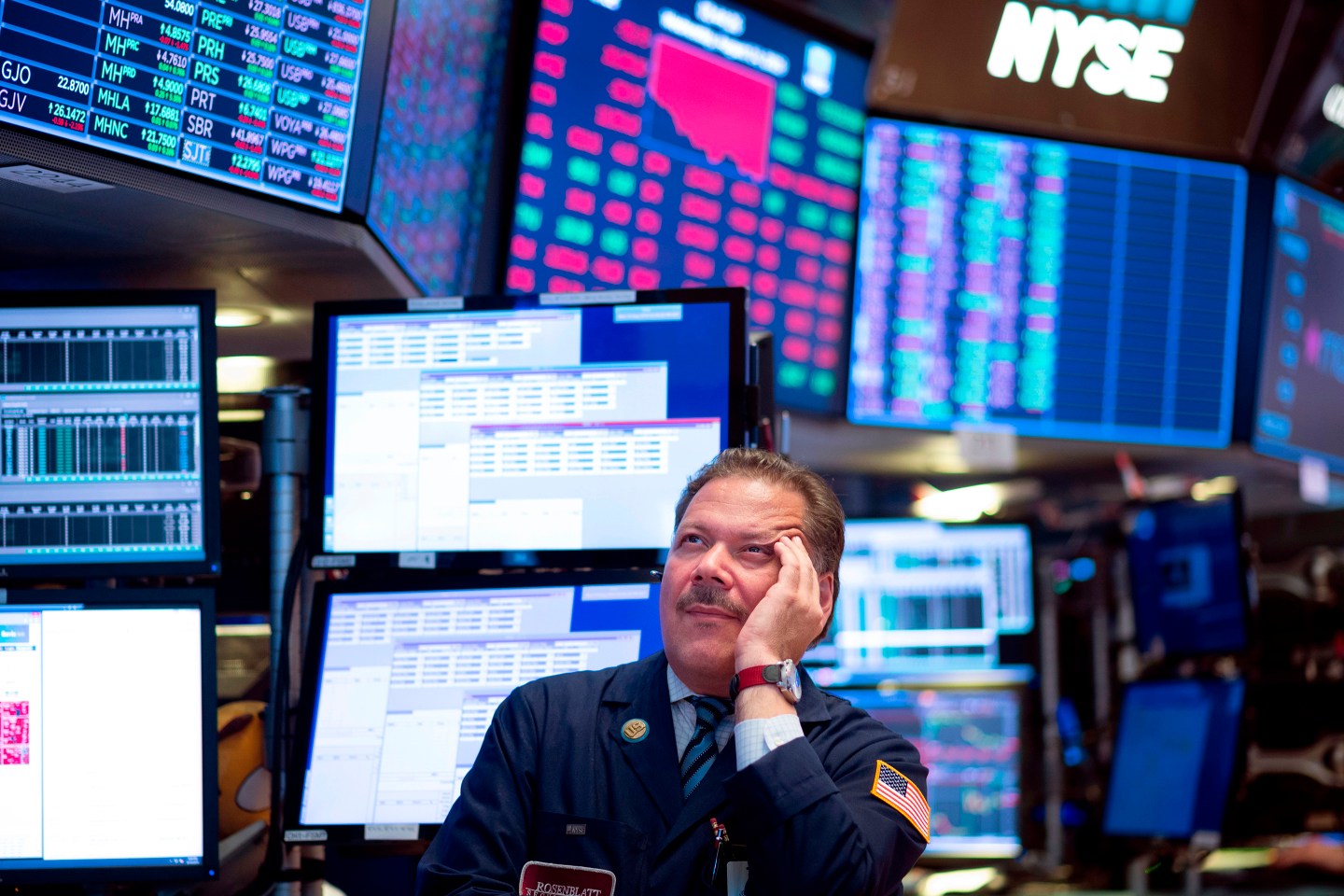 Traders work before the closing bell at the New York Stock Exchange (NYSE) on August 14, 2019 in New York City. - It was an ugly day for Wall Street, as stocks plummeted Wednesday amid worsening economic fears after US Treasury yields briefly inverted, flashing a warning sign for a coming recession. But US President Donald Trump once again blamed the Fed for the economic woes and the yield curve inversion, saying the US central bank is a bigger threat than China and is "clueless." The Dow Jones Industrial Average fell 3.1 percent to finish at 25,479.42, a loss of about 800 points -- its worst day of 2019. (Photo by Johannes EISELE / AFP) (Photo credit should read JOHANNES EISELE/AFP/Getty Images)
Johannes Eisele—AFP/Getty Images

Sovereign bond yields across the globe are stuck near all-time historic lows, with Germany issuing negatively-yielding 30-year debt for the first time ever on Wednesday.

While bond markets may be signalling recession ahead for the global economy, governments around the world are increasingly eager to take advantage of historic low borrowing costs to fund their near continuous deficits.

That’s likely one reason why the US Treasury quietly mentioned last Friday that it was putting out feelers for “ultra-long” Treasury bonds—meaning government debt that would mature 50 or 100 years from the date of issuance. Currently, the longest maturity of sovereign debt that the US government sells is 30 years.

Record low interest rates are certainly a crucial reason why the US government sees an opportunity to reopen the conversation around ultra-long bonds, given the opportunity to lock in a low cost of capital for decades to come. But considering that long-term interest rates have actually been falling for some time now, “century bonds” or debt dated longer than the average human lifespan crucially reflects how our populations are aging, our birth rates declining, and to pessimists, our economies ossifying.

“The world is undergoing a dramatic demographic transition,” wrote Carlos Carvalho, Andrea Ferrero, and Fernanda Nechio in a recent research piece for the Federal Reserve Bank of San Francisco. “In most advanced economies, actual and expected longevity have increased steadily. An increase in life expectancy would lengthen individuals’ retirement period, generating additional incentives to save rather than spend throughout the life cycle… and increase in life expectancy puts downward pressure on rates.”

“The primary consumer of these bonds would be corporate pension plans and insurance companies,” said Alex Pekker, managing director at Cambridge Associates. “Corporate pensions in particular have shifting towards hedging their liabilities overtime as opposed to growing their asset base, so they would look for longer-dated debt.”

A handful of large companies including wealthy universities and health care networks have already caught on and issued century-long debt in the past years. Among many others, that includes the Cleveland Clinic in 2014 and most recently the University of Pennsylvania, which this month issued a bond that matures in 2119 and yields 3.61%. On the same day, US Treasury bonds dated 30 years yielded around 2.5%.

That goes to show how a flat yield curve (meaning it doesn’t cost much more to borrow for longer periods of time) incentivizes borrowing for 50 or 100 years rather than 20 or 30 years. Already, fourteen countries inside the 34-country strong OECD have issued sovereign debt with maturities ranging from 40 to 100 years, and Austria, Belgium, and Ireland have all issued century-bonds within the past two years as Eurozone borrowing costs have declined. Notably, these countries are predominately made up of countries with slowing population growth and increasing lifespans.

Last Friday’s proposals were not the first time that the US government has toyed with the idea of ultra-long bond. After the financial crisis they were put up for discussion by the Obama Administration, and they were reproposed in 2017 under Treasury Secretary Steven Mnuchin.

Earlier this year the Treasury Department even tabled the idea of issuing perpetual bonds. That is, bonds that never mature but pay interest into eternity (the way most bonds worked around the Middle Ages, but that’s another story).

Still it definitely took market watchers by surprise when news on a new exploration of ultra-long issuance broke on the same day that after the 30-year yield fell below 2% for the first time ever.

“This is a surprising break from typical Treasury practice since it was unexpected, late on a mid-August Friday in low liquidity, and outside of quarterly refunding guidance that was just provided 2.5 weeks earlier,” said Mark Cabana, CFA, heads of US rates strategy at Bank of America Merrill Lynch. “We are not sure why Treasury delivered such an announcement but expect it reflects a desire to take advantage of historically low long-dated interest rates, and push back on recession concerns from an inverted yield curve.”

However, there doesn’t appear to all that much enthusiasm within the banking community about the idea this time around, either.

“Treasury has studied ultra issuance numerous times in the past and has always concluded it was not in the best interest of the taxpayer,” Cabana added. “In their 2017 study, they did not see evidence of strong or sustainable demand for maturities beyond 30 years. We doubt Treasury’s conclusions from upcoming outreach will be materially different.”

Per the US Treasury’s website, the Treasury’s Office of Debt Management is currently conducting “market outreach to refresh its understanding of market appetite” for ultra-long debt and will take a decision whether to proceed following that consultation.

—The economy is in code yellow for a recession based on these 9 metrics
—The death of trading: Why more big banks think the business is a losing bet
—Recession watch: 3 ways to reframe your thinking about the next downturn
—What are negative interest rates and why is everybody so worried about them?
—Why WeWork won’t be in the S&P 500 after its IPO
Don’t miss the daily Term Sheet, Fortune‘s newsletter on deals and dealmakers.