China, Heat, and Trump: Why French Winemakers Are Having the Worst Summer Ever 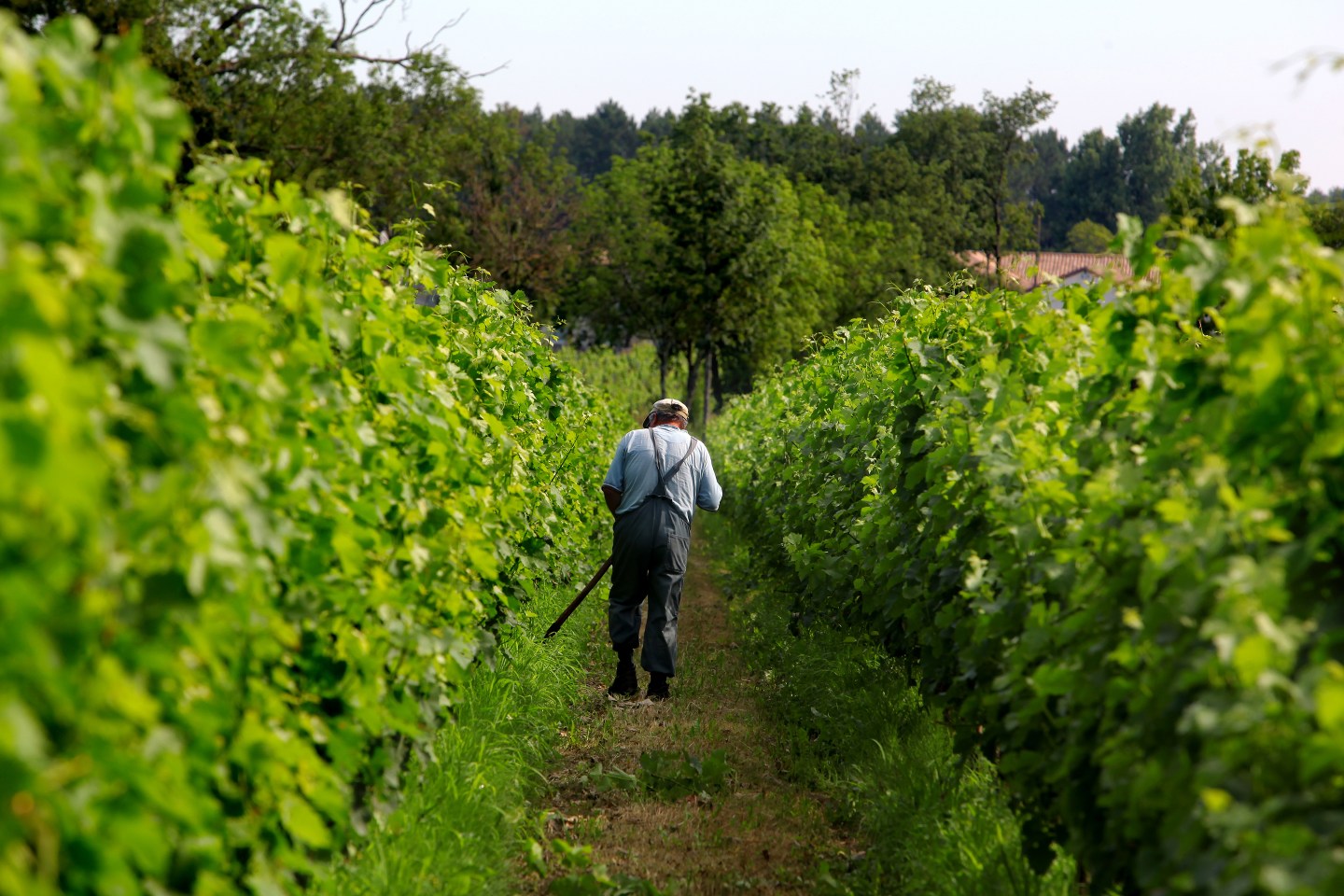 CÔTES DE BOURG, FRANCE - JUNE 28: A French farmer tends his vines on June 28, 2018 in the Bordeaux wine-making appellation of Côtes de Bourg, France. The first vineyards in the Appellation d'Origine Contrôlée (AOC) on the Right Bank of the Gironde River were founded by the Romans in the 2nd century A.D. (Photo by David Silverman/Getty Images)
David Silverman—Getty Images

The French wine industry on Monday weighed into an escalating spat between the Trump Administration and Paris over France’s proposed new tax on technology companies, saying: leave us out of it, S’il vous plaît!

France’s 13.2 billion euro ($14.7 billion) wine sector—a perennial global top 3 market—was caught off guard late last week when President Trump tweeted that he was considering a “substantial” retaliation against the country for imposing a new tax on tech companies. The levy is known locally as GAFA, an acronym for the biggest of the companies expected to be impacted by the new measure: Google, Amazon, Facebook and Apple.

Trump took to Twitter to voice his displeasure about the new tax, saying: “France just put a digital tax on our great American technology companies. If anybody taxes them, it should be their home Country, the USA. We will announce a substantial reciprocal action on Macron’s foolishness shortly. I’ve always said American wine is better than French wine!”

The president hasn’t clarified his comment in any substantive way, but later shared his opinion for why American wines are superior to those made by the French. “I’ve always liked American wines better than French wines — even though I don’t drink wine. I just like the way they look. Ok. But the American wines are great, American wines are great and they didn’t do the right thing when they start taxing our companies,” Trump said. “I have a good relationship with President Macron, but they shouldn’t have done this.”

Trump has since shifted his attention away from French wine to attacking Robert Mueller, the city of Baltimore and one of its U.S. Congressmen, the Democrat Rep. Elijah Cummings.

Rather than wait for a dètente between Trump and Macron, France’s wine and spirits export body (FEVS) issued a statement in French over the weekend, and, to get the point across, another one in English this morning, urging the two trading partners to work out their differences.

“FEVS is obviously very watchful of the statements of the President of the United States which could impact the development of our sector and the interests of French operators in this market but also their US customers and consumers,” the English-language statement read. “FEVS calls on the French and the US authorities to continue their dialogue on the taxation of digital services, both at bilateral and international level.”

“FEVS hopes they will be able to quickly find the way forward to prevent these threats from materializing and restricting the access of French wines to the US market,” the statement continues.

Even before Trump’s “reciprocal action” tweet, French winemakers were having a particularly tough year. Exports to China unexpectedly collapsed by 14%. Then, record heatwaves in June and July broiled vineyards. Earlier this month, France’s minister of agriculture released a forecast that wine production nationally would be down 6-13% because of record-breaking heat and drought. In Bordeaux, the mercury climbed above 40 degrees centigrade (104 Fahrenheit) twice in the past six weeks. A spokesperson for CIVB, the Bordeaux wine producer trade council, told Fortune it was too soon to say with any certainty what impact the excessive heat would have on production, if any.

At 20 percent of all imports, the U.S. is France’s strongest single-country export market. And winemakers want to hold onto every piece of that. Over the weekend, winemaker Francois Labet, told FranceInfo that his region of Bourgogne was taking the Trump tweet seriously.

“It is always extremely damaging for us to be taken as hostages,” Labet said. “The American market is an important market for Bourgogne—it is 25% of its exports. That represents almost 20 million bottles exported every year. It is the biggest export market for us, ahead of Britain and Japan.”

The whole matter began with GAFA, a new tax that imposes a 3% levy on companies’ digital revenues in France. It applies to any company that makes at least €750 million globally and €25 million in France from digital business whether it be advertising, e-commerce or data handling. Over the weekend, French finance minister Bruno LeMaire doubled down on GAFA, saying a universal tax on digital business like this one is necessary to ensure all tech companies pay their fair share. “These companies,” LeMaire said, “pay little to no tax, which is not acceptable.”