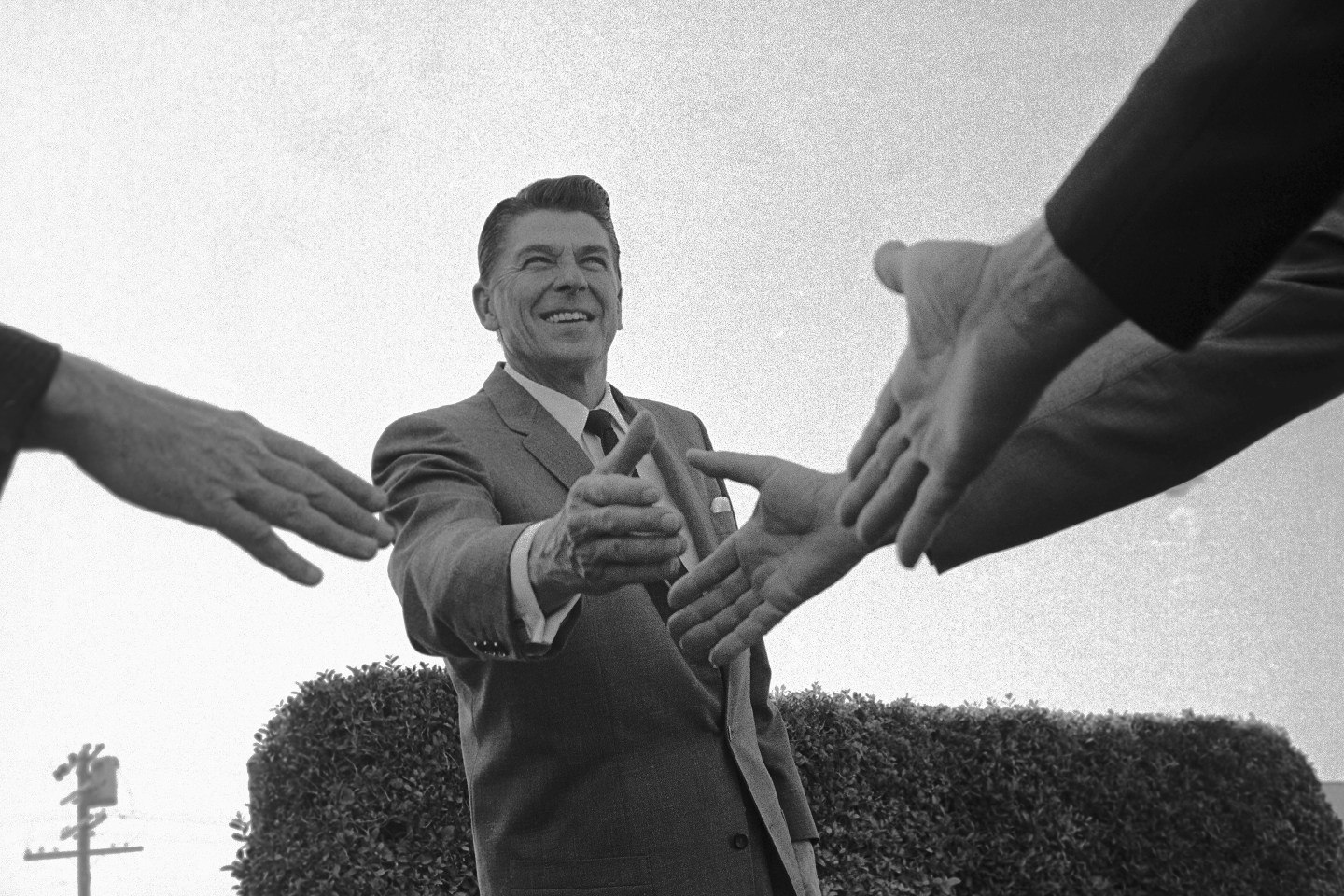 There was a time when a Republican president formed immigration policy for its economic impact, rather than its rhetorical value as a campaign issue. In 1980, Ronald Reagan recognized soaring unemployment in Mexico as the driving force behind the increased flow of illegal immigrants into the United States. Then-candidate Reagan said he wanted to “make it possible for them to come here legally with a work permit, then while they’re working, and earning here, they pay taxes here. And when they want to go back, they go back.”

While nobody would say Reagan, as president, solved the problem of illegal immigration—amnesty for 2.9 million illegals and increased employer responsibilities rubbed some the wrong way—his focus was on the needs of employers to find affordable labor, and the needs of immigrants to find jobs.

In fact, “there was a time in the 80s and 90s, under both Republican and Democratic presidents, when border patrol agents along the Texas border would regulate employment levels,” says Professor Gordon Hanson of the University of California, San Diego. “The border agents would keep track of the labor needs of employers in the Rio Grande Valley. The higher the need for workers, the weaker the enforcement would be.”

Fast forward to last week’s testimony by Fed Chief Jerome Powell on Capitol Hill. Powell addressed the pressures on homebuilders, who are trying to continue building affordable homes. “You have a shortage of skilled labor,” Powell said, “so it’s hard to get people on the job—electricians, plumbers, carpenters and other people…just to get the people, no matter what you pay them, just finding people who can do that work.”

“Would you say our immigration policy has something to do with that?” asked Democratic Senator Tina Smith of Minnesota.

“That’s what we hear from home builders,” Powell replied.

“The lack of labor force is one of the main concerns for U.S. business,” says Selma Hepp, Chief Economist at Compass, an independent real estate brokerage. Hepp cites a survey from John Burns Consulting indicating that 82% of builders report a labor shortage. And since the housing industry contributes roughly 15% to the economy, that’s significant potential growth not being realized.

“The current level of single-family construction,” Hepp says, “while improving, it is still at about 50 percent below the levels of housing starts we had during the housing boom in early 2000s.”

The issue of illegal immigration is a touchy political topic, but let’s look at economic space that illegal immigrants fill. They tend to arrive when the U.S. economy is booming, provide low cost labor that is flexible enough to go where it’s needed, when it’s needed, and fill many jobs that Americans are not willing to do, especially in housing, food service, hospitality services, and agriculture. (Legal immigrants, on the other hand, many of them sponsored by companies or families, tend to be more highly educated, demand higher wages, and are not as flexible in moving to where the jobs are—partially because they may be legally obligated to a sponsoring employer.)

That potential increase in the labor force could come in handy right now, with an estimated 10,000 baby boomers turning 65 every day, and when there are more job openings than there are people looking for work.

Perhaps sensing that the full story was not being told last week, Republican Senator John Neely Kennedy of Louisiana asked Powell, “What is the economic impact of illegal immigration on America’s economy?”

“I haven’t tried to quantify that, but people who come in legally or illegally, they add to our workforce,” Powell said, “and they contribute to GDP, certainly, so that’s part of it. You can really boil down growth into labor force growth and productivity increases, and immigration—total immigration—has contributed more than half of the growth in our workforce in the last few years.”

“But the shortage in the labor force isn’t just because of Trump’s policies,” says Professor Hanson. “That unwritten policy of border enforcement, following the ups and downs of the economy, ended with the border enforcement crackdown in 2005 under the George W. Bush administration.” Ironically, this was done by the former Texas governor to appease conservatives in Congress as a step toward comprehensive immigration reform. But reform never happened, even as tighter immigration policies continued, including under President Obama.

Then came the Great Recession, which took away the incentive for many foreign citizens to seek unfilled jobs in the United States. It was what Professor Hanson calls the end of the “Great Mexican Emigration.”

Kennedy clarified his focus for Powell: “What about illegal immigration? Does it have an impact on wages?”

Senator Kennedy was likely suggesting that illegal immigrants drive down the wages of Americans, which is a big part of the political argument Republicans have used against illegals coming into the country. And according to several sources, the argument is correct, especially when it comes to lower income, lower educated Americans who might find themselves competing with immigrants who are also looking for low-skilled work.

But the real drain on the economy from illegal immigrants comes when the resources they take from our economy exceed their contributions to it, which tends to happen, according to Professor Hanson, in the early years, just after they’ve arrived.

We’ll assume that the illegal immigrant worker IS paying certain taxes, including sales tax, property taxes (indirectly as renters), and possibly payroll taxes, under false social security numbers. But if a family comes into the U.S. illegally, sends their kids to publicly funded schools, and then has more children—who as natives are entitled to all American benefits such as Medicaid—will they be taking more from the economy than they are paying into it?

That’s the much-disputed question, politically as well as economically. Since illegal immigrants operate largely in the shadows, and are not eligible for most public benefits, a certain number is hard to determine, at least one that both parties will accept.

The problem for the administration is that with unemployment at 3.7%, it’s hard to say there’s a clear and direct impact being felt by many Americans economically. Most Americans who want a job, can find a job. That doesn’t take away the political argument, which will presumably still resonate—again, not without some validity—with a part of the voting public.

But as this expanding economy gets historically long in the tooth—the recession ended in June of 2009—a cooling housing industry may also put a chill on an economy that the president is hoping will carry him to reelection next year. That is surely not what he intended.

—Will the Fed cut interest rates to prevent recession? 6 predictions

—Schwab’s ‘Project Bear’ uses A.I. to predict when investors are getting nervous