How Minnidip Made A Splash With Its Inflatable Pools 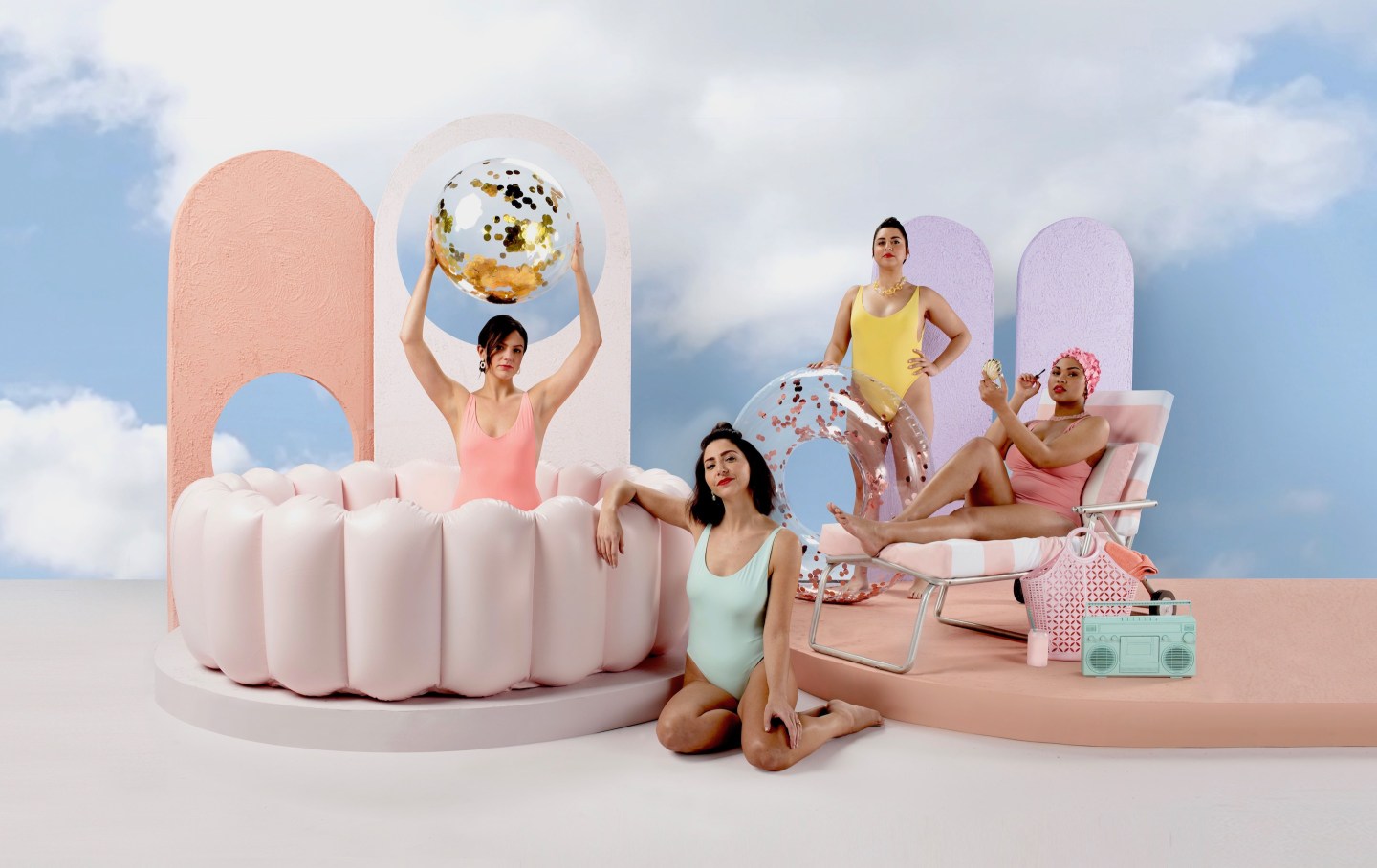 Summer pool parties may be winding down, but the future for Minnidip—whimsically designed inflatable pools big enough for adults—is just getting started.

The Chicago small business, now with several million dollars in sales and a handful of employees, started in 2017 with creator Emily Vaca, then an advertising art director, wanting to recreate the galvanized tub she splashed around in as a kid during summers in her family’s St. Louis backyard.

“Not until college did I find out it was called a stock tank and it was used for livestock to drink water on farms,” said Vaca, founder of La Vaca Designhouse. “I told my husband this idea and he said ‘Absolutely no way. It will crash through our rental roof, go get an inflatable pool.’”

Her inspiration took over, as she created fashionable versions of the classic blow-up pool, in vibrant patterns like watermelon, inspired by travel destinations with a pool-party vibe. At a time when consumers are looking for stylish products that are priced right, the $45 to $80 Minnidips seem to hit the mark.

“The inspiration for the very first pattern I created, ‘That’s Banana Leave(s)’ came from wanting to bring the feeling of our favorite beach spot, Tulum, Mexico, to our rooftop in Chicago—and there’s nothing more tropical and timeless than palm patterns,” Vaca said. “So I illustrated my twist on vintage palm patterns and added a green and coral pink color combo.”

Vaca’s first retail foray in 2017 was in Chicago lifestyles boutique, Bow & Arrow Collection, in the trendy Bucktown neighborhood, and online at Minnidip.com. In her first year in business, she sold 500 pools. A year later, in 2018, Minnidip debuted on Target.com, aerie.com, as well as Dylan’s Candy Bar, and Von Maur department stores. That year, she sold 2,800 pools, floats, and pool balls. In 2019, the brand launched in Target stores, Bloomingdale’s, QVC, American Eagle and Aerie stores, and online at Indigo.ca in Canada, as well as an assortment of independent U.S. boutiques. So far this year, Minnidip has sold over 100,000 pool products.

QVC happened in June, “selling out of our most popular pattern in nine minutes,” Vaca said.

Vaca’s 15 years in advertising gave her experience in such retail realms as branding, creating e-commerce websites, and assembling TV campaigns for global brands such as Kraft Foods, Goose Island, and Kleenex.

“My agency work gave me an opportunity to understand some of the biggest brands in the world from a wide perspective. I was able to understand both what’s important for the retailer as well as the brand,” Vaca noted.

Landing in Target just one year after launching—a product designer’s dream—and then signing several more retailers, may seem effortless. But there was a lot of creative work and planning, not to mention shopping at Target at least three days a week to school herself in the store’s merchandising.

“Getting into Target with a product and just an email pitch would be nearly impossible,” said Vaca, who credits her background, from directing photo shoots for print campaigns to designing packaging and logos, as contributing to her entrepreneurial success.

Having a successful startup takes much more than mere chutzpah. “You need a full package, some luck and a lot of determination,” Vaca says.

“For Minnidip, it was a recipe of having a unique product that wasn’t on shelves yet, design-focused packaging, lifestyle imagery, an affordable price point, a bit of Instagram buzz, and a lot of persistency,” she said. “I reached out cold and followed up for almost a year before I had a face-to-face meeting with my buyer.”

The pools are designed for adults, with the target demographic women and moms who are looking to “complement their chic backyards or urban rooftops and parties with a pool that is actually worthy of being a summer centerpiece,” said Vaca. These are “young women who are excited for a pattern that speaks to their personal style just as much as a swimsuit. Moms who don’t want to compromise style for the function.”

The size of the pools range from 5.5’ in diameter and 1.5’ deep, big enough for three adults, to 6.5’ in diameter and 1.8’ deep, big enough for four adults, according to Minnidip. They are made in China from non-toxic PVC vinyl, are available in eight signature three-ring styles and the latest: Three tufted styles inspired by the pink-tufted chairs in the Gallery at Sketch restaurant in London, designed by French architect India Mahdavi.

Each pool in the tufted collection includes a “Dip-ism,” with fun twists on popular song lyrics written on the bottom of the pools, like “Dip it like it’s hot” and “When I dip, you dip, oui dip.”

The brand also has ventured into accessories with pool-party must-haves like drink coolers or “coolies”, $10, beach balls, $16, pool party invites, $10, and beach towels, $24.

Going forward, Vaca said she’s dreaming up products, “both in the inflatable and non-inflatable space,” and is talking with other brands on collaborations.

And Minnidip is about launch in Australia—where summer runs from December to February.

“We’ve had an insane amount of interest from Australians and their summer season is the opposite of ours, so it’s a perfect fit to focus our efforts there during our winter while we’re also prepping for next season,” Vaca said.

—Big-Box rebound: How Target packaged a turnaround
—A new era of fashion logos is driving creativity, business
—Taylor Swift and Stella McCartney release Lover fashion
—What it’s like to stay the night at the Taco Bell hotel
—Listen to our audio briefing, Fortune 500 Daily
Follow Fortune on Flipboard to stay up-to-date on the latest news and analysis.