In the Groove With Kate Spade 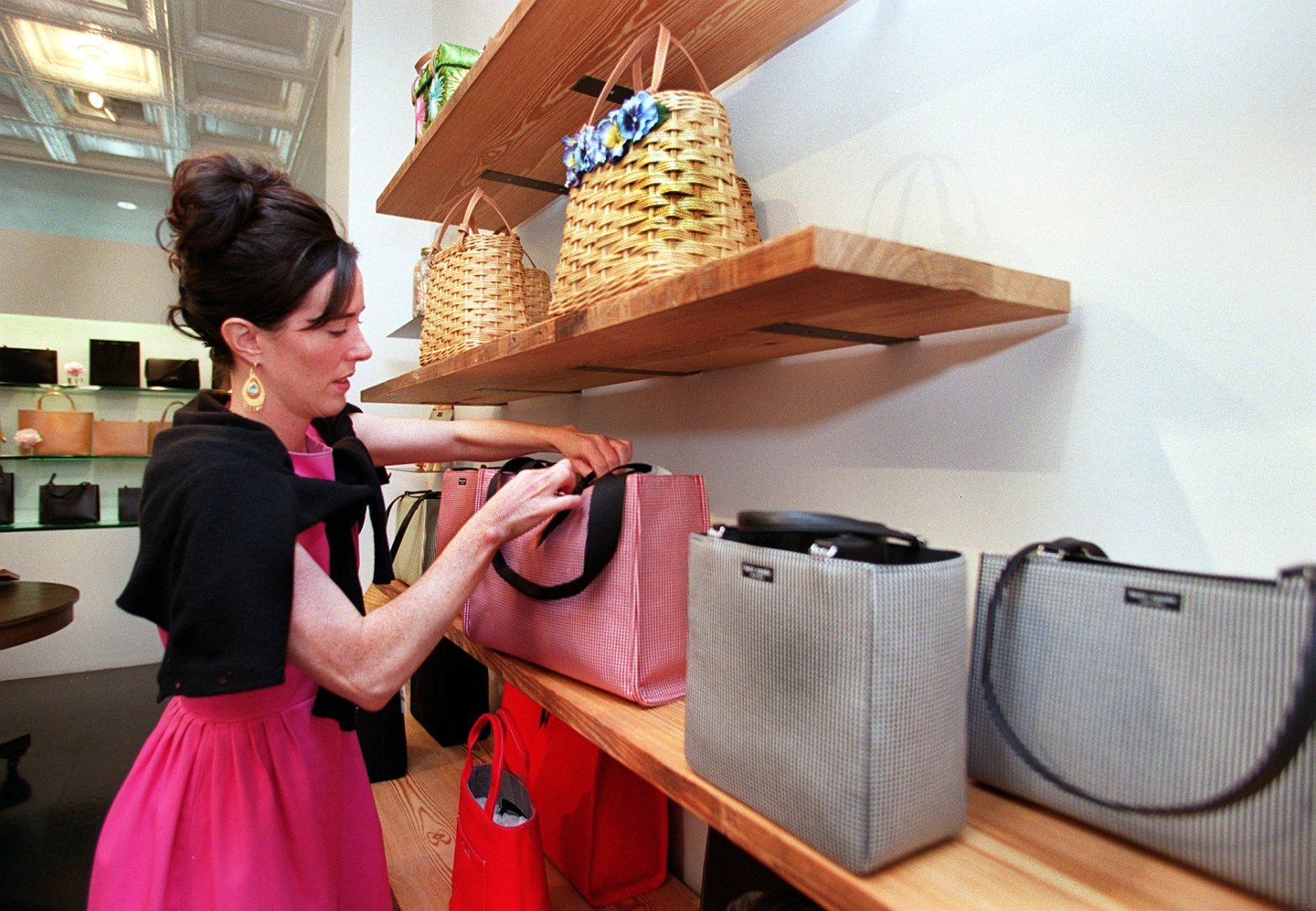 How do you create a hit? Sometimes all it takes is a whim. Back in 1991, Kate Brosnahan quit her job as an accessories editor at Mademoiselle magazine and joined forces (as well as names) with Andy Spade, her boyfriend and future husband, to start a bag design venture called Kate Spade Inc. The night before a 1992 trade show that would launch her chic handbags, Brosnahan (whose name now matches her company’s) had that “whim” we were talking about: She stitched the company’s rectangular black labels to the outside of her sleek, boxy bags. A brand–and her signature–was born.

The fashionistas loved Spade’s uniquely fresh but timeless style. Seven years later her eponymous bags are coveted not just by Hollywood celebs like Gwyneth Paltrow but also by legions of bagaholics from Boston to Baton Rouge. The allure? The bags combine classic lines with surprising fabrics such as zebra stripes and charcoal boucle. Think Grace Kelly’s naughty younger sister. Staying true to that design concept has helped the Spades cement their position in the high-end handbag niche. Spade style, you see, doesn’t come cheap: The bags range from $125 to $500. But the fact that women bought tens of thousands of them last year anyway is partly what prompted Neiman Marcus to pony up $33.6 million for a 56% stake in the business in 1999.

In addition to branching out into shoes, raincoats, and stationery, the Spades are breaking into luxury cosmetics. Last fall the company (which had sales of $50 million in 1999 and has been profitable every year since 1997) entered into a licensing deal with beauty behemoth Estee Lauder. From the Spades’ headquarters in New York City, they talked to us about managing growth, merging with a mega-retailer, and their decision to get into licensing.

In 1996 your revenues reached $6 million, and they have more than doubled every year since. How do you guard against growing too fast and making it all unmanageable?

Andy: We’ve never been that interested in growing for growing’s sake or trying to stay hot. And so far that approach seems to be working. We parted ways with one of our former presidents because he wanted us to open too many stores too quickly. Today we have three freestanding stores in the U.S. and leases for three more. We also have ten stores in Japan. We plan to open more but at a manageable pace. Our biggest fear has always been that the quality of the bags would suffer, which is why we’ve tried to keep the brakes on.

Why did you agree to sell a majority stake of your business to Neiman Marcus when you did?

Andy: We were waiting for the right partner. We wanted one that understands the value of a brand and that had the infrastructure in place to help us grow the retail end of the business. We also wanted to build our management and design teams and take on several new leases without stretching our financial resources. So the decision was half strategic and half financial. As an established high-end retailer, Neiman Marcus understands how important design is and how you need to protect and invest in the integrity of the brand.

Over the years, of the four or so companies that offered to buy all or part of our business, Neiman was the only one that understood that. We didn’t want to become a partner with anyone who would want us to move physically into their company. We also didn’t want to do it with anyone who would want any involvement in the creative process. Because we still function as an independent company, it’s business as usual with our other clients such as Barneys or Saks. And as far as revenues are concerned, Neiman shares in our profits as any wholesale partner would.

Last year you decided to start licensing the Kate Spade name for use on everything from shoes to beauty products with Estee Lauder. Why did you wait until now?

Kate: Because we want to maintain creative control over everything that goes out under our name–whether we’re manufacturing it or letting a partner handle production–we knew we needed strong management and design teams in place as we expand into new areas. We’ve been able to accomplish that thanks to the Neiman deal.

How do you choose which products are appropriate for licensing?

Kate: We won’t license the name or expand into a new area unless we think we can bring something new to a category that makes it fresh. For instance, we got the idea to do raincoats after realizing that almost everything out there was in Burberry beige, so we decided to introduce a line using pink and turquoise. Same with the address books and now the beauty products. We think licensing is something that will be profitable in the long term. In the short term, it’s a great way to challenge ourselves creatively while raising awareness of our brand.

This article originally appeared in the February 7, 2000 issue of Fortune magazine.