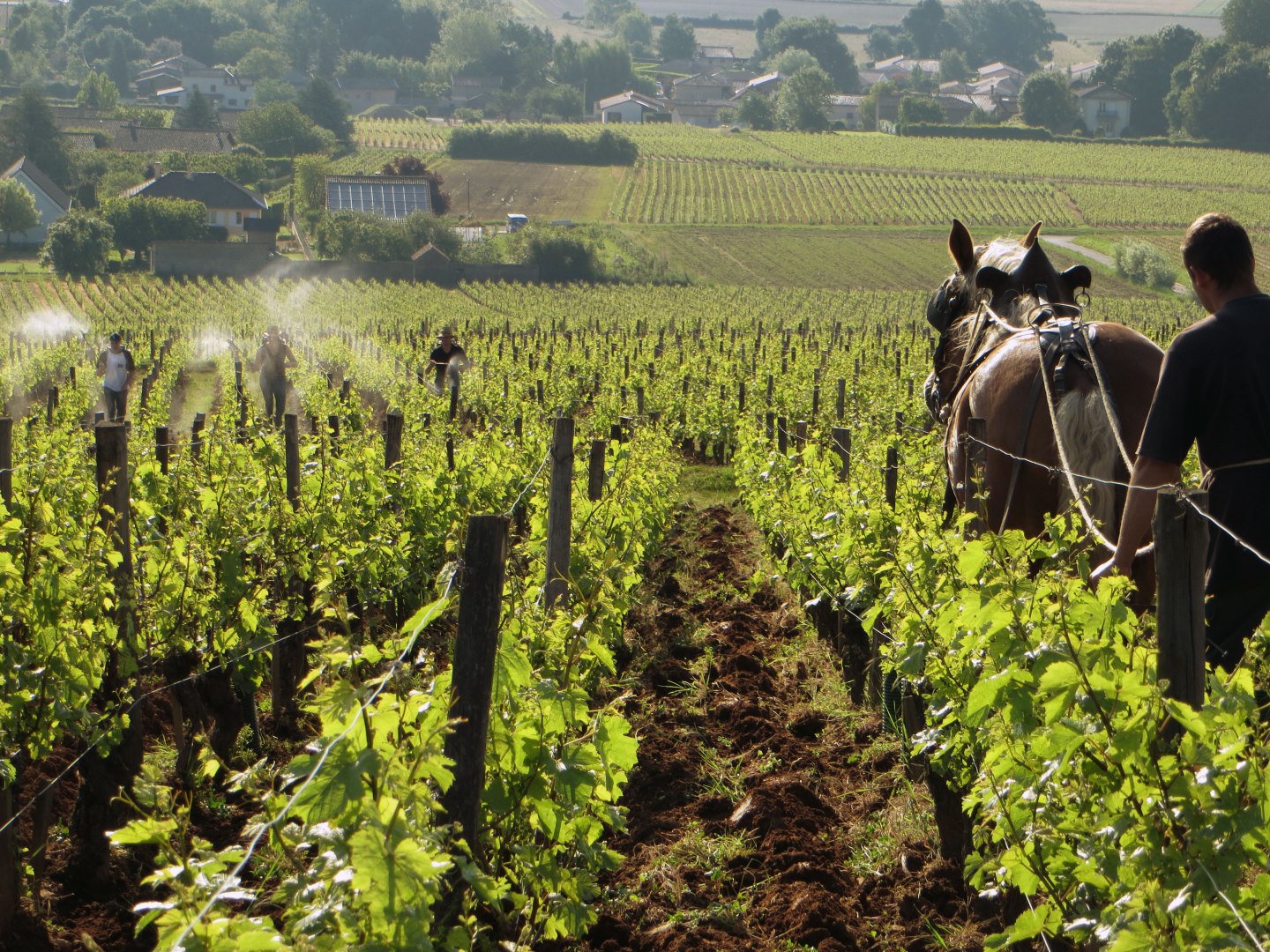 Ask a sommelier about Burgundy, and you’ll get an excited response. You’ll hear about the Côte d’Or, a 65-kilometer stretch of hills that are home to the world’s most expensive and highly regarded Chardonnay and Pinot Noirs. But while experts lavish justifiable praise on these wines, another part of Burgundy—the Mâcon—is quietly making waves among U.S. wine drinkers.

“A sommelier studying Burgundy typically doesn’t give the Mâcon as much attention,” says Caleb Ganzer, managing partner at La Compagnie des Vins Surnaturels, a wine bar in Manhattan. “But from a pleasure perspective, which is what we’re all here for, it’s where we should be spending more time.”

The Mâcon and the Côte d’Or share similar limestone soils, which are well suited for growing Chardonnay. The grape makes up 80% of the Mâcon’s plantings. Red wines, made from Gamay or perhaps Pinot Noir, are uncommon.

At The Wine House, a retail shop in Los Angeles, wine buyer Maria Garcia describes Mâcon as “a great transition wine that definitely opens the door to the rest of Burgundy.”

“Customers don’t always know that there is some value in Burgundy,” Garcia says. “We generally take them there, especially if they’re looking for more restrained styles.” While truly cheap Mâcon wines can be found, Garcia says the real value in Mâcon can be found at a slightly higher price bracket; balking at a Mâcon because it’s $25 or more on the shelf means missing out.

Mâcon’s history is to blame. For a long time, the region’s winegrowers sold very little wine themselves. Small boutique wineries like Guffens-Heynen, a 1970s pioneer, were rare. Instead growers sold grapes to the local cooperative, which would vinify them and sell them to large brands. All in all, it’s an approach that favors quantity over quality. “I even know producers who prefer not to put Mâcon on the label, because they feel the name has gotten a bad rap for being a bit mass-produced,” Garcia says. That has changed, and the region today is awash in small, quality-driven producers.

“I’m sure right now I could name you 50 very good estates in the Mâcon, which was impossible 20 years ago,” says Jean-Philippe Bret. Bret and his brother Jean-Guillaume started making and selling their own estate wines under the Soufrandière name in 2000. The following year, they launched a separate brand, Bret Brothers, using purchased grapes. All of their estate vineyards are in the village of Vinzelles, so the separate brand enables them to explore more widely. Today, Bret Brothers makes about 20 different wines in the Mâcon, most of them grown organically.

That’s not unusual. Mâconnais wines can be exasperating in their variety, with almost 40 different potential subregional designations. While some are simply labeled “Mâcon,” wines labeled “Mâcon-Villages” only include grapes from a subset of specific areas. At the next highest tier, a specific village name might be appended; for example, Mâcon-Pierreclos or Mâcon-Vergisson. Finally, some of the region’s most famous wines don’t mention Mâcon on the label at all; wine drinkers may never realize that Saint-Véran, Viré-Clessé, and most notably, Pouilly-Fuissé are Mâconnais wines.

“Even in France you can have some confusion between Pouilly-Fuissé and Pouilly-Fumé, so I assume it’s the same in the U.S.,” Jean-Philippe Bret says. The Pouilly-Fumé vineyards lie in the Loire Valley; not only are they outside the Mâcon, they grow a different grape entirely: Sauvignon Blanc.

The understanding behind that diversity is that each village’s vineyards has its own character. The Mâcon is small, spanning about 10 kilometers across and 35 kilometers north-to-south, but the terrain is quite varied. The northern half is rolling hills, with vineyards scattered among patches of forest. In the south, two giant limestone outcroppings, the Roche de Solutré and the Roche de Vergisson, jut almost 500 meters into the air. Vineyards adorn the mountains and hills on every side, unlike in the Côte d’Or, where only the east side of the hills bears vineyards. Each village’s vineyards, therefore, enjoy different sun exposures and temperatures.

With so many village names and lots of small wineries, it can be hard to know where to start. “In Burgundy, you want to spend time on the producers, otherwise it’s a bit of a crapshoot,” Ganzer says. While the wines of each village should have their own character, some producers might not show it off as well. “It’s better to learn who the best producers are if you want to get a more consistent return on your dollar,” Ganzer says. “That said, I will say that Viré-Clessé from various producers has been over-delivering across the board recently.”

Hinkle says that improvements in farming are bringing the wines to a new level of quality, and cooperation between producers is accelerating that process. For example, Frantz Chagnoleau has created a nursery of vines sourced from his own vineyards as well as those of Comte Lafon, Barraud, Olivier Merlin, and others to evaluate which grow best in the region. Participating wineries can then take cuttings for new plantings in the future.

“I think all of these growers together are pooling their brilliance and upgrading their farming and everything they’re doing,” Hinkle says.

The rest of Burgundy—and even France—is beginning to notice, too. The Institut National de l’Origine et de la Qualité (INAO), which oversees regional designations for French wine, cheese, and other foodstuffs, is in the process of approving up to 1,000 acres of vineyards as “Premier Cru,” something producers have been pushing for since 2010. Such a designation would acknowledge that Mâcon wines are comparable to top wines from other parts of Burgundy and elsewhere in France. “It will be a classification of the very best parts of Pouilly-Fuissé, Pouilly-Loché, Pouilly-Vinzelles, and Saint-Véran,” Bret says. “That’s great, because the Mâconnais was the only part of Burgundy where there was no Premier Cru.” Bret expects the designations to be announced in the next two or three years.

Here’s hoping it doesn’t go to their heads. For now, “it feels more entrepreneurial down there,” Ganzer says. “The same way it does in Beaujolais. The stakes aren’t as high, they can take more risks, and they can have more fun. It’s a bit of a playground right now.”