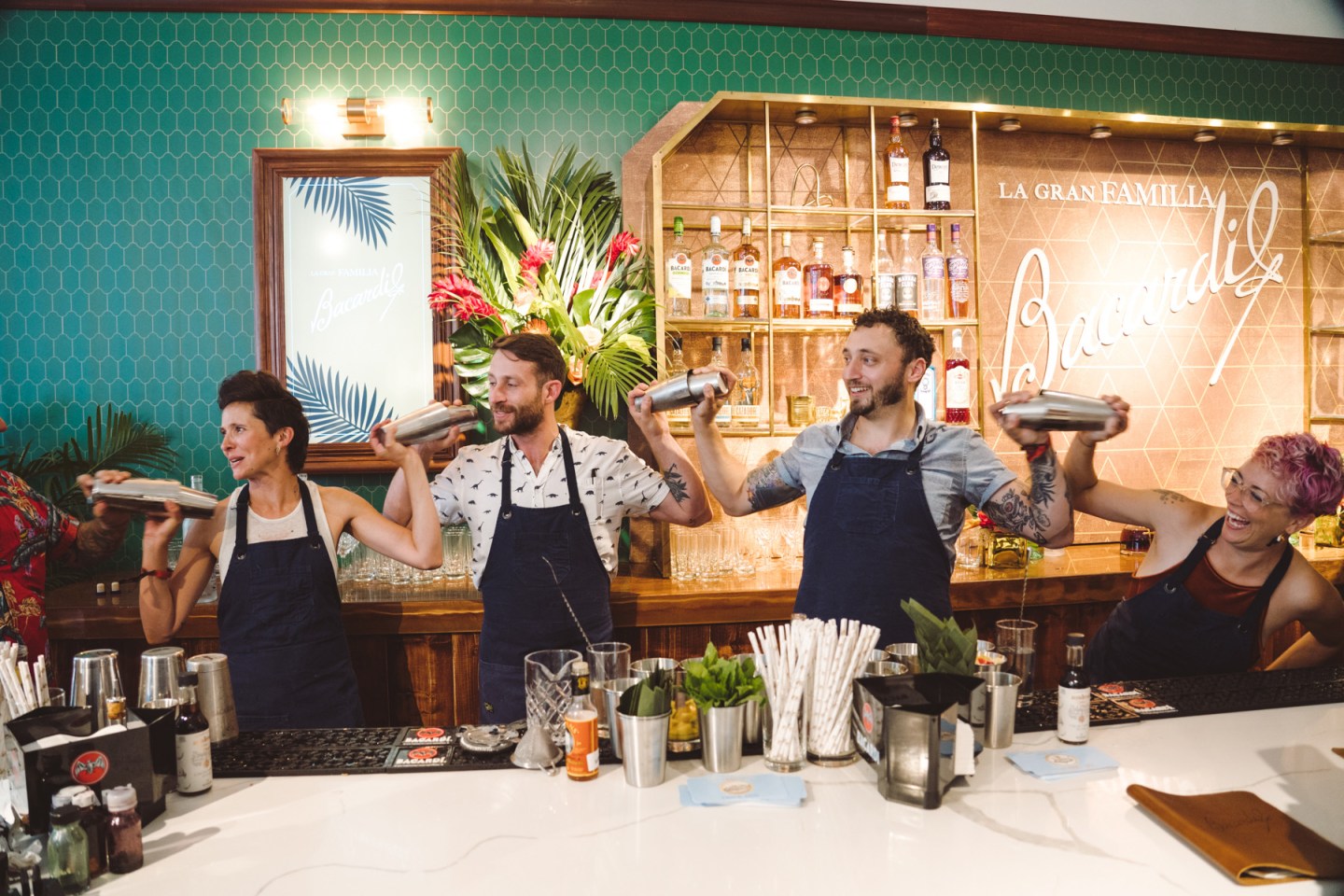 As Tales of the Cocktail attendees sauntered through the hallways of New Orleans’s Royal Sonesta Hotel in search of their next drink, a room full of hospitality professionals anticipated what a panel of their peers had to say. Unlike other seminars that focused on technical skills like the fundamentals of batching, “Inclusion in Hospitality: Why and How to Build a Longer Table” focused on enhancing emotional intelligence. But isn’t the world of hospitality known for training people how to be perceptive?

As I learned, despite hospitality professionals having to fill an empty room day in and day out, there’s still a lot of confusion as to who is actually missing.

Jack From Brooklyn Breaks a Barrier

Jackie Summers had many thoughts go through his head after having a tumor the size of a golf ball pulled from his spine, but one in particular stood out from the rest. “What I really wanted to do more than anything was day drink,” announced Summers in front of the crowd. However, instead of camping out in his local bar like a real-life Norm from Cheers, Summers founded his own liquor brand in 2012. Jack From Brooklyn introduced the world to Sorel, a liqueur that the spirits and cocktail world overwhelmingly embraced.

However, the product represented more than just an intriguing recipe. As Jackie would later discover for himself, he was the only black person in America with a license to make liquor. Unlike creating his beloved Sorel, explaining to others in the industry who he was proved challenging. “The list of macro- and micro-aggressions is too long to share and grows weekly,” says Summers.

That list includes being mistaken for a delivery man as opposed to the owner of his own company as well as having security called on him while waiting to present at a sales meeting. The inhospitable experiences of Summers—as well as the self-realization about his own behavior—pushed him to create a genuine forum for discussion. But why are people actively listening? And what exactly are they learning?

Diversity, Inclusion, and Equity Is Necessary (And Can Help Lead to Profits)

When it comes to profits, a 2018 study by the Boston Consulting Group found that businesses that had diverse leadership experienced improved financial performance as compared with those that did not. Several other notable studies from organizations like McKinsey and Company have also produced research indicating diverse, inclusive environments are more likely to achieve greater financial success. Though having to define diversity, equity, and inclusion is telling of the world that exists outside the cozy confines of the Evangeline conference room, the concept is easy to understand inside. “For me, I think it’s a collection of different personal and cultural identities,” responded Maggie Campbell, president of Privateer Rum, when asked for her definition of diversity.

This year’s theme for Tales of the Cocktail, the largest conference worldwide dedicated to drinks and spirits, was Cultivate.
Courtesy of Cory James Photo

Around the room, attendees demonstrate this concept with specific questions. A gentleman from Romania wonders how he can implement inclusion at his establishment when there’s a distrust of restaurant businesses by some groups in his home community. Another attendee details a conflict that occurred and wonders how he could have handled it better. Perhaps most impactful is the strategy of what people in power can do make the inclusion process easier. “If you don’t know qualified women or brown people to fill management positions, expand your networks,” advises Summers.

Learning a new language, empowering others to make strategic decisions, and paying employees equally were also mentioned when addressing guidelines for managers and owners in search of a better financial future.

No, It Can’t Just Be About the Rum

While some people may see only the food and drink in front of them as the purpose of going out, drinks are political, and those who are leading the conversation about inclusion are passionate about this belief. “The liquor industry was built on the labor of marginalized people,” Summers notes, which makes the continued denial of equity to employees particularly troubling. The experience is just as political for customers, too.

A cocktail at the Tales Headliner Series, a pop-up experience curated by top international and national bartenders.
Courtesy of Cory James Photo

“You stand on the mountain of those who stood before you,” says Samara Rivers, a fellow panel member and cofounder of Black Bourbon Society. Rivers created the group based on her love of bourbon and poor consumer experiences with the industry’s traditional marketing efforts. Food and booze absolutely come with a recipe for political discussion, which, depending on who’s making your drink behind the bar, might be the most memorable aspect of your experience anyway.

What Other Than Hospitality?

Despite the slow pace of progression, the seminar’s return this year to Tales of the Cocktail—the largest conference worldwide dedicated to drinks and spirits—reiterates why hospitality is perhaps the best place for these conversations to be discussed.

A bartender serves drinks at the Tales of the Cocktail pop-up.
Courtesy of Cory James Photo

Then again, the individual success of panel members is a reminder that people are built to overcome bullshit while they wait for everyone else to come around. For panel member Yannick Benjamin, a sommelier with a physical disability, it’s acting as a mentor to other sommeliers while getting ready to open his first restaurant. For Maggie Campbell, it’s becoming a head distiller in the world of rum in addition to pursuing higher education in the world of wine. For Samara Rivers, it’s turning a passion for bourbon into a membership platform that provides a voice for those who’ve felt neglected.

And for Jackie Summers, it’s living every day knowing his brush with death made him a better man. Like any gracious host, Summers ended the seminar by inviting us to indulge in freshly made cookies being passed around the room. Even when digesting the meal can be tough, it’s good to know you can still leave with a sweet taste in your mouth.