Restaurants Are Leveling Up by Creating Their Own Signature Craft Spirits 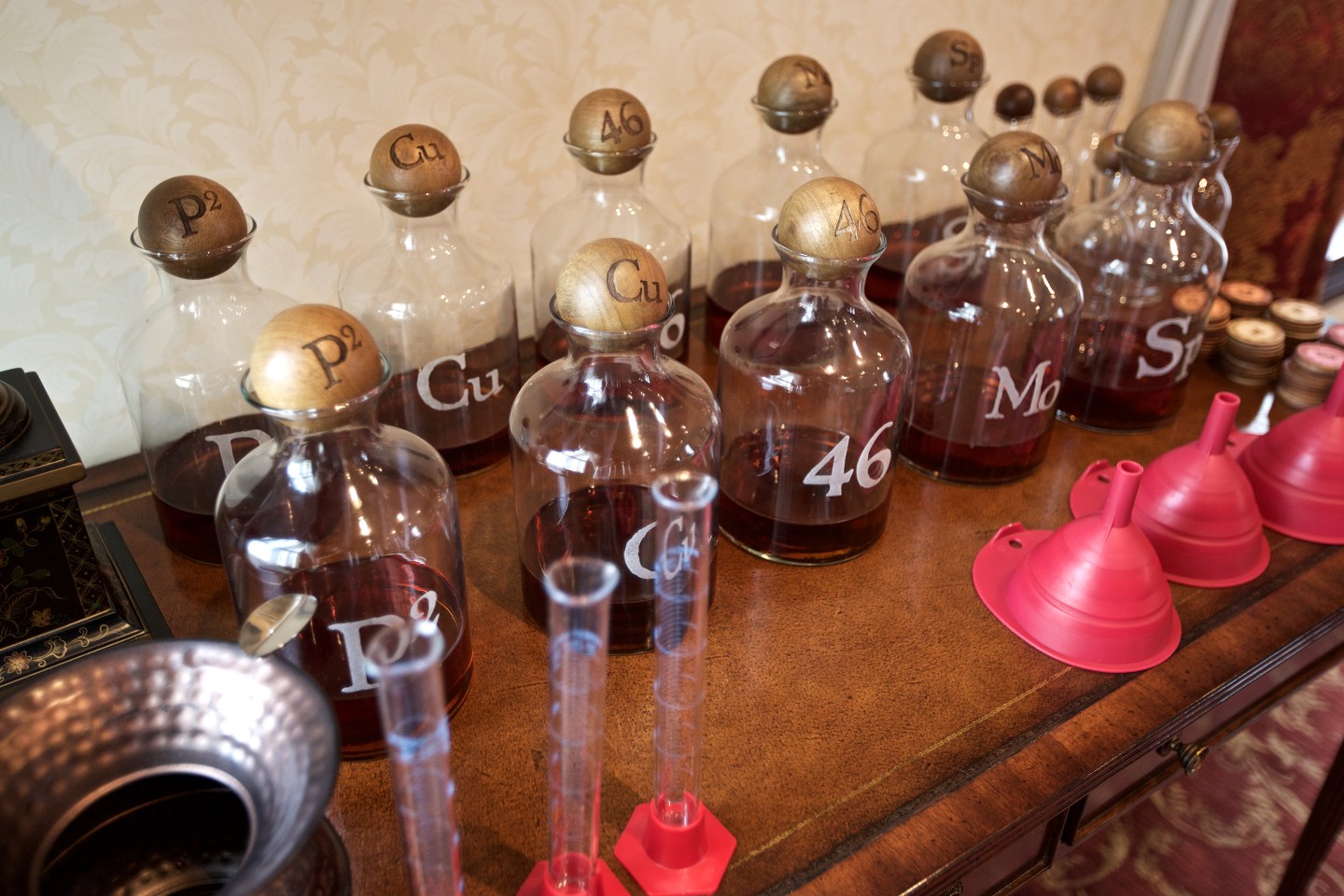 At Matchbook Distilling Company in Greenport, N.Y., the typical sounds you’d expect to hear on a production floor are notably absent today. Instead of producing house blends under the Matchbook name on a daily basis, a lean team led by industry veterans Leslie Merinoff Kwasnieski and Paul Monahan work on contract with clients like the Michelin-starred Uncle Boons to design custom spirit blends that are available only at their client’s location. The distillery even went so far as to purchase and refurbish an old Victorian mansion in order to turn it into a hotel and bar, The Lin Beach House, where clients can stay while they work to create their signature spirit. With today’s guests having more options than ever before to experience food and drink in an exciting way, the idea of a bespoke distillery developing spirits specifically for restaurants and other clients was only a matter of time.

You might be surprised, however, to find out that you don’t have to visit a fancy cocktail bar or an expensive restaurant to find a spot that’s got a bottle you can’t find on a liquor store shelf. Because when it comes to dining trends that actually resonate with guests, from globally renowned brands like Patrón and Woodford Reserve to regional craft distilleries like Minneapolis’s Tattersall Distilling and Seattle’s Copperworks Distilling, being able to offer a signature spirit you can’t find anywhere else has become a restaurant power move. And it’s being embraced by distilleries located even in the most sacred of places: bourbon country.

A Trend Breaks With Tradition on the Kentucky Bourbon Trail

At Maker’s Mark in Loretto, Ky., the bourbon maker known for hand-dipping its bottles in wax is also responsible for launching a unique customization trend. The Maker’s Mark Private Select program, which began at the end of 2015 and released its first barrels in the spring of 2016, is one of the most popular options for chefs and restaurants interested in creating their own signature bourbon.

The program, which started as a way to give the distillery’s local partners in Kentucky something special, now has a six-month wait for clients across the country to create a barrel of bourbon at the distillery. The bourbon takes nine weeks to age to before being bottled, registered, and shipped out, with the entire process taking up to six months after a client has come off the waitlist to receive their order.

But what actually makes these products and the program notable? “Since each barrel of Maker’s Mark is theoretically identical, it wouldn’t make much sense for us to let customers choose their own that would be exactly the same as the next guy’s,” explains Jane Bowie, director of Private Select and head of innovation at Maker’s Mark. “So we created our barrel program to actually allow customers to have a hand in the creation of their very own whiskey barrel by adding 10 custom wood finishing staves into their barrel of Maker’s Mark bourbon. The finishing staves can be any combination of five stave styles, which each produces its own flavor profile, and that were selected for this program as they highlight existing flavors already found in classic Maker’s Mark.”

Maker’s Mark clients taste different bourbon. There is a six-month wait for clients across the country to create their customized barrel of bourbon at the distillery.
Courtesy of Maker’s Mark

To differentiate its process from that of other distilleries, Woodford Reserve batches two barrels together, as opposed to one single barrel, to create a unique flavor for clients like Gallery Restaurant at The Ballantyne Hotel in Charlotte, N.C. Though waiting up to a full year for a product in some cases, depending on the distillery, may seem strange for the restaurant industry, the value of offering guests something the competition can’t is priceless. It’s also not exceptionally costly either. “If you know you can sell the bourbon, it’s not a significant investment. Our commitment was one barrel of Private Select, which equates to about 40 cases,” says Jason Berry, owner of Succotash in Washington, D.C.

Why Chefs, Bartenders, and Distillers Actually Do Love This Dining Trend

“As a chef and restaurant owner, you are always looking for unique and special things to bring to your guests. Being able to partner with another very creative local business to develop my own signature whiskey to serve in my restaurants was a very natural progression,” says chef Justin Sutherland. Teaming with Tattersall to create his own signature whiskey for his restaurants in Minneapolis and St. Paul, the chef found the process of working with the distillery easy since it knew his preferred taste in flavors.

“Justin wanted a whiskey that would pair well with BBQ and smoked meats. The mesquite-smoked single malt immediately stood out as the key component, and we used the applewood and chocolate malted whiskeys to round out and balance the flavors,” says Jon Kreidler, Tattersall’s founder and chief officer.

Justin Sutherland teamed up with Tattersall Distilling to make his signature single malt whiskey.
Courtesy of The Restaurant Project

While no recipe is ever the same for any restaurant client, the common theme of chefs, bartenders, and distillers being passionate about flavor profiles is a primary reason these partnerships succeed.

“Bar and restaurant staff sometimes join us for a day of distillation or help us bottle our spirits,” says Jason Parker, cofounder and president of Copperworks Distilling Company. “Other times we work together to produce a custom product, codesigned between the bar or restaurant staff and our team at Copperworks.”

It’s not just the chefs having all the fun, however, as the distilleries are learning a lot about the best ways to bring out specific flavors. “We’ve had restaurants lean into some of the lighter, brighter, and spicier notes,” Bowie says. “Wood doesn’t always bring out these flavors, so we’ve learned to pair certain wood with the whiskey to allow the fruit to shine through more.”

With both restaurants and distilleries committed to innovation, the future of which drink to pair with your next meal is on the verge of a breakthrough. For now, guests can have fun exploring which unique liquid creations might be worth coming back for. “We’ve had Japanese-style restaurants look to create a Maker’s to pair with sushi,” Bowie says. “It’s a completely different flavor goal for bourbon, for sure, but we’ve managed to get there.”