How to Get the $1,000 Mint Julep Being Served at This Year’s Kentucky Derby 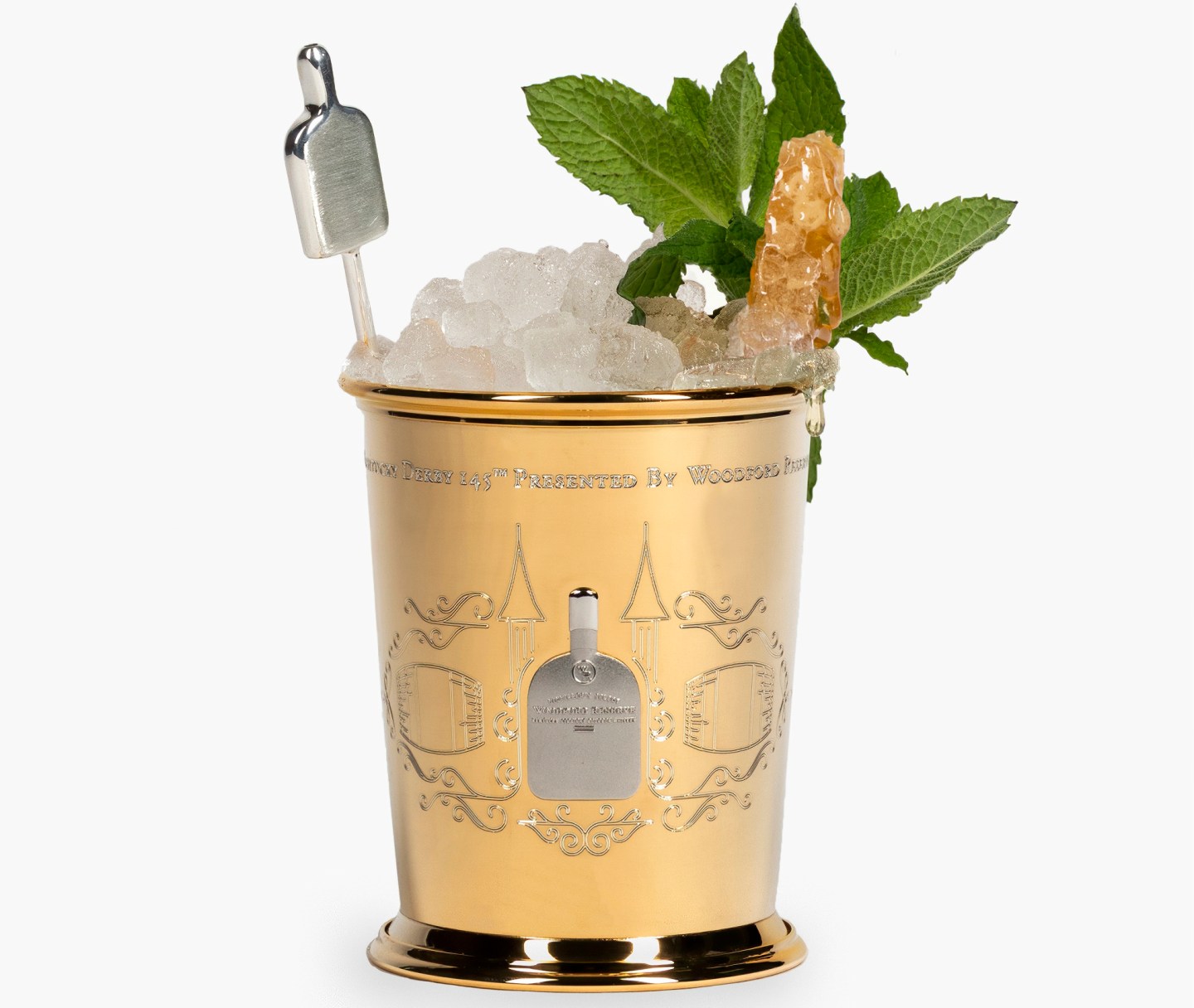 The Mint Julep has been the official cocktail of the Kentucky Derby since 1939, shortly after the end of Prohibition. While thousands of the cocktails will be sold at this year’s race on May 4, Woodford Reserve is already selling an exclusive $1,000 version of the cocktail.

The limited-edition drink will be served in an actual silver or gold cup and made using local ingredients, some as local as the actual race track—and Kentucky bourbon brand expects the special cocktails to sell out.

2019 marks the 14th year Woodford has sold a $1,000 Mint Julep at the race. Traditionally, a Julep is made using ice, simple syrup, mint, and bourbon. Each year, Woodford takes that base recipe, and then adds a spin to make it unique.

For the 2019 version, Woodford Reserve’s Master Distiller Chris Morris along with Assistant Master Distiller Elizabeth McCall filled a barrel once used to age Woodford Reserve with local honey, which was then aged for 145 days in the spire to commemorate the 145th Kentucky Derby. The mint for the cocktail was grown in one of the greenhouses at the Churchill Downs racetrack, and the ice is made using spring water from Woodford’s distillery.

The honey, in particular, is an key ingredient in the cocktail thanks to that barrel-aging process. “It starts to take on some bourbon-like characteristics,” says Morris. “Some oak notes, some vanilla notes, a little bit of the spice and fruit character of Woodford Reserve.” Each cup has twin spires engraved on it and a barrel, symbolizing that aged honey.

If that sounds unique, wait until you hear about the Julep that started it all in 2005. “We had ice airfreighted to us from the arctic circle, and we had mint from Morocco, and, of course, Woodford Reserve,” says Morris. “We haven’t gone to that extreme since.”

The proceeds from the sales of the cocktail cups always go to charity, but that charity changes each year. This year’s proceeds will be given to the John Asher Memorial Scholarship Fund at Western Kentucky University. Asher, who died last year at the age of 62, was the vice president of communications at Churchill Downs and attended the university. Previous recipients have included the Wounded Warriors Equestrian Fund and the Jennifer Lawrence Arts Fund, a fund established by the Academy Award winning-actress to support delivering arts education and opportunities to children in the Greater Louisville area.

“They always sell out,” says Morris, although he admits that wasn’t the case in the early years when Woodford was not quite as well known. In those days, Woodford also didn’t have the ability to sell the cups online, which is how the cups are sold now. Woodford also holds back 15 cups to sell on-site at the race.

“You have to come to the track to get it,” says Morris. He, along with McCall, will be on-site at a special booth to help guide the bartenders on how to make the drink as well as to chat with buyers—and perhaps have a few Mint Juleps themselves.