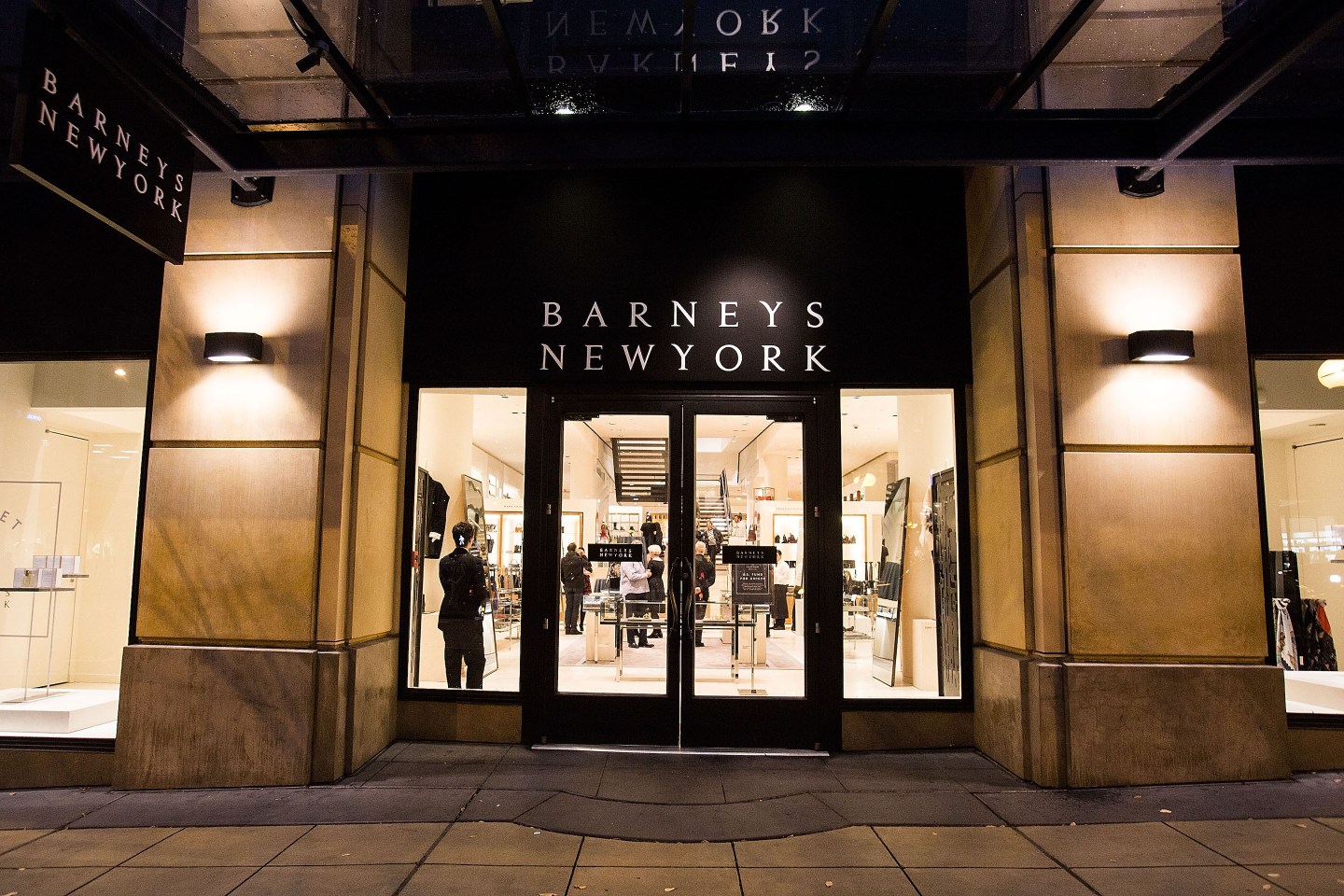 Among the immediate casualties of Barneys New York’s bankruptcy protection filing this week are the luxury department store chains’ locations in Seattle and Las Vegas.

That’s a good thing. The downtown Seattle store is hardly more exciting than a Banana Republic and barely frequented, just a stone’s throw away from Nordstrom’s lavish flagship, an inexplicably weak showing in its rival’s hometown.

One big lesson in retail: If a chain wants to take on a rival on its home turf, it has to bring its A-game. (Saks Fifth Avenue left Dallas, as did Barneys, a few years ago, unable to compete against Neiman Marcus.)

As for the Barneys on the Vegas strip, while pleasant, it is anything but dazzling and feels like a ghost town compared to the Chanel, Prada, and even Neiman Marcus in the area.

Barneys, which late Tuesday secured a $218 million lifeline while it searches for a buyer, will see its fleet fall from 22 locations to five regular stores, including its iconic New York City store on Madison Avenue, a satellite location in the city’s Chelsea district, Beverly Hills, San Francisco, and Boston, and two outlet stores. (It will soon open a new store at a mall in New Jersey, as planned.)

That will allow Barneys, a fabled tastemaker and unabashedly exclusive retailer, to go back to being a niche player focused on fewer stores with true luxury emporia worthy of shoppers’ time and money, while offering something different than what the competition does, and not be held back by poor stores draining its coffers and that consumers don’t want anyway.

There is no justification for operating mediocre high-end stores, at a time shoppers can go online to Net-a-porter, Farfetch, The Real Real, and frankly, directly to luxury brands’ stores and web sites.

A Barneys unhampered by weak stores might finally upgrade its e-commerce, which lags that of immediate rivals like Nordstrom, Saks, and Neiman Marcus, as well as digital-only upstarts. At other department store chains, e-commerce garners about 30% of sales, making it clear there is no need for meh stores.

However tempting, building a national presence is ubiquity, which is antithetical to true luxury and brand-damaging.

Barneys isn’t alone in closing stores. Saks is down to about 40 U.S. stores from nearly 60 a decade ago, and recently closed a store in Lower Manhattan after only two years. Saks has instead pour hundreds of millions of dollars into its Manhattan flagship, where it gets 20% of sales, and business is booming again.

(More than one analyst has argued that Neiman and Saks could each go from 40 stores to 20 over time without losing revenue. The two brands’ parent companies had reportedly discussed a merger a few years ago.)

A leaner, more focused Barneys also stands a better chance of fighting incursions onto its home turf: Neiman, whose total sales are in decline, opened its first Manhattan store this spring, and the battle gets more intense in October when Nordstrom, also struggling, finally arrives in New York with a massive full-service department store.

True luxury stores don’t need big footprints anyway. Just look at Harrods, which operates a single store in London, or Bergdorf Goodman (part of Neiman Marcus Group but operated independently), with its iconic Fifth Avenue store and a small men’s store next door. They are destinations precisely because they are not everywhere.

Barneys for decades led the way in luxury fashion, being one of the first to showcase designers like Comme des Garçons, Dries Van Noten, and Azzedine Alaïa, among many others.

And now a leaner Barneys stands a better chance of regaining that leadership than a limping chain operating ho-hum stores in second-tier markets.