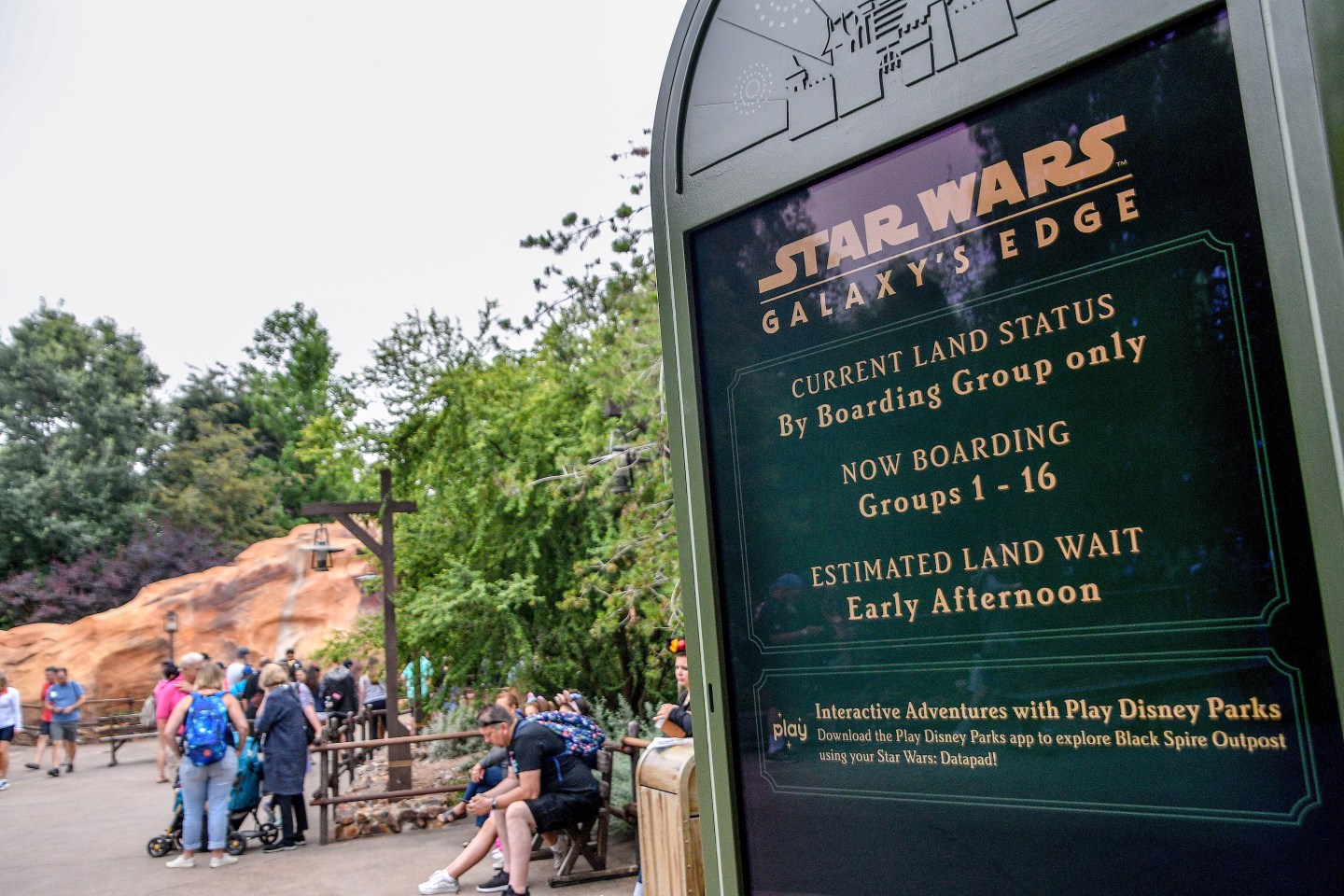 Profit at the company’s domestic resorts fell in the latest quarter, which was marked by the ballyhooed opening of Star Wars: Galaxy’s Edge, the largest addition ever to the Disneyland in resort in Anaheim, California. A second version of the space-themed land opens in Florida this month.

The shortfall was a shock to investors who were counting on Disney’s market-dominating theme parks and film slate to shoulder the burden of growth as the company goes head to head with Netflix Inc. in streaming. Spending on movies and TV shows for new online services led to a $553 million loss in Disney’s direct-to-consumer division.

Last quarter, the company released “Avengers: Endgame,” the highest-grossing movie of all time, as well as “Aladdin” and “Toy Story 4.” But “Dark Phoenix,” a Marvel movie inherited in the $71 billion acquisition of Fox assets, spoiled the party, and the company took a write-off on the film.

Christine McCarthy, Disney’s chief financial officer, acknowledged on a call Tuesday that fewer annual pass holders visited the California resorts. She also said some potential guests to Florida parks put off their trips to await the opening of the new Star Wars land there.

Disney shares fell as much as 5.8% in after-hours trading. They were up 29% this year through Tuesday’s close, compared with 15% for the S&P 500 Index, even though the company had warned of high costs in the years ahead as it presses into streaming.

As the Star War opening approached, Disney tried to manage an anticipated surge in crowds at its California resort. For example, the company allowed only those with reservations into the attraction for the first three weeks. But social media was aflutter with images of lightly walked streets and short waits for attractions. Sales of Star Wars merchandise slumped, the company said Tuesday.

Chief Executive Officer Bob Iger had said he didn’t even need to advertise the new attraction, since anticipation among Star Wars fans was so high. But the company has since stepped up promotions of Galaxy’s Edge on billboards and social media. Disney also lifted restrictions on employees attending the attractions and introduced some discount pricing for season pass holders.

It all added up to a big miss for the usually reliable entertainment giant.

Disney’s profit, excluding some items, slumped to $1.35 a share in the quarter ended June 29, missing the $1.75 average of analysts’ estimates compiled by Bloomberg. Revenue missed forecasts by more than $1 billion, with the company saying lower attendance led to reduced profit at its domestic parks.

Profit at the TV division, Disney’s biggest, rose 15%, buoyed by the cable division, which absorbed Fox channels including FX and National Geographic. Disney incurred restructuring charges of $207 million related to the Fox acquisition following the first full quarter of ownership.