Why Upwork Scratched College Degree Requirements From Our Job Descriptions 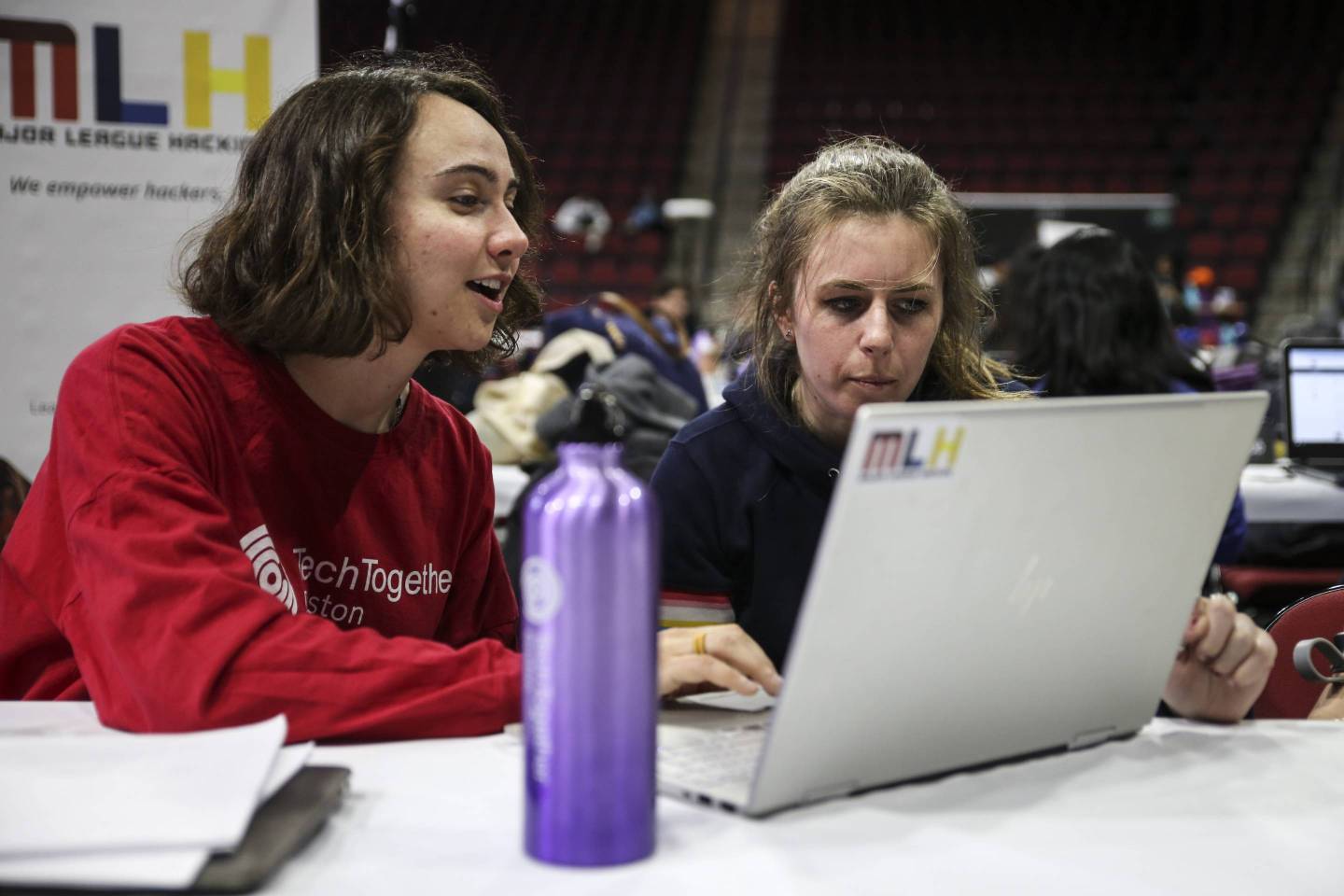 BOSTON, MA - MARCH 22: Rosalind Ellis, left, assists Tessa McNeil, a student at Boston University, on a coding project during the TechTogether hackathon in the Agganis Arena in Boston on March 22, 2019. TechTogether is a hackathon open to women and non-binary people meant to represent opportunities for both groups in the tech industry. (Photo by Nathan Klima for The Boston Globe via Getty Images)
Nathan Klima—The Boston Globe via Getty Images

In March, federal prosecutors alleged that 33 parents, including well-known actors and business leaders, conspired to get their children admitted to different universities around the country by bribing coaches and school officials. The case appears to be expanding as an additional undisclosed number of parents have come under investigation.

This scandal is the sign of an educational system at its breaking point. Tuitions continue to skyrocket, making degrees so expensive they’re burdening younger generations with debt that outpaces earnings potential. At the same time, a growing number of employers have concluded it no longer makes sense to rely on four-year colleges to uncover the best and brightest. Recently, some of the country’s largest and most successful companies, including Apple and IBM, stopped requiring that applicants possess a college degree for many positions.

At Upwork, we have done the same for all positions with our company, removing a college degree as a requirement from our employee job descriptions.

Increasingly, four-year universities produce too few graduating classes that are reflective of the country’s racial, social, and economic diversity. Because of their soaring fees, colleges are pricing themselves out of reach for many Americans. As a result, businesses are in danger of being walled off from huge sections of America’s talent pool.

The people who may be shunted to the margins of the labor market won’t be disqualified for lack of intelligence or skill, but because they simply can’t afford to pay for school.

Average yearly tuition costs at four-year universities more than doubled between the 1985-1986 and 2015-2016 academic years from $12,052 to $26,120, adjusted for inflation. Since the time required to graduate is typically four years, many students will accept their diploma while hefting more than $100,000 in debt. The payment plan for federal student loans calls for them to be repaid in 10 years, but research suggests it often takes twice as long.

The kind of training students receive at four-year schools has also failed to keep pace with the changes in the job market. In the 2018 Freelancing in America survey, co-commissioned by Upwork and Freelancers Union, 93% of freelancers with a four-year college degree said skills training was useful for the work they currently did, compared to only 79% who said their college education was useful.

More businesses should overhaul their outdated practices and stop pretending that when it comes to the skills they need in employees, there’s any correlation between a degree from one of the nation’s elite schools and high performance.

University degrees may be necessary for certain work. Developing the sophisticated artificial intelligence that’s needed to prevent self-driving cars from careening into walls will require plenty of Ph.D.s. But the vast majority of knowledge workers aren’t doing this kind of work.

Some companies have already begun to experiment with new ways to identify talent. In 2016, Indian e-commerce giant Flipkart hired three workers without interviewing them. The hires all attended Udacity, the for-profit school that offers online courses and awards graduates a “nanodegree” in programming skills.

More and more, nanodegree programs for software engineering and computer programming are cropping up. Schools such as 42 Silicon Valley, Holberton (where I’m on the board), and the Lambda School prepare students for the workplace in less time and for far less money than a four-year institution does.

Writing software is exactly the kind of skill that a one- or two-year degree could and should provide. Vocational training and apprenticeships are a viable solution. For a long time, vocational schools in the U.S. have been synonymous with manual labor; but that’s not the case in Europe. There, vocational programs train students to become lawyers and stock traders as well as carpenters.

In Switzerland, over 70% of the country’s students combine their classroom studies with on-the-job training. Researchers credit the system with reducing Swiss youth unemployment following the 2008 economic recession by providing low-cost and effective job training. Sergio Ermotti, the CEO of powerful Swiss investment bank UBS, didn’t launch his career from one of Europe’s prestigious universities. He learned accounting and finance during an apprenticeship with a local bank in Lugano, Switzerland.

Companies pitch in by providing in-house training, but then benefit by obtaining access to the best students. The Consumer Technology Association (the trade group representing more than 2,200 tech companies) formed an “apprenticeship coalition” in January, which includes SoftBank Robotics, Toyota, and Walmart. IBM, Amazon, and Microsoft also have apprenticeship programs.

Companies can start assisting the next generation of workers now by dropping a college degree from their requirements. They can begin looking for new methods to determine whether workers possess a new posting’s required skills. If they hire someone carrying a big debt, they can allow them to work remotely from wherever they want to live, instead of requiring them to migrate to expensive cities such as San Francisco or New York.

If education becomes unaffordable for most and companies continue to require college degrees, we’ll perpetuate a system by which those companies will only hire from a relatively small and privileged group of graduates. That makes no business sense for a country that’s already suffering from a painful lack of know-how in many crucial tech sectors. It also isn’t fitting for a country known as the land of opportunity.

Stephane Kasriel is the CEO of Upwork.

—Why the U.S. should embrace “Green China Inc.,” not fight it

—Amazon’s Alexa is gaining medical skills. That could be bad for health care

—Democrats shouldn’t be skeptical of the U.S.-Mexico-Canada Agreement
—Business execs lobbied Congress for a national carbon price. We listened