My Fellow Democrats Are Skeptical About the USMCA. They Shouldn’t Be 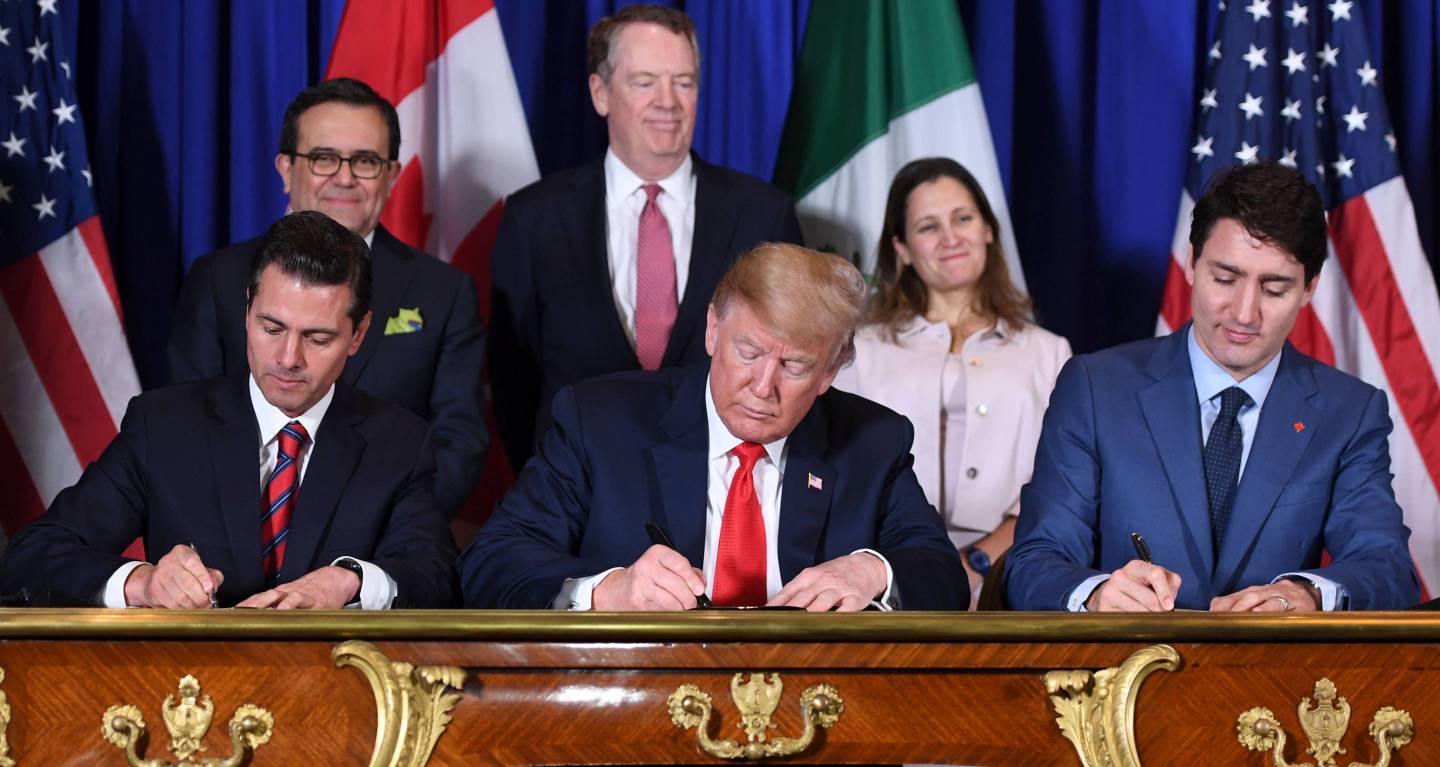 Congress will soon vote on the United States-Mexico-Canada Agreement (USMCA), a landmark trade pact finalized by all three nations last November. This deal—which includes 34 chapters on trade issues ranging from intellectual property and digital trade to rules of origin and technical barriers—is a historic victory for workers. It would guarantee fairer pay through wage requirements, ensure safe working environments, and strengthen workers’ rights to unionize for better benefits.

Despite these labor-friendly provisions, my fellow Democrats have been slow to endorse the USMCA but their hesitation—mostly over enforceability measures for North American laborers—is unwarranted. Ratifying the agreement is the surest way to improve the lives of workers across North America.

Just look at how the deal helps auto workers: To qualify for tariff-free treatment, the USMCA requires 40 to 45% of a vehicle’s parts to be manufactured by North American workers earning at least $16 an hour. This provision would help deter auto companies from shutting down U.S. and Canadian factories and outsourcing production to Mexico, where auto workers make just $3.14 an hour on average.

The USMCA also incentivizes automakers to shift production from Europe and Asia to North America. Currently, under NAFTA, vehicles qualify for tariff-free treatment if 62.5% or more of their value comes from North America. The USMCA would raise that requirement to 75%. This would encourage multinational auto manufacturers to build more vehicles at U.S. factories and source more parts from American suppliers, rather than import those parts from abroad. Toyota recently announced an additional $750 million investment in five U.S. plants, presumably in anticipation of Congress ratifying the USMCA.

According to a recent survey by LevaData, nine in 10 U.S. auto executives agree that the trade deal would increase auto manufacturing across North America. And 53% of those polled said it would provide a net gain for both workers and consumers.

The USMCA also helps labor unions expand their presence in Mexico by requiring the country give all workers the right to organize, join the union of their choice, and engage in collective bargaining activities. To protect these rights, Mexico would have to create a system of independent courts charged with settling labor disputes—and some Democrats have been skeptical that Mexico would actually enforce this provision.

But the Mexican Senate just overhauled the country’s labor rules, guaranteeing union independence from management’s influence, and ensuring that labor disputes can be settled in a timely fashion. Such changes signal that our southern neighbor has the intention of following through on its end of the bargain. As Mexican President Andres Manuel Lopez Obrador remarked after the labor bill’s passage, “two purposes are accomplished: the main one is that it benefits Mexican workers… but it also fulfills the commitment that was made with the government of the United States.” He’s right.

The USMCA protects all workers, regardless of industry. The deal, for instance, compels the U.S., Mexico, and Canada to protect migrant workers from exploitative practices and cracks down on gender discrimination in the workplace. For instance, all three countries must also adopt more extensive policies that impede employment discrimination based on “sex (including with regard to sexual harassment), pregnancy, sexual orientation, gender identity, and caregiving responsibilities.” Additionally, under the USMCA, each signatory nation must grant parental leave in the event of a child’s birth or adoption.

Moreover, the USMCA strictly prohibits all forms of compulsory labor, including child labor, within the three countries. NAFTA didn’t completely ban compulsory work and allowed Canada, Mexico, and the U.S. to make some exceptions to permit certain forms of it.

By swiftly ratifying the USMCA, the lives of workers both at home and abroad can be improved. While the U.S. already has some of the strongest worker protections in the world, the USMCA makes these strong protections a North American standard.

Gary Locke is honorary co-chairman of the Pass USMCA Coalition and previously served as governor of Washington, as the U.S. ambassador to China, and as secretary of commerce.

—Too few Americans have access to a workplace retirement plan. The SECURE Act can change that

—Why Joe Biden is a true progressive candidate