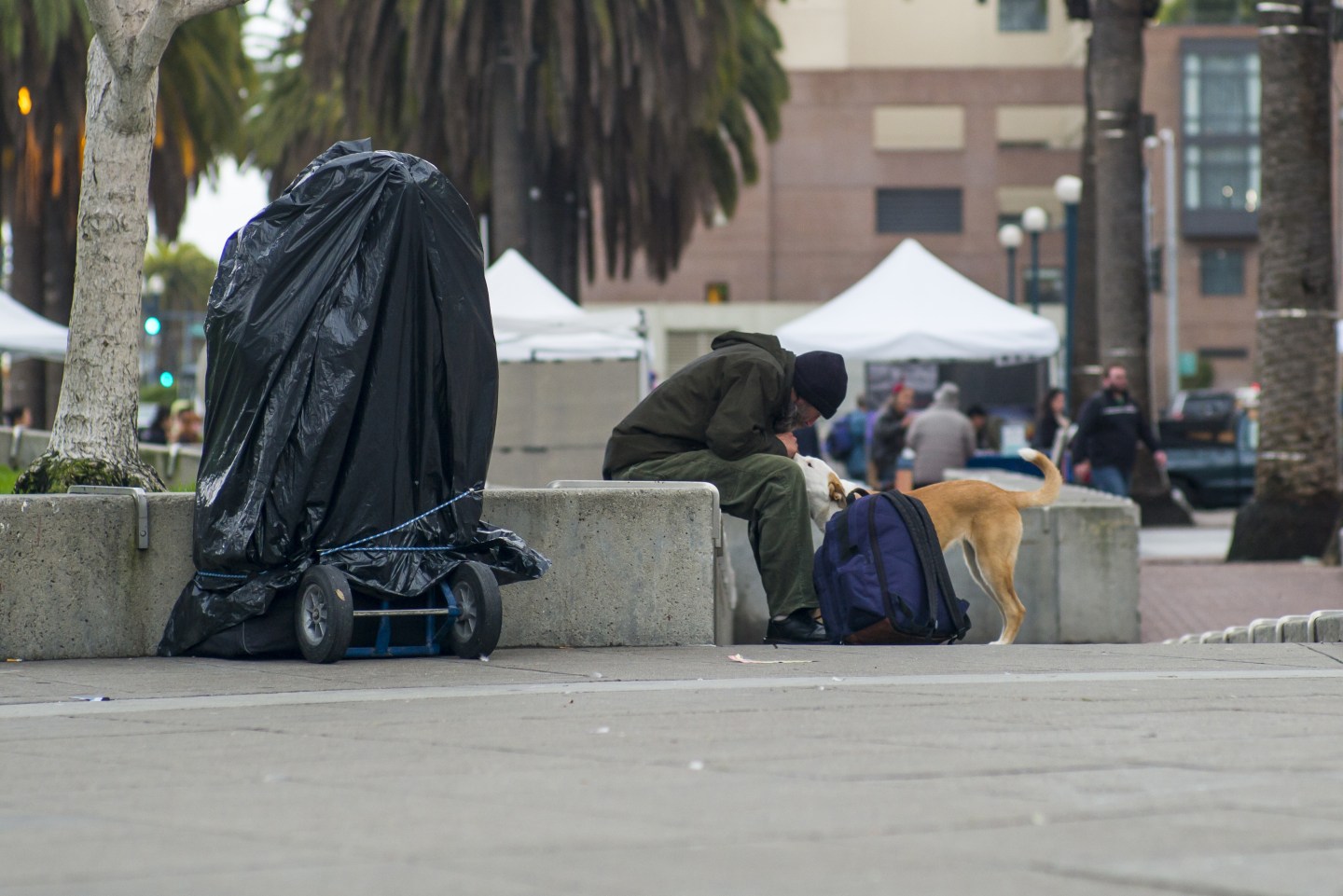 A man plays with a dog in Justin Herman Plaza in San Francisco, California, U.S., on Thursday, Jan. 21, 2016. San Francisco, host city for the National Football League's (NFL) Super Bowl, has dispatched a team of social workers, cops and fire fighters to remove the homeless from the long-time homeless encampment that will be the site of "Super Bowl City," a free, family-friendly fan village that will feature concerts, interactive games and celebrity appearances. Photographer: David Paul Morris/Bloomberg via Getty Images
Photograph by David Paul Morris — Bloomberg via Getty Images

San Francisco has no shortage of business conferences, from product releases to industry summits to multi-day multinational medical gatherings. (There are even conferences held by this very publication.) But the city’s challenges with homelessness and street life are well-known—so much so that San Francisco has lost at least one major physicians conference over the situation.

According to a report in the San Francisco Chronicle, a survey of past attendees of the unnamed medical conference cited feeling unsafe walking on San Francisco city streets, prompting the doctors group to seek a new venue for its semi-annual gathering. Their reported concerns: open drug use, threatening behavior, and mental illness on display.

The decision is extraordinary because such events take years to plan. It’s the first time the city has lost a major convention due to visitor discomfort and concerns about safety, according to Joe D’Alessandro, president and chief executive of the San Francisco Travel Association, speaking to the Chronicle. He added that the five-day trade show helps the city generate $40 million from its 15,000 attendees. (Speaking to the Chronicle, D’Alessandro declined to name the medical group in hopes of bringing it back to the city for a future event; he did not respond to a Fortune request for comment.)

Tourism is San Francisco’s biggest industry, and the SFTA estimates the city had 25.5 million visitors in 2017. That’s an increase of 2.6 million people since 2013. In 2017 alone, visitors to San Francisco spent $9.1 billion with conventions accounting for an additional $687.4 million in direct spending.

Statistically speaking, San Francisco does not lead the nation in homelessness. (That dubious crown goes to New York City or Seattle, depending on how you count.) But the visible nature of the epidemic in the city, where many people live on the streets instead of in shelters, makes it a particularly notable situation for visitors and residents alike. Indeed, homelessness was a platform issue in the recent San Francisco mayoral race.