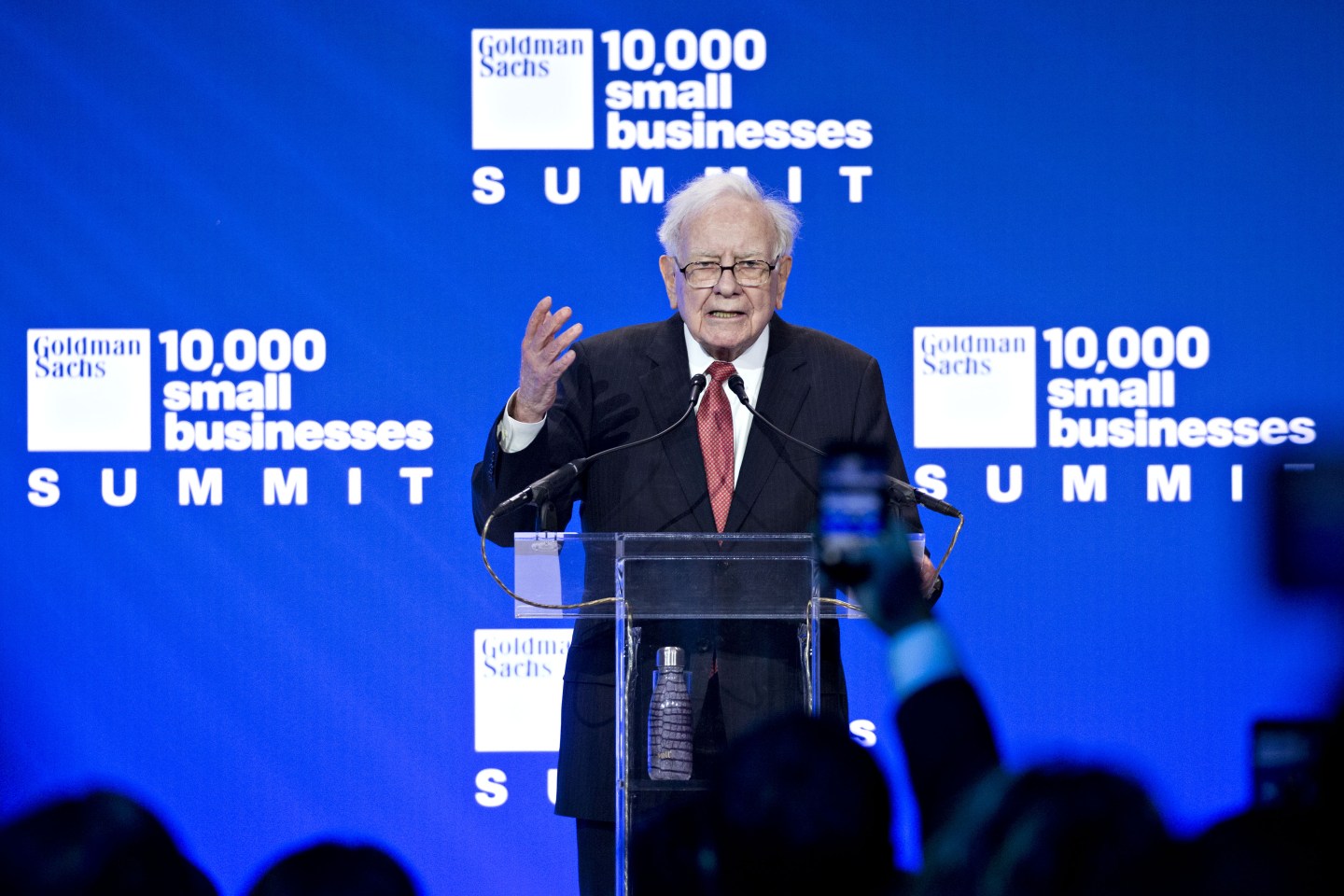 It’s that time of the year again.

On Saturday, Berkshire Hathaway (BRK-A) shareholders will pile into an arena in Omaha that holds 18,300, where they’ll watch Berkshire CEO Warren Buffett and Vice Chairman Charlie Munger for about five hours.

It’ll be ample time for the investing titans to cover a broad swath of topics, ranging from artificial intelligence, to dieting, to Jeff Bezos, to the future of Berkshire Hathaway itself.

Here are a handful of other topics to watch out for when the event begins:

In years past, Buffett has largely avoided investing in technology firms, saying he doesn’t buy what he does not understand.

Cut to Friday, when Berkshire Hathaway announced that it had bought another 75 million shares of iPhone-maker Apple (AAPL)—making the company the insurance giant’s largest single holding.

Shareholders will likely be looking for more details as to why Berkshire has ramped up the investment by so much—and for clues to whether Buffett may choose to widen his tech portfolio. Berkshire is now said to be Apple’s third largest shareholder.

The future of value investing

In recent years, stocks thought to be value investments—that is, those seen as underpriced relative to their intrinsic value—have underperformed their growth oriented peers. Buffett is perhaps the best-known investor associated with value investing, and he and others have decried the dearth of opportunities in the market.

“So the question would be around this historic value tilt—which has not worked well in terms of the market—where does Buffett see the end game?” asks Stephen Biggar, an analyst at Argus Research. “Is he going to stick with value, and hope it returns, or alter some of [his] positions to be more growth oriented?”

Kraft Heinz and the lack of major acquisitions

2017 was something of an acquisition drought for Berkshire Hathaway. Amid elevated stock prices, the firm seldom pulled the trigger, and its dry powder swelled to $116 billion in cash and Treasury bills at the end of the 2017. For investors, that’s raised questions about where and how the company might spend those funds to help boost earnings.

Previously, Buffett has said that share buybacks are a possible route. But Buffett and Munger said in their annual letter to shareholders that what they really want to do is to make “one or more huge acquisitions.”

Edward Jones analyst James Shanahan says he’s curious especially as to whether packaged-food giant Kraft Heinz (KHC), of which Berkshire Hathaway is the biggest shareholder, will be making acquisitions. Investors haven’t seen a deal from Kraft Heinz in the last two years, even though Kraft Heinz’s other backer, 3G Capital, helped build the company through several years of aggressive M&A.

“But now the narrative will be related to when and if there will be any more acquisitions, and will it be a good idea to roll up the packaged food goods business, given the challenges in the space,” Shanahan said.

Insurance is a major component of Berkshire Hathaway’s business—with auto insurer Geico representing a particularly large segment. But in recent quarters, that business has struggled somewhat amid a tidal shift within the industry itself.

The insurance industry facing the long-term threat of potential car automation, which would reduce the pool of customers. At the same time, better technology in cars has also made it more expensive to repair vehicles, leading to rising claims costs.

Insurers have risen rates in response. Geico has raised its prices less than most, allowing the firm to gobble up market share. But it comes at the cost: higher profits. Investors will be watching for clues as to what Geico will do next.

Buffett has stood steadfast by Wells Fargo as an investment, even after the company was fined in 2016 for opening up millions of fake accounts. But since then, punishments of Wells Fargo have increased, with the bank paying $1 billion in April to settle allegations of abuse in its auto lending and mortgage lending segments. The Federal Reserve also restricted the firm’s ability to grow its assets any further until it manages to fix its internal problems in February.

Another Buffett-backed bank, U.S. Bancorp, was fined $613 million for not defending against money-laundering in its business.

“We’d be curious about an update on those investments, especially since those challenges are avoidable,” says Shanahan. But as the Edward Jones analyst notes, don’t get your hopes up too high for a lecture from Buffett. “I don’t think he has a reputation for bold statements or surprising investors,” Shanahan adds.