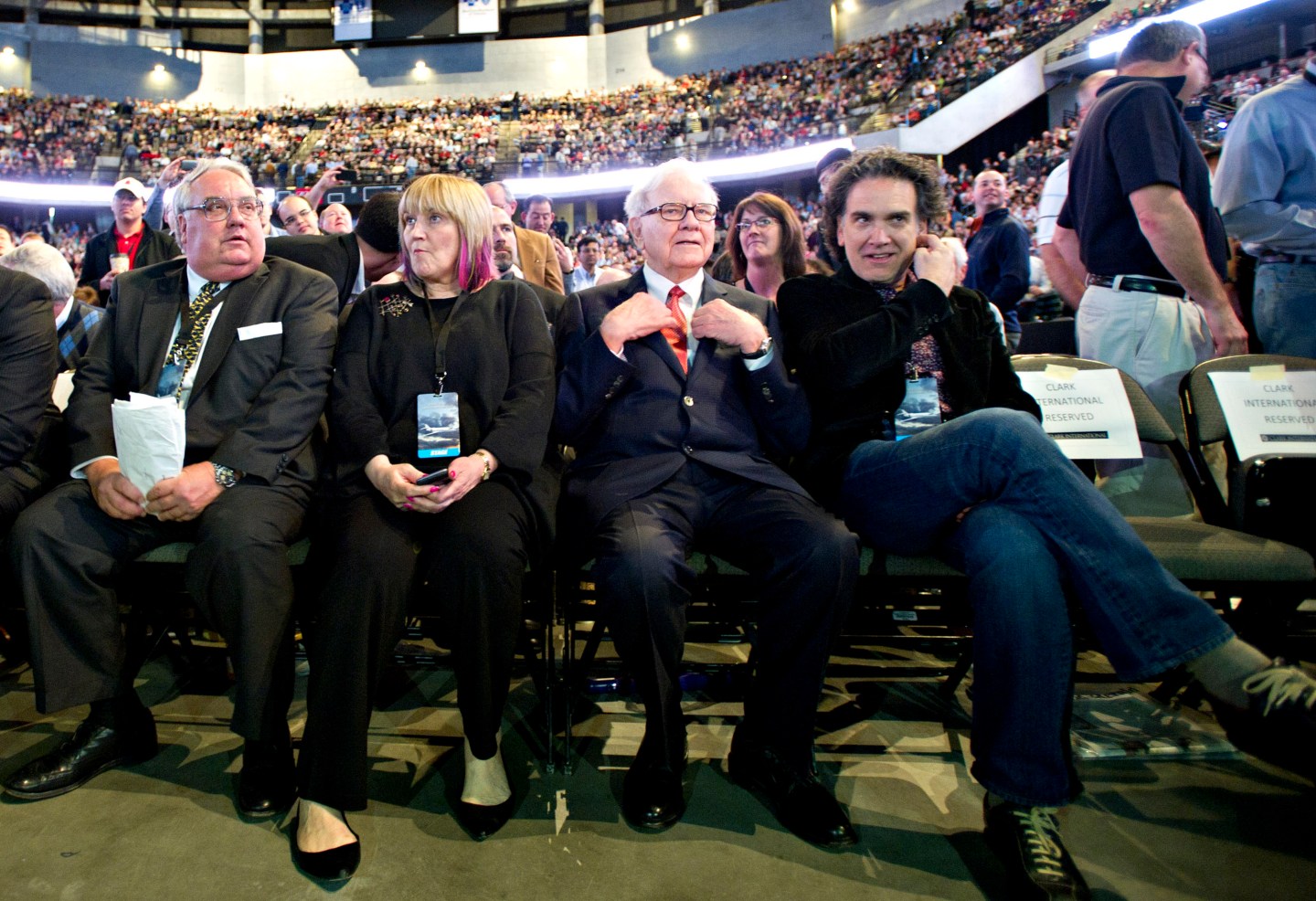 Warren Buffett, chairman of Berkshire Hathaway, will answer a Q&A session at the 2018 annual meeting.
Bloomberg via Getty Images

It’s one of the most highly anticipated investing events every year: the annual Berkshire Hathaway shareholder’s meeting, watched closely not only for nuggets of wisdom from the world’s third-wealthiest person, Warren Buffett, but also for hints about the future of one of the nation’s largest companies.

Berkshire Hathaway, a holding company that includes everything from huge insurance companies to a a boutique candy-maker, along with a huge portfolio of other companies’ stocks, is currently the 6th biggest company in the world by market capitalization. The savvy of its aging leadership has long been tied to the firm’s success. But in recent months, Buffett, now 87, has revealed more concrete clues about a succession plan—naming Gregory E. Abel, the head of Berkshire’s non-insurance businesses, and Ajit Jain, leader of insurance operations, to Berkshire’s board.

While the meeting’s location is in Omaha, the investing and insurance giant is opening up parts of the convention to the public via live stream.

When is the meeting, and where do I watch?

The answers, to questions chosen by the journalist moderators, are expected to be candid. “Neither Charlie nor I will get so much as a clue about the questions to be asked,” Buffett wrote in the annual visitor’s guide. “We know the journalists will pick some tough ones and that’s the way we like it.”

Who else watches the live stream?

Last year, some 3.1 million viewers watched the stream, up 72% from a year earlier. Meanwhile, replays of shorter cuts of the meeting garnered about 17.1 million views, Buffett’s annual letter relayed.

What won’t I see?

Quite a bit. While the Q&A session is live-streamed, the annual Berkshire meeting is a three-day affair that formally starts Friday, with a “shareholder shopping day.” In 2017, about 12,000 attended.

The event includes a spread of booths, including many selling specially branded products for the event from Berkshire-backed companies, such as See’s Candies, Fruit of the Loom, packaged-food giant Kraft Heinz, GEICO, and Dairy Queen. Berkshire has also set up an on-site shipping service for those who don’t want to travel home with their new products.

As Buffett noted in his 2017 shareholder letter, the products will be for sale. “Your Chairman discourages freebies,” he wrote.

The event will also be dotted with cocktail receptions and feature a 5K run and networking events.

When is the next meeting?

The company says the 2019 annual meeting is scheduled for Saturday, May 4.