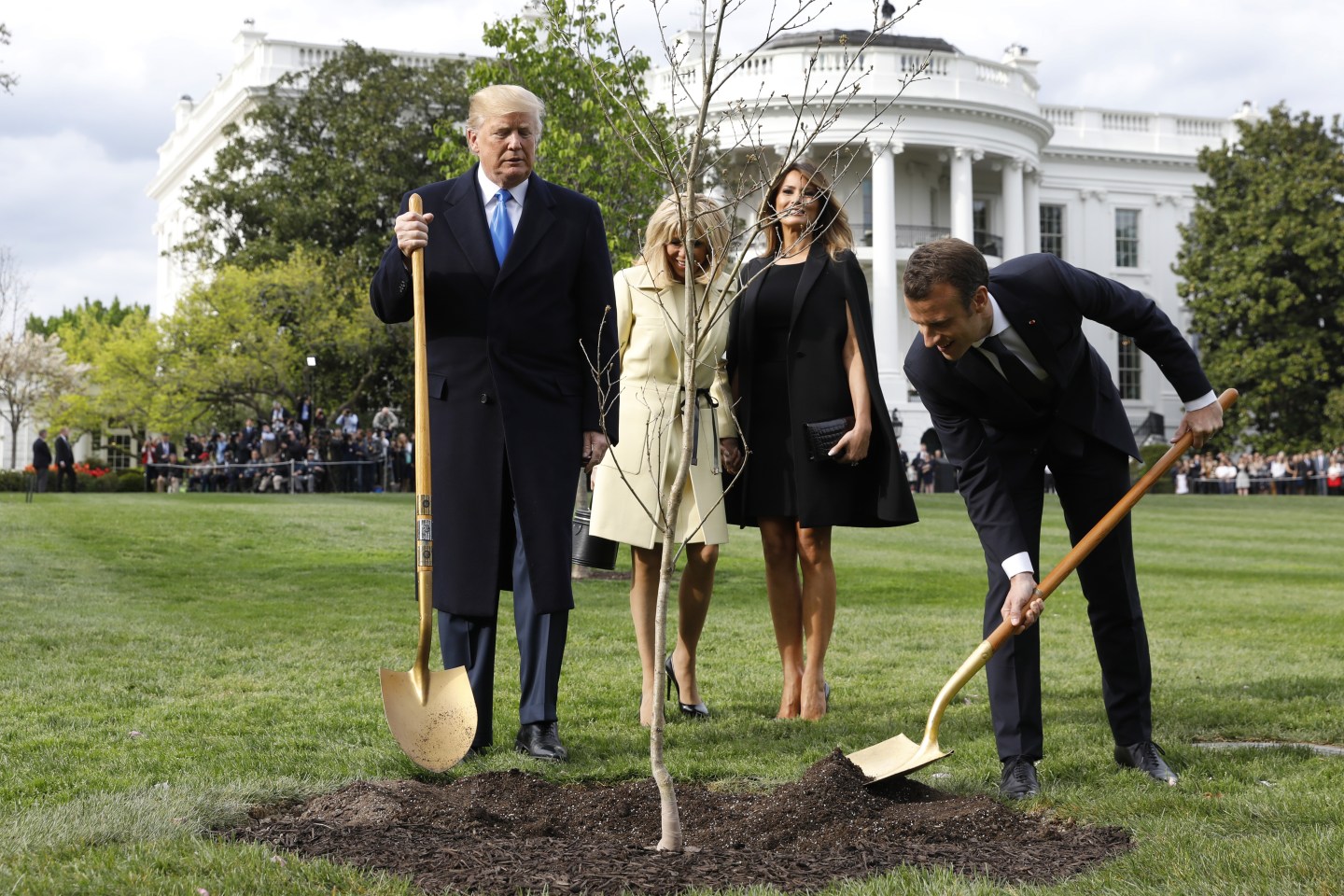 Remember the sapling that French President Emmanuel Macron gave to his American counterpart, Donald Trump, on his state visit last week? The one that, via a photo of the two presidents planting it, sparked much hilarity on social media?

Well, the sessile oak sapling—from Belleau, the French site of a World War I battle—is no longer on the White House lawn.

This fact was first flagged by a Reuters photographer, who noted on Saturday that there was now a piece of yellowed grass on the spot where the sapling stood just days ago.

For a while, the oak’s disappearance was a great mystery. But on Sunday, a perfectly reasonable explanation came to light.

According to Gérard Araud, the French ambassador to the U.S., the tree was placed into quarantine, and its photo-op planting had taken place with plastic around the sapling’s roots.

It is in quarantine which is mandatory for any living organism imported to the US. It will be replanted afterwards. https://t.co/XyJRKTgPWW

No. The roots were enclosed in a plastic protection. https://t.co/3HkZgl08m1

U.S. Customs and Border Protection rules state that, when someone brings plants into the country with the intention of planting them, special restrictions may include “post-entry quarantine.” This measure is generally intended to mitigate the risk of spreading pests.

Many sessile oak trees in northern France are afflicted with a pest called the oak processionary moth, the habitat of which has been spreading north from Southern Europe in recent years, most likely due to climate change. The moth has reportedly not yet made it to the U.S., although it is becoming a problem in the South-East of England, thanks to someone importing live oaks that had eggs in them.

The Battle of Belleau Wood took place to the north-east of Paris in 1918, towards the end of the Great War. The U.S. Marine Corps took heavy casualties there, and Macron gave the sapling from the site as “a reminder at the White House of these ties that bind us.”

The new Sopranos season is the best pic.twitter.com/IAgj3gLvm3

However, one particular shot of the planting ceremony, with Brigitte Macron and Melania Trump standing next to their husbands, briefly became something of a meme on Twitter.