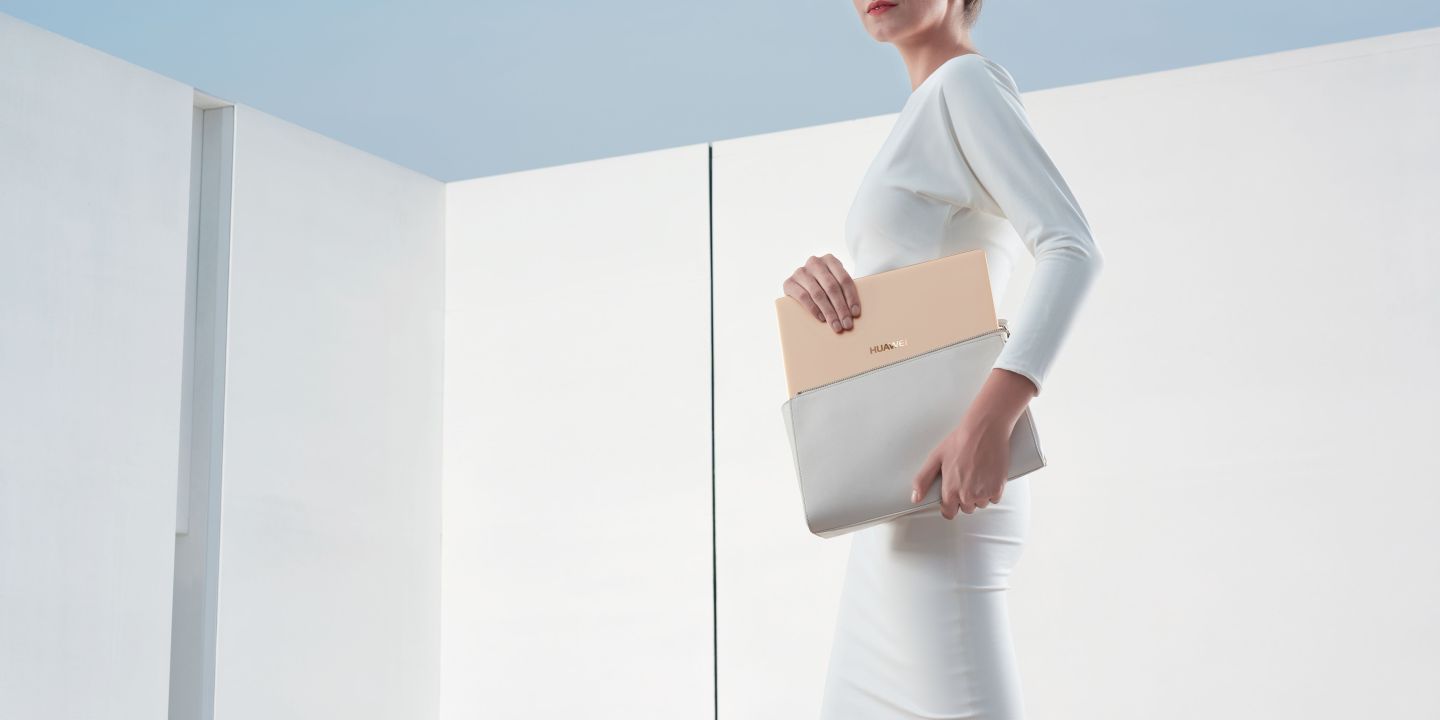 Chinese electronics manufacturer Huawei hadn’t always targeted the United States with its top products. But for a new line of Windows laptops debuting on Tuesday, the U.S. will be among the initial markets.

Huawei introduced its first Windows laptop, the MateBook, last year featuring a 12-inch screen that detached from the keyboard. On Tuesday, the company added two new models with more traditional fixed-keyboard designs, one with a 13-inch screen and one with a 15.6-inch screen, designed to compete with flagship models from top computer manufacturers like Apple (AAPL), HP (HPQ), and Dell.

The new 13-inch MateBook X and 15.6-inch MateBook D will run on the latest of Intel’s Core i5 and i7 “U” line up of Kaby Lake processors, medium-performance chips which are intended for the laptop market. They start shipping over the summer, Huawei said.

The smaller Huawei laptop weighs 2.3 pounds and comes in colors of Space Gray, Prestige Gold, and Rose Gold. It’s a fan-less design with very thin bezels, or borders, around the screen. Prices in Europe start at 1,400 euros ($1572) with 8 GB of memory and a 256 GB SSD. U.S. pricing, which will be announced in coming weeks, is expected to be somewhat lower.

The larger model weighs 4.2 pounds and comes in Space Gray, Champagne Gold, Aurora Blue. It has an optional discrete graphics card, the NVIDIA GeForce 940MX, for better performance in gaming and other video-intensive applications. Its price starts at 800 euros ($896) with 8 GB of memory, a 1 TB hard drive, and the Nvidia video card.

Both laptops are intended to hit the premium segment of the market, not the low-end, so there is no plastic to be seen and all of the models have an aluminum metal case. Huawei’s laptops run the full version of Windows 10, not the limited Windows 10 S software that Microsoft debuted for low cost laptops on May 8.

Huawei often partners with well-regarded Western brands to add features to its products, like the Leica-designed cameras on some of its phones. On the MateBook X and D, Huawei partnered with Dolby to design speakers and software for improved sound.

The Huawei announcements came the same day that Microsoft (MSFT) unveiled its upgraded tablet-plus-keyboard laptop, the Surface Pro 4. The portable, with a detachable keyboard that can convert into a tablet and has a touch screen, starts at $799.

The original MateBook also got an update. The new MateBook E still has a 12-inch screen and detachable keyboard design but now also runs on Intel’s Kaby Lake generation of processors.