Huawei Aims New Watch, But Not Phone, At U.S. Market 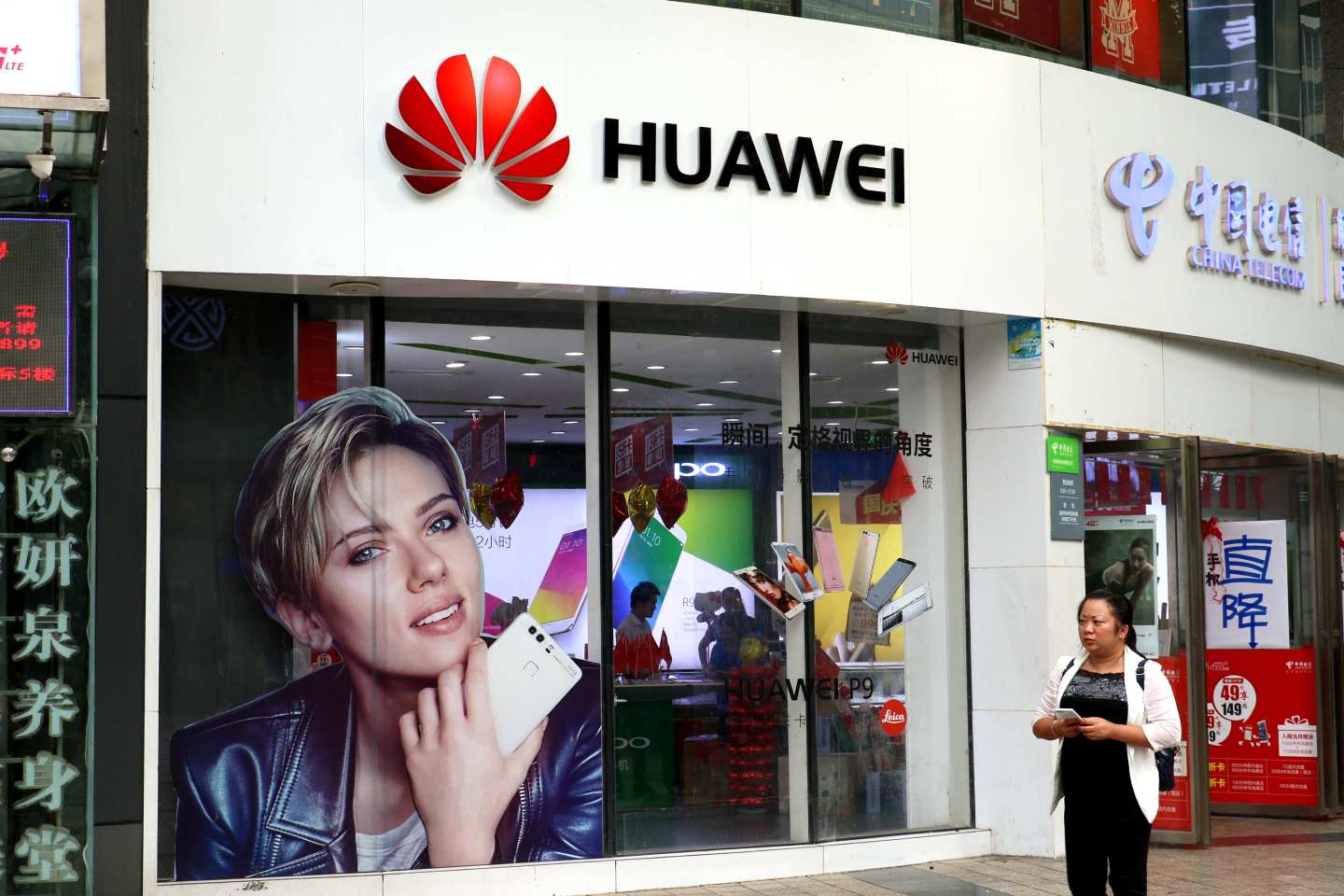 --FILE--A pedestrian walks past a store of Huawei in Chongqing, China, 27 September 2016. China's Huawei is successfully penetrating Myanmar's mobile market, as it recently made partnership with KMD, Myanmar's foremost IT distribution company, as a new distributor for its products and solutions business. The partnership will affirm Huawei's strategic commitment to Myanmar as a key market, according to the Chinese company. Myanmar, with a rapidly growing information and communication technology (ICT) sector in recent years, is one of the most emerging markets for Huawei in Southeast Asia. The country has a mobile phone penetration rate of nearly 90 percent. Huawei enjoys the highest brand power in Myanmar for its ability to boost sales or gain market share, according to brand research "Spotlight on Myanmar," surveyed by Britain-based WPP and US-based Millward Brown companies.
He lili — Imaginechina/AP

Huawei was the third-largest smartphone maker in the world last year, all without really cracking the U.S. market. For the future, the Chinese company is aiming to hit number two, displacing either Apple or Samsung. But it still isn’t bringing its newest phone to the American market.

On Saturday in Barcelona, Huawei gave its latest phone, dubbed the P10, a grand kickoff. Many features sounded like they had drawn inspiration from Apple’s iPhone line, including a larger screened Plus model with dual cameras. But when it came time to announce the first markets that would get the phone next month, the United States was left off.

The P10 models featured a co-branded dual-lens camera made with photography leader Leica, a fast fingerprint sensor in the home button, and strong water resistance. Richard Yu, CEO of Huawei’s consumer business, also showed off a blurred background photo effect and software that automatically creates slide show videos with a user’s photos. Those may all sound familiar to iPhone 7 owners, but some of the P10’s color options— green and blue—will not.

Huawei also decided to abandon its previous great draw, low prices, at least on the new model. The P10 will sell for 649 euros, or about $685, comparable to the cost of the top of the line phones from Apple and Samsung.

Over-the-top presentations are not unusual at the annual series of new phone introductions in Barcelona every year and Huawei did not disappoint on that score.

A Pantone executive, Leatrice Eiseman, came on stage for a lengthy presentation on the popularity and desirability of the two new colors. “Who does not want to be walking outside in a green forest,” Eiseman noted in hyping the color green and offering, perhaps, an odd juxtaposition of nature and technology.

But after Eiseman, Huawei was back to laying out its new phone features, even promising its “hyper diamond cut” finish exterior won’t pick up finger prints or scratch.

The camera and its new effects may be the real deal, however. Fashion photographer Manfred Baumann displayed photos he’d taken using the phone, offering a quality that appeared to match some of the best shots Apple (AAPL) has highlighted in its “shot on iPhone” advertising campaign.

For U.S. consumers, Huawei introduced only an updated smartwatch that will include the ability to connect directly to mobile networks on its own. The Watch 2.o also included Google’s voice-controlled digital assistant, a first move by Google with its assistant to the wrist. Unlike the phone, the watch is planned for the U.S. market starting in March. Announced prices ranged from 329 euros, or $350, to 399 euros, or $422.

There was no mention of a digital assistant for the P10, however. Huawei’s Mate 9 phone was the first to include Amazon’s Alexa digital assistant, in a win for Jeff Bezos and company over Google. But Google (GOOGL) expanded beyond its own Pixel phone for the first time, getting its digital helper in LG’s new G6 phone as revealed earlier on Saturday.

Huawei’s planned global phone push is built on the company’s earlier moves to conquer the market for telecommunications gear used to run networks around the world. In both cases, the company is hoping to use a strong position in China as a springboard for global gains.