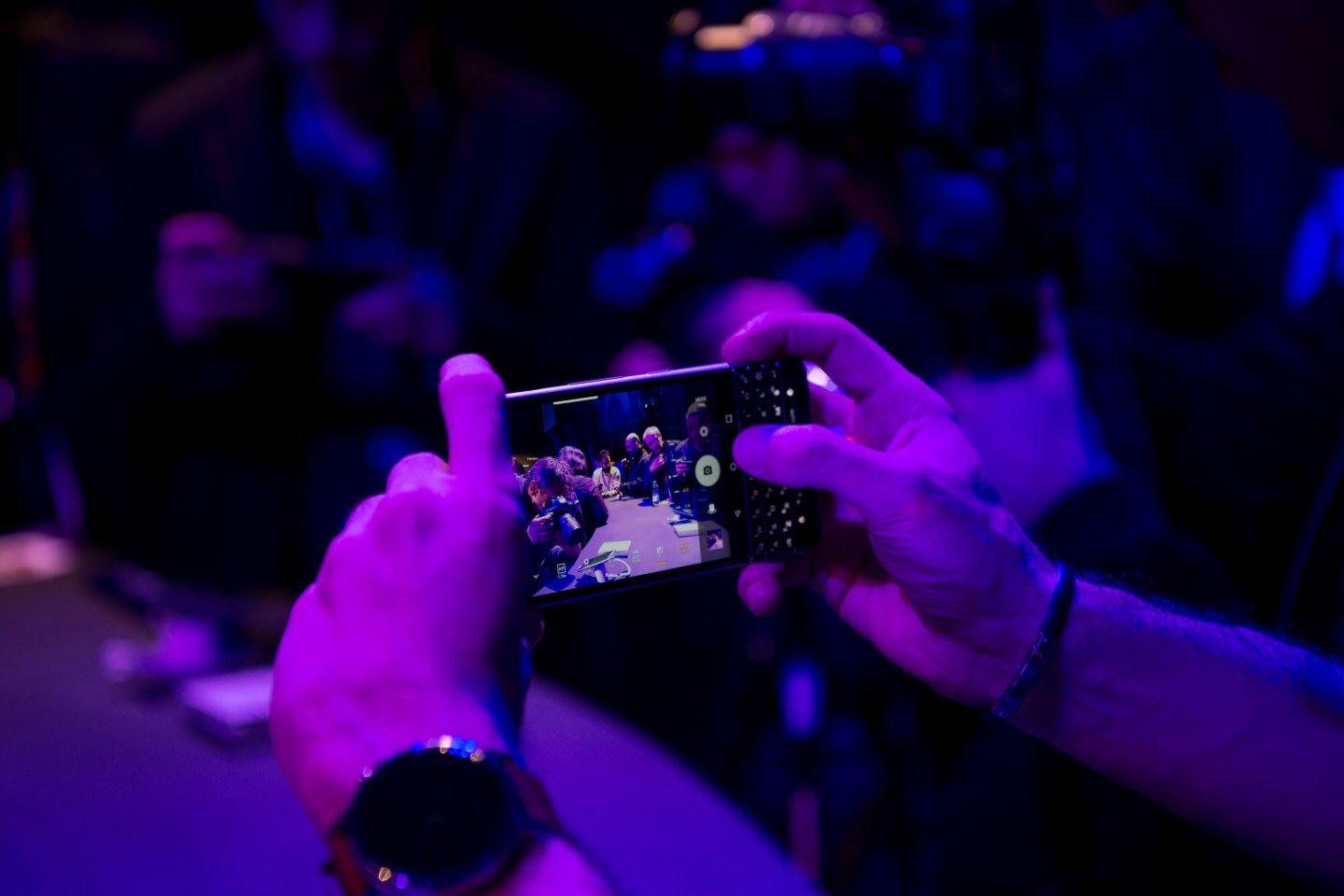 A journalist takes a photo with the new BlackBerry Key One at the Mobile World Congress centre in Barcelona on February 25, 2017, before the start of the world's biggest mobile fair, held from February 22 to February 25. / AFP / Josep Lago (Photo credit should read JOSEP LAGO/AFP/Getty Images)
JOSEP LAGO AFP/Getty Images

The famous name was everywhere, blaring from giant screens, posters, badges and, of course, the phone: BlackBerry.

But the new BlackBerry Key One phone unveiled at a marque event on Saturday in Barcelona isn’t actually made by the iconic Canadian company anymore. Instead, BlackBerry licensed its brand to Chinese manufacturer TCL Communications, which was the real orchestrator of the night’s events.

The new phone certainly looks like a cool blending of BlackBerry’s past with the latest hit Android phones. Unlike most of those other phones, this one has a small physical keyboard at the bottom, leaving room for only a 4.5 inch touch screen above. That makes the phone’s overall size in hand comparable to large phones like Apple’s (AAPL) iPhone Plus or Google’s (GOOGL) Pixel XL, but with a lot less screen space.

On Saturday, TCL was quick to point out that the amount of screen space was larger that what typically shows on bigger phones when the on-screen virtual keyboard is being displayed.

BlackBerry (BBRY) once sold one in five smartphones but lately its marketshare is measured in tenths of percentage points. The question is whether TCL’s manufacturing prowess and BlackBerry’s latest software, with its emphasis on privacy and security, still has much appeal. Initial impressions were mostly positive – The Verge called it the first modern BlackBerry “you might actually want.”

The promise from TCL CEO Nicholas Zibell to customers was that “the excitement they had in the BlackBerry is something they can feel in the future.”

The new phone will go on sale around the world starting in April. In the US, it will cost $549. That’s $100 or more less than the most popular phones from Apple, Samsung or Google. And it will definitely appeal to the millions of people who love the old physical keyboard on the original BlackBerry.

But in a smartphone market that sold 1.5 billion devices last year, even huge enthusiasm from a few million fans may not be enough to create a hit.