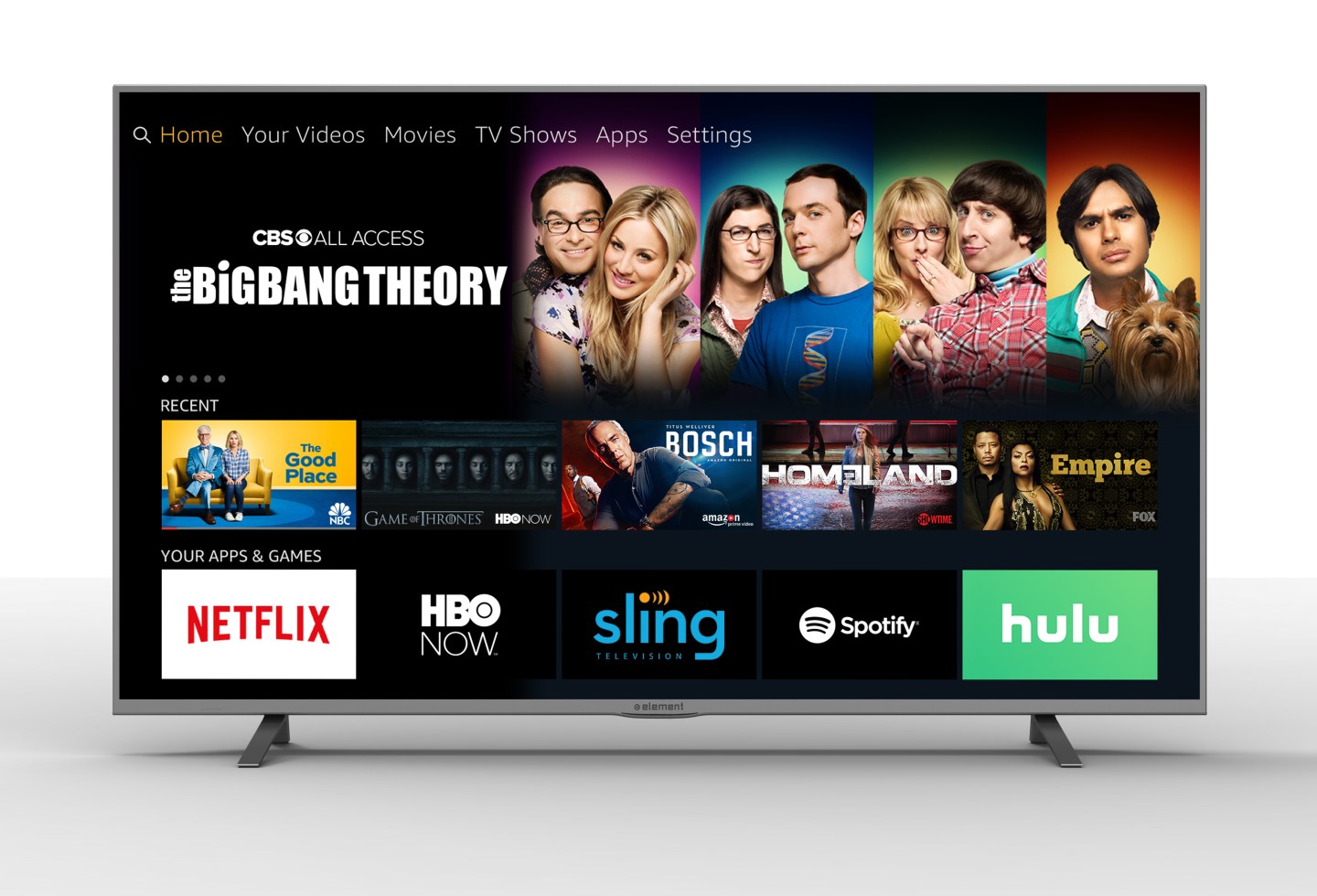 Amazon’s media streaming device, the Fire TV, is making its debut in a line of smart televisions that go on sale Tuesday.

The new line of televisions, originally announced in January, are manufactured by Element Electronics. These televisions include Amazon’s Fire TV device within the TV, letting users stream TV shows, music, and movies directly from the TVs.

The Fire TV, which debuted in 2014, is among a growing number Amazon hardware devices, some of which are gaining traction, including Amazon’s home automation device Echo.

Called the Amazon (“AMZN”) Fire TV Edition, the TVs have 4K HD and come in four screen sizes starting at $449 for a 43-inch screen and as much as $899 for a 65-inch screen. The TVs will be available for pre-order today on Amazon and will ship and be in stores in June.

Users of the new TV need only one remote to operate streaming services from Amazon Video, Netflix, HBO Now, and others. Element and Amazon said Tuesday that the TV gives access to over 300,000 TV episodes and movies from Netflix, Amazon Video, HBO NOW, Showtime, Hulu, and Sling TV. The remote also includes Amazon’s voice assistant Alexa so users can use their voices to search for movies, launch apps, and control other smart home devices like connected light bulbs.

Element, which is licensing Amazon’s technology, declined to give specifics about its financial arrangement with Amazon.