20 Surprising Facts About the $1 Bill 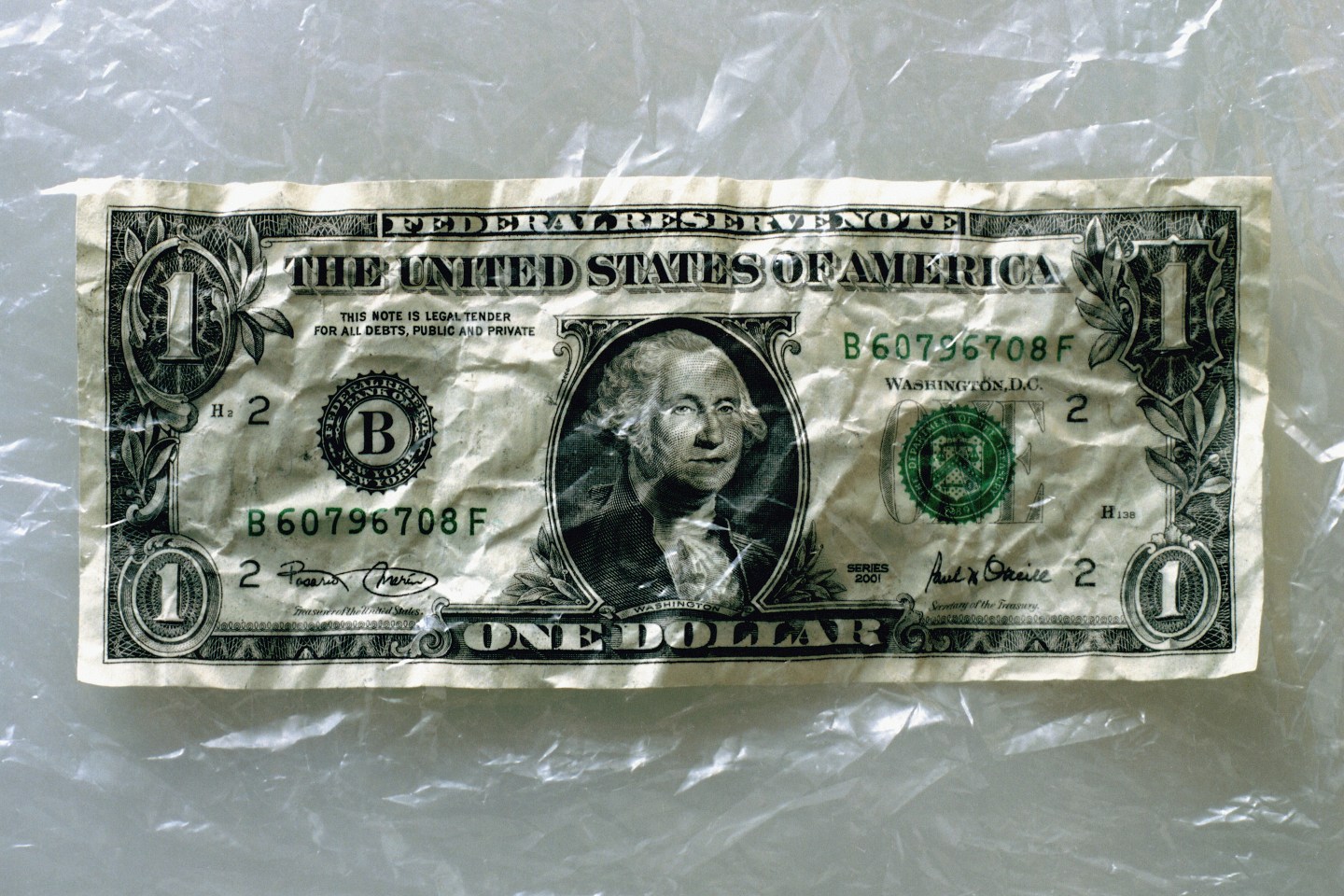 A dollar bill might not be worth a lot, especially these days. But it’s still a very complicated piece of legal tender. So, it’s a sure bet that there are a lot of fun, interesting and downright weird facts about the dollar bill that will surprise you. If you’re running out of trivia for cocktail parties or the water cooler, click through to see conversation-worthy dollar bill facts.

Martha Washington was once on the bill

Did you know that Martha Washington, America’s first first lady, once graced the $1 silver certificate? These days, the bill could be worth a nice chunk of change — even more than $1,000, depending on its quality.

The first legal tender $1 note, which was issued during the Civil War, did not feature George Washington. Instead, it featured Salmon P. Chase, Secretary of the Treasury at the time, according to the Federal Reserve Bank of Philadelphia.

The dollar bill has remained the same for a long time

Unlike the $10 bill that’s expected to get a makeover, the $1 bill’s design has remained unchanged since 1963, reported The Atlantic in 2014. The main reason is “because the $1 note is infrequently counterfeited,” according to the U.S. Department of Treasury.

The $1 bill is the most common bill

In 2016, there were 11.7 billion $1 bills in circulation, according to the Federal Reserve System. That compares to:

The $2 bill had the fewest in circulation at 1.2 billion bills.

The dollar bill costs only 5.4 cents to make

Yes, we know it’s worth the least of the bills in circulation. But the dollar bill is also the least expensive to produce, costing only 5.4 cents per note — the same cost to produce a $2 bill, according to the Federal Reserve. The $50 bill is the most expensive at 19.4 cents a bill. The $100 bill costs only 15.5 cents per note.

The dollar bill is not made of paper

We might call it paper money, but it’s not actually paper. In fact, currency paper in the U.S. is 75 percent cotton and 25 percent linen, according to the Bureau of Engraving and Printing.

A dollar’s life is short

A one dollar bill falls out of circulation, on average, after 5.8 years, according to the Federal Reserve Bank. That’s compared to the $10 bill’s low 4.5-year lifespan and a high of 15 years for the $100 bill.

The dollar bill is dirty money

In 2002, a study by the U.S. Air Force found that 94 percent of 68 dollar bills that were tested had bacteria on them. The bacteria included some that could cause pneumonia and other infections, reports the Scientific American magazine.

Bacteria is not the only bad stuff residing on dollar bills. Ninety percent of paper money in U.S. cities hold traces of cocaine on it, reported CNN in 2009. In fact, cocaine showed up 100 percent of the time in the following cities: Detroit, Boston, Orlando, Miami and Los Angeles.

Three-quarters of a bill equals $1

If you thought that a mutilated, torn or even incomplete dollar bill is worthless, think again. You can tape two halves of a dollar bill together and a bank will replace it, reports TIME Money. In fact, as long as you have three-quarters of the bill, you should be able to exchange it for a whole $1 bill.

You can track your dollar bill

Want to know where your dollar bill has been? It could be possible, thanks to a site called Where’s George. You enter the serial number of your bill and the site tracks it. To date, there have been more than 270 million bills entered.

It took six years for Congress to agree on and approve the design of the Great Seal of the U.S., which is featured prominently on the back of the dollar bill, according to the Federal Reserve Bank of Philadelphia.

War and peace are represented on the $1 bill

Look at the eagle on the back of your $1 bill. The arrows in the eagle’s left talon represent war, while the olive branch in the proud bird’s right talon represents peace, according to the Federal Reserve Bank of Philadelphia.

The Latin around the pyramid speaks to American exceptionalism

“Annuit Coeptis,” which is written above the pyramid, means “Providence Has Favored Our Undertakings.” Below the pyramid, the words “Novus ordo seclorum” means “A New Order of the Ages,” which refers to our historic form of government.

Thirteen is an important number of the dollar bill

The eagle on the bill was almost a turkey

Benjamin Franklin advocated for the national bird to be a turkey because he thought it was a “more respectable bird,” according to the Federal Reserve Bank of Philadelphia. He and Jefferson wanted the seal to include an Egyptian pharaoh, too.

The Roman numeral MDCCLXXVI has meaning

At the base of the pyramid on the back of every dollar bill are the roman numerals MDCCLXXVI. That is the symbol for 1776, when the Declaration of Independence was signed.

You can tell which federal reserve bank issued your bill

On your dollar bill, there are serial numbers with two letter and eight numbers. The first letter (which will be between A and L) indicates which bank issued the bill. The letters stand for:

Is it an owl or a spider?

Grab a magnifying glass and check out the top right corner of a dollar bill. Just to the left of the top of the “1” there is what appears to be either a tiny spider or owl in the “webbing” pattern.

The ghost in the machine

Look very closely at the fourth row of the pyramid on the back of the dollar – it might require a magnifying glass. You’ll see what appears to be a smiling face, somewhat ghostlike. Was it purposely designed or not? We might never know.

This article originally appeared on GoBankingRates.com