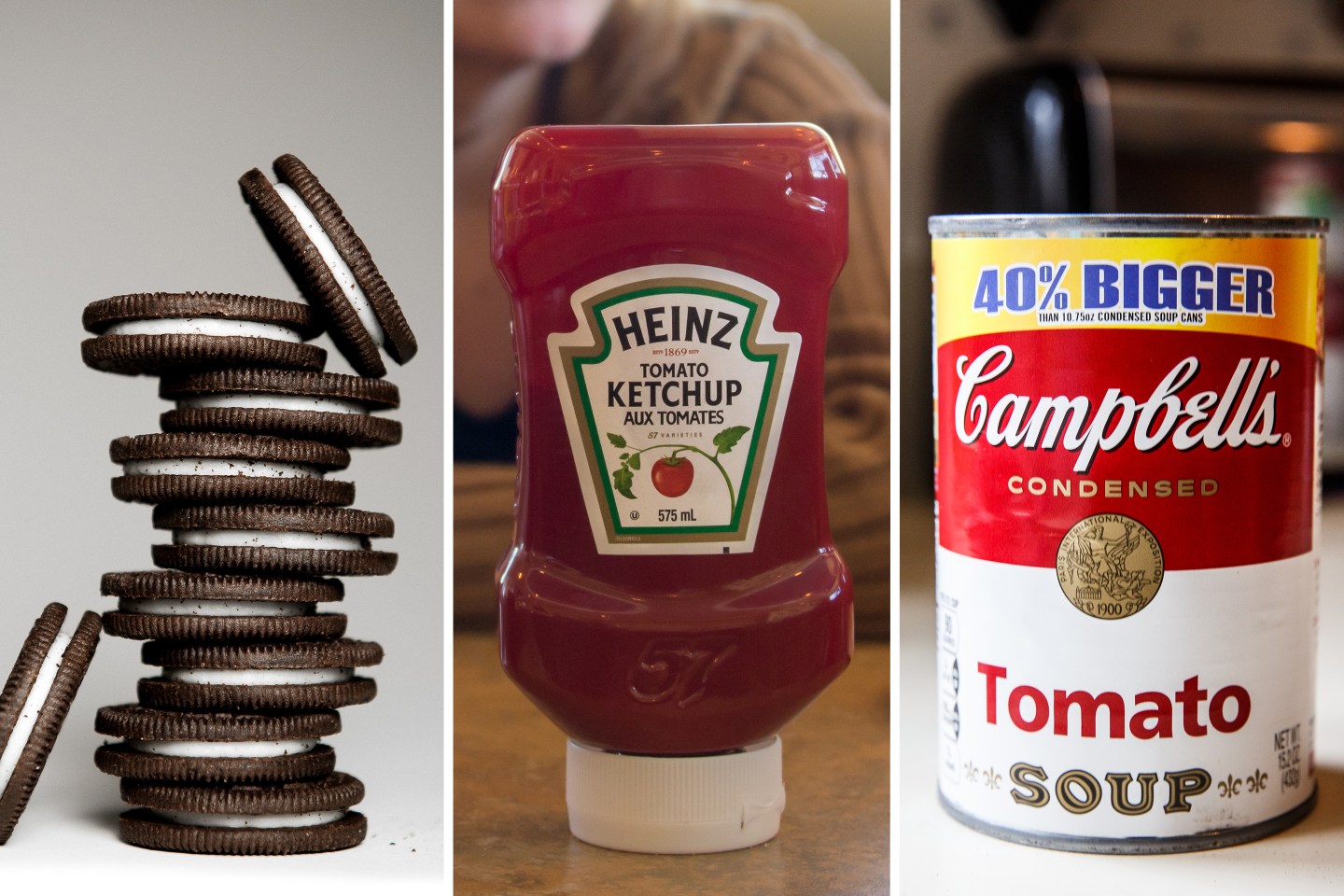 Campbell Soup’s bet on healthy foods is proving to be a drag. Kellogg may trim hundreds of jobs as it changes how the company delivers snacks. Yogurt sales are tumbling at General Mills. And Mondelez dropped a short-lived bid for chocolate giant Hershey.

It is amid this tumultuous backdrop that some of the nation’s largest, multi-billion dollar food and beverage makers—an industry collectively known as Big Food—met to present their 2017 strategies to investors and Wall Street analysts at the critical Consumer Analyst Group of New York conference (known as CAGNY). And executives couldn’t hide their concerns.

“Today’s environment is one of the most volatile and uncertain that I’ve seen in my 35 years in the industry,” said Mondelez CEO Irene Rosenfeld. General Mills CEO Ken Powell said that while “weakening food industry sales trends and heightened competitive pressures have not helped us, at the end of the day, it is our job to deliver results and this year we haven’t gotten that job done.” And Campbell Soup (CPB) CEO Denise Morrison called out the unpredictability of the Brexit and U.S. presidential votes, saying it is “difficult to get your footing in the present.”

Big Food makers have faced tough growth prospects with many legacy brands reporting stalled sales growth in mature markets and consumers tilting toward healthier fare. Savvy startups are winning market share, shelf space, and consumer’s hearts—and they’ve also raised billions from venture capital investors. General Mills, Campbell Soup, and Kellogg (K) have all opened their own VC shops to participate in the startup foodie trend—though most of those investments have been tiny and haven’t resulted in any meaningful sales jolts.

That explains why some on Wall Street are hopeful for a bigger deal than a bolt-on acquisition. Mondelez tried to buy Hershey to unite two snacking giants, but the chocolate maker wasn’t too sweet on a possible takeover. Kraft Heinz (KHC) made big waves when it tried to buy Unilever last week but walked away from the $143 billion deal quickly after a rejection. Some Wall Street observers think that 3G-backed Kraft Heinz might return to buy the food/beverage part of Unilever, or possibly move on to acquire another Big Food maker. Oreo and Triscuit maker Mondelez is often viewed as a top target, as it had been part of Kraft before a separation in 2012. (Kraft later merged with Heinz).

There’s a reason why Wall Street wants Kraft Heinz—which didn’t speak at CAGNY this year—to be an acquirer. Though General Mills, Mondelez and others are all cutting costs, Kraft Heinz has been “the most aggressive cost-cutter,” according to Moody’s Investors Service, and is already about two-thirds of the way through a two-year program to carve out $1.5 billion of costs through 2017, for a total of $3 billion in savings.

Even without factoring in Kraft Heinz, there’s nothing that would stop the others from merging to bulk up and trim expenses. And some have speculated soda giants PepsiCo (PEP) or Coca-Cola (KO) could be a target for mega brewer Anheuser-Busch InBev (BUD), which is also backed by Brazilian private-equity firm 3G and last year acquired SABMiller. PepsiCo and Coca-Cola are actually performing well in the U.S., as the former’s healthy food innovation is paying off while the latter’s move into milk and expensive waters has been prudent.

Others are still trying to perfect their sales pitches. At CAGNY, General Mills—which is projecting a roughly 4% sales drop this year—outlined priorities to return to sales growth: 1) increase cereal sales, 2) return U.S. yogurt and China businesses to growth, 3) invest behind brands like Häagen-Dazs, Old El Paso, Annie’s, and Larabar. Kellogg, meanwhile, touted some wins for Pringles, Pop-Tarts and Cheez-It but also admitted it has earned scant sales growth from the company’s basket of “Big 6” cereal brands, which includes Raisin Bran, Mini-Wheats, and Special K in recent years.

Mondelez is perhaps the most exposed to indulgent snack trends as it relies heavily on brands like Cadbury, Nasbisco and Wheat Thins. But Rosenfeld admitted that the biggest shift in consumer spending that the snacking giant must confront is what she called the “well-being trend.” “Simply put, people everywhere have become more attentive to their health and food choices,” said Rosenfeld. To try to compete, Monelez used CAGNY as the platform to officially announce the launch of Vea—a snack bar and cracker brand it will pitch as healthier to consumers.

It isn’t always easy for these Big Food manufacturers to undergo a makeover. Take the example of Campbell Soup. The company’s “fresh” division has posted sales declines of late due to weakness for fresh carrots, Bolthouse Farms refrigerated beverages, and Garden Fresh Gourmet. What’s been growing for Campbell? The old bread and butter: soups, Goldfish crackers, and Pepperidge Farm cookies.