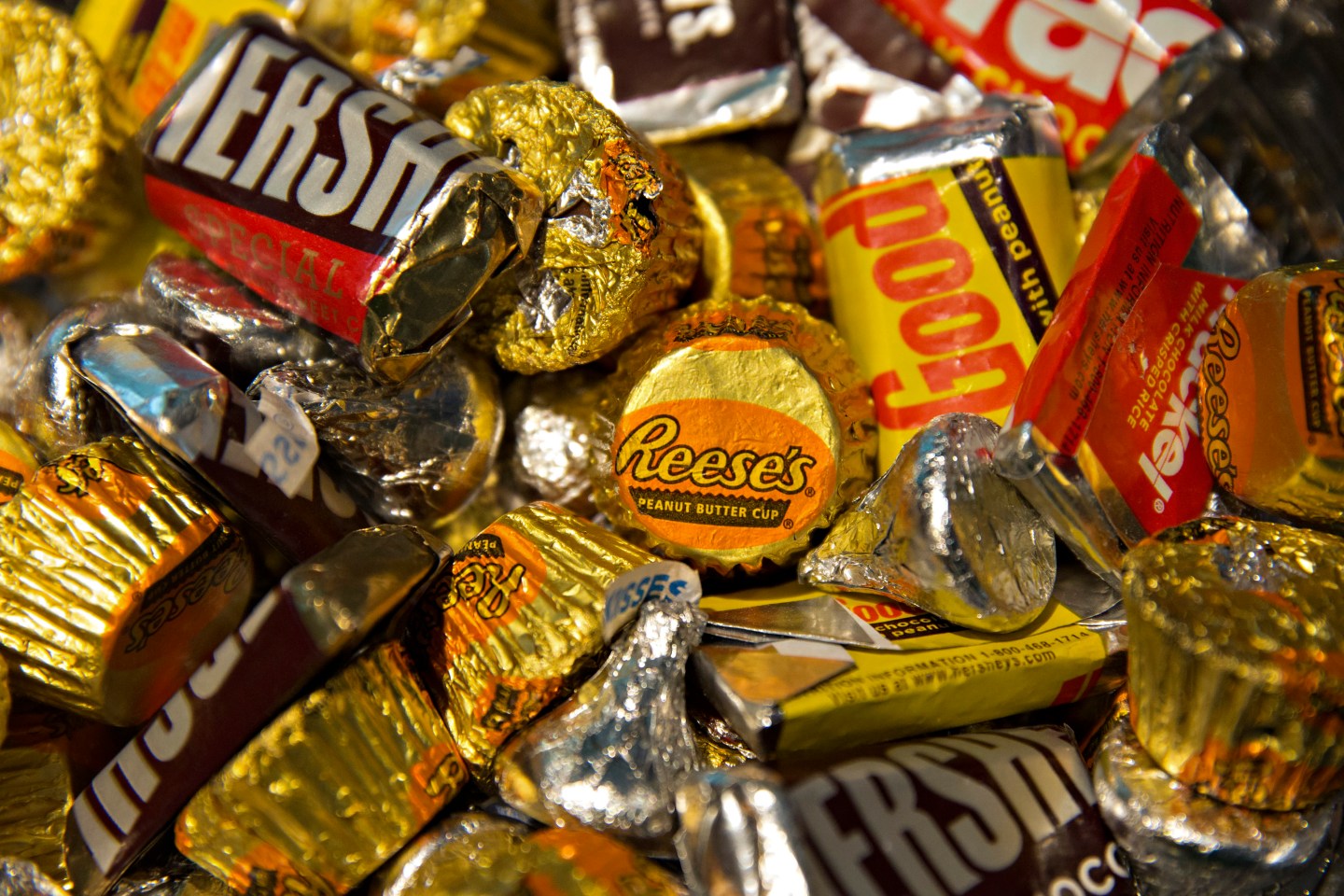 Snacking giant Mondelez has ended the company’s short-lived bid for chocolate giant Hershey, saying it had determined there was “no actionable path forward toward an agreement.”

Mondelez (MDLZ) is backing away from the potential $23 billion takeover roughly two months after it had offered $107 per share for Hershey (HSY), half in stock and half in cash. The proposed tie-up would have created a major global snacking giant with $37 billion in annual sales and could have combined Mondelez’s Nabisco, Oreo and Cadbury brands with Hershey’s namesake chocolates, Reese’s, and Kisses candies.

However, Hershey had swiftly rejected the bid in late June. Observers said a hostile takeover effort would have likely been unsuccessful, as the Milton Hershey Trust controls 80% of shareholder votes at Hershey—and the trust was against the deal.

The news sent Hershey’s shares down a little over 10% in after-hours trading on Monday as investors digested the news, while the Mondelez stock barely budged.

Mondelez Chairman and CEO Irene Rosenfeld said that the proposal had reflected the company’s “conviction that combining our two iconic American companies would create an industry leader with global scale in snacking and confectionery and a strong portfolio of complementary brands.” But she said it became apparent that a deal wouldn’t get done.

“While we are disappointed in this outcome, we remain disciplined in our approach to creating value, including through acquisitions,” Rosenfeld said in a statement.

Analysts have viewed Mondelez itself as a possible takeover target before the bid for Hershey, which was viewed by some as a way for Rosenfeld to scale up the business to prevent a possible takeover. Her statement on Monday implies that Mondelez may still be on the hunt for deals—though the snacking giant didn’t indicate how the size and scope of that potential M&A activity.