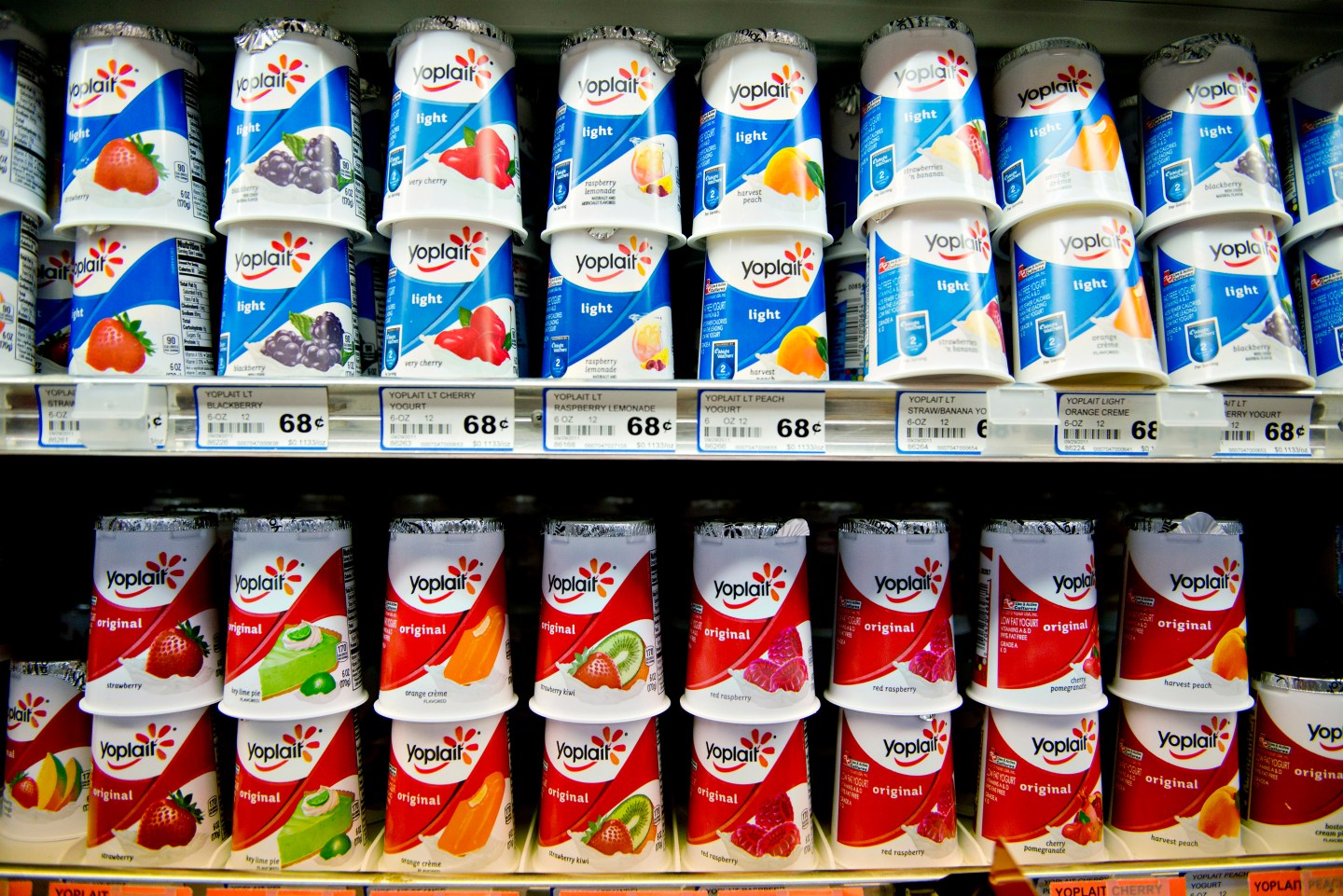 General Mills has placed big bets to be competitive again in the yogurt aisle but its latest financial results show that the Big Food giant remains a laggard.

On Tuesday, as the Cheerios and Yoplait manufacturer reported disappointing fiscal second quarter results, the problems in the yogurt aisle stood out. In the U.S. market, where total retail sales slipped 9%, the decline was a steep 17% for yogurt. That’s far worse than the 3% drop for cereal, 7% decline for baking products, and 1% increase for snacks. Meals were also down 17%—but that segment was hurt by the divestiture of the Green Giant business to B&G Foods (BGS).

“We know we have a good deal of work to do to turn around our yogurt business,” President and Chief Operating Officer Jeff Harmening told analysts during a post-earnings presentation. “We expect some improvement in the second half, but won’t return to growth this year.”

General Mills—which sells yogurts under the Yoplait, GoGurt, Annie’s and Liberté names—has underperformed the industry in yogurt because it wasn’t quick to respond to changing consumption behaviors. Executives have said that General Mills didn’t have enough Greek yogurts on shelves and until recently, no organic products. Conversely, the company was too well stocked in the declining “light” category. Brands that marketed themselves as “light” or “low calorie” have performed poorly across many pockets of the grocery aisle, as the definition of healthy evolves to terms like “natural” or “organic.”

As a result, General Mills has now reported steep double-digit sales declines for the U.S. market in each of the first two quarters of the current fiscal year. That’s far worse than the $7.6 billion yogurt business. Sales for the snack have dipped just 0.3% over the past 52 weeks according to Nielsen, which tracks consumer packaged goods and retail sales.

To better compete, General Mills this summer promised a quick pivot. And executives on Tuesday said that those bets on innovation have made some inroads. Annie’s and Liberté have captured 8% of the organic yogurt market, a segment General Mills didn’t have any products in until recently. New packaging for GoGurt is performing solidly as well and more innovation, including a renovated Greek yogurt protein line, is planned for later in the year. But Harmening conceded Yoplait’s Light and Greek 100 varieties are driving much of the sales declines.

“We believe the key to success will be fundamentally shifting our portfolio through renovation and innovation to give customers what they want from their yogurt,” said Harmening.

Until General Mills can fix the yogurt business, it will likely cast a shadow over the rest of the progress the company has made to better compete in grocery stores. Overall, the company’s fiscal second quarter results missed Wall Street expectations, including a 7% drop in net revenue to $4.1 billion and a 15% decline in operating profit to $769 million. General Mills also cut outlook targets for the year, including a more downbeat view on revenue.

“Our net sales performance did not meet our expectations in the second quarter,” said CEO Ken Powell. He said that there was a slowdown in growth for the U.S. food industry. But just as problematically, Powell said General Mills missed on execution, lamenting a lack of marketing support and new product news to give sales a boost.