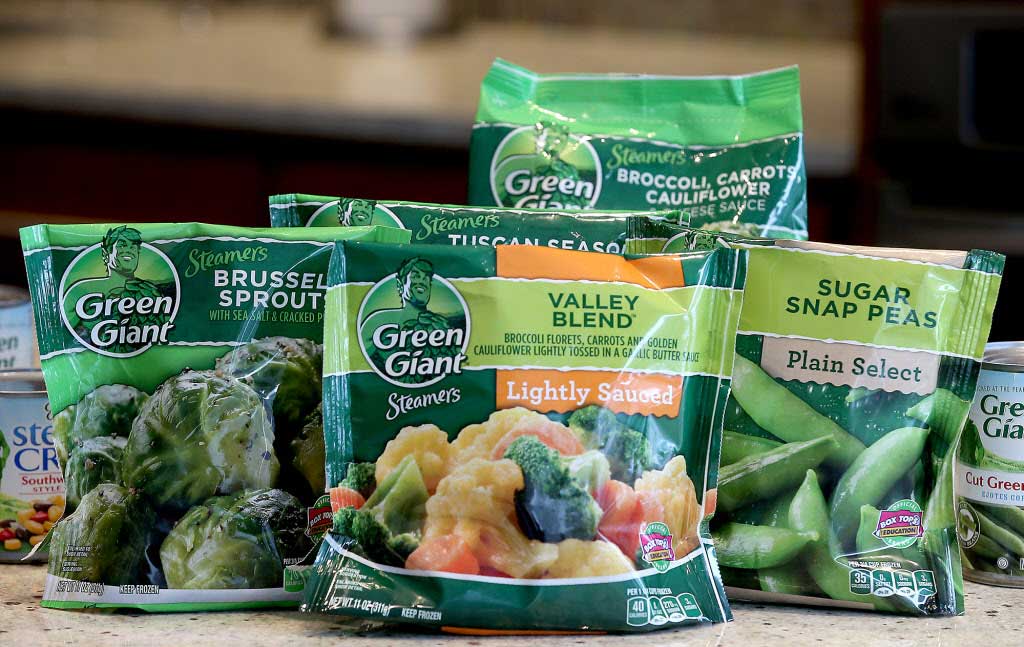 B&G Foods tells Fortune it has agreed to pay $765 million to buy Green Giant from General Mills in an acquisition that will make the frozen and canned vegetables business the largest in the food maker’s pantry.

The deal, which also includes Le Sueur canned vegetables, is an all-cash transaction expected to close during the fourth quarter of 2015, when it will “immediately” add to B&G’s earnings and free cash flow and greatly boost revenue. With Green Giant’s roughly $550 million in annual sales, B&G (BGS) will become a $1.4 billion business. Green Giant will be the largest of B&G’s roughly 40 food assets, which also include taco and salsa brand Ortega, Pirate Brands, maker of Pirate’s Booty, and Cream of Wheat.

General Mills (GIS) put Green Giant on the block earlier this year, as the larger food maker has been struggling with weaker sales from underperforming brands. Just a week ago, reports said B&G was in the lead to buy the business, beating out offers from private equity firms and other rivals.

Beyond the gigantic sales boost, B&G is trumpeting its new foray into the frozen food aisle. The company hasn’t competed in that portion of the supermarket but has long planned to do so through a big acquisition.

“This opens up a completely new area of the store for us,” B&G president and CEO Bob Cantwell tells Fortune. With Green Giant’s leading market share in Canada and No. 2 position in the U.S. in the frozen aisle, B&G says it wants to establish a strong presence and then hunt for more frozen food acquisitions down the road.

Green Giant is bit of a fixer-upper project for B&G. General Mills recently booked a $260 million impairment charge tied to the brand, reflecting lower retail support for Green Giant in the U.S. that also led the food maker to reduce sales and profit projections. Though seemingly a downbeat move, General Mills executives at the time still touted the brand’s potential.

Cantwell says his company has a history of reinvigorating brands that have had a long shelf life, and he believes that because Green Giant will have outsized importance at B&G (rather than being a smaller brand within much larger General Mills), that attention will raise its profile. Within the first 12 months of owning Green Giant, B&G intends to refresh the packaging and spend double what General Mills had allocated for marketing.

The deal makes sense in many ways for B&G. Green Giant’s retail distribution is very similar, and both companies are highly focused on the U.S. and Canadian markets. And with 94% brand awareness across the U.S., Green Giant is already well known among consumers.

“Under the seller’s ownership, [Green Giant] was less important for who General Mills wants to be one day,” Cantwell says. “It was managed well, but under us, it will be much more important. We are much more focused on creating products on trend for millennials and other consumers.”

The deal comes with challenges as well. Roughly 62% of Green Giant’s sales – about $300 million – are tied to the frozen food aisle. That part of the grocery store has faced waning popularity as consumers want to buy fresher foods, even though many food executives contend that frozen items can taste exceptionally fresh. Bigger brands are playing defense, investing more in new concoctions to keep up with current trends, and newer brands, like startup Luvo, are taking their shot at freezer space.

As B&G gets its packaging right and boosts marketing spending, Cantwell says, the food maker will also begin to test new products to help raise Green Giant’s profile even higher.