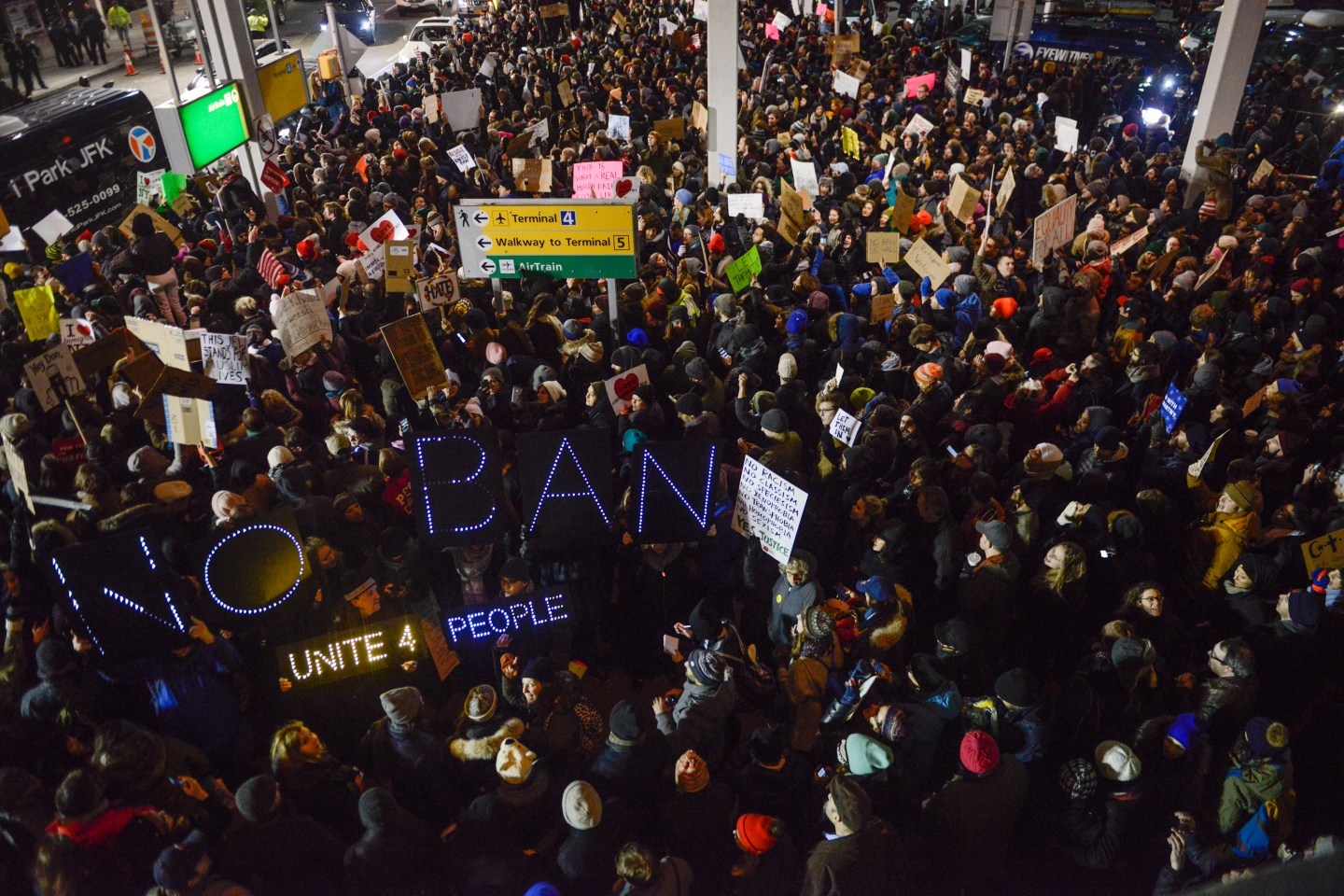 That’s because the New York Taxi Workers Alliance called for a one-hour work freeze to show support for protesters on Saturday. Despite turning off surge pricing, some critics thought Uber was “undermining the protest” and supporting Trump. Others even asked their social media followers to use Uber competitor Lyft instead.

However, those making the switch to Lyft fail to realize that even the competition has ties to the Trump administration, according to CNBC. If consumers look through the companies held by some of Trump’s other advisors (none with official cabinet positions), they would notice this link goes beyond ride sharing.

For instance, Trump advisor Carl Icahn made a $100 million investment in Lyft back in 2015. He also owns a near 3% stake in payment platform Paypal, nearly 35% of car rental service Hertz Global Holdings, and roughly 4% of insurance giant AIG, according to his most recent filings with the Securities and Exchange Commission.

Paypal founder Peter Thiel, who now acts as an advisor on Trump’s transition team, owns a fractional stake in Facebook worth $28 million as of Tuesday’s close. The angel investor participated in Reddit’s $50 million Series B round in 2014, and has invested in other startups including digital payment system Stripe, online lender SoFi, as well as question-and-answer website Quora, according to Pitchbook.

Hedge fund billionaire John Paulson would complicate a full-on Trump boycott even further. Paulson, who served on Trump’s economic policy team, has sizable stakes in several pharmaceutical giants. He had a 5% stake in Shire, 1% in Allergan, and 4% in Mylan by the end of Sept. 2016.

Further down on his list of holdings, Paulson also has a stake in handcraft marketplace Etsy worth roughly $17.9 million, or about 1% of the company, by the end of the third quarter in 2016. Not to mention Paulson,like most of his hedge fund peers, holds much smaller stakes in more consumer-friendly brand names, such as Johnson & Johnson and T-Mobile.