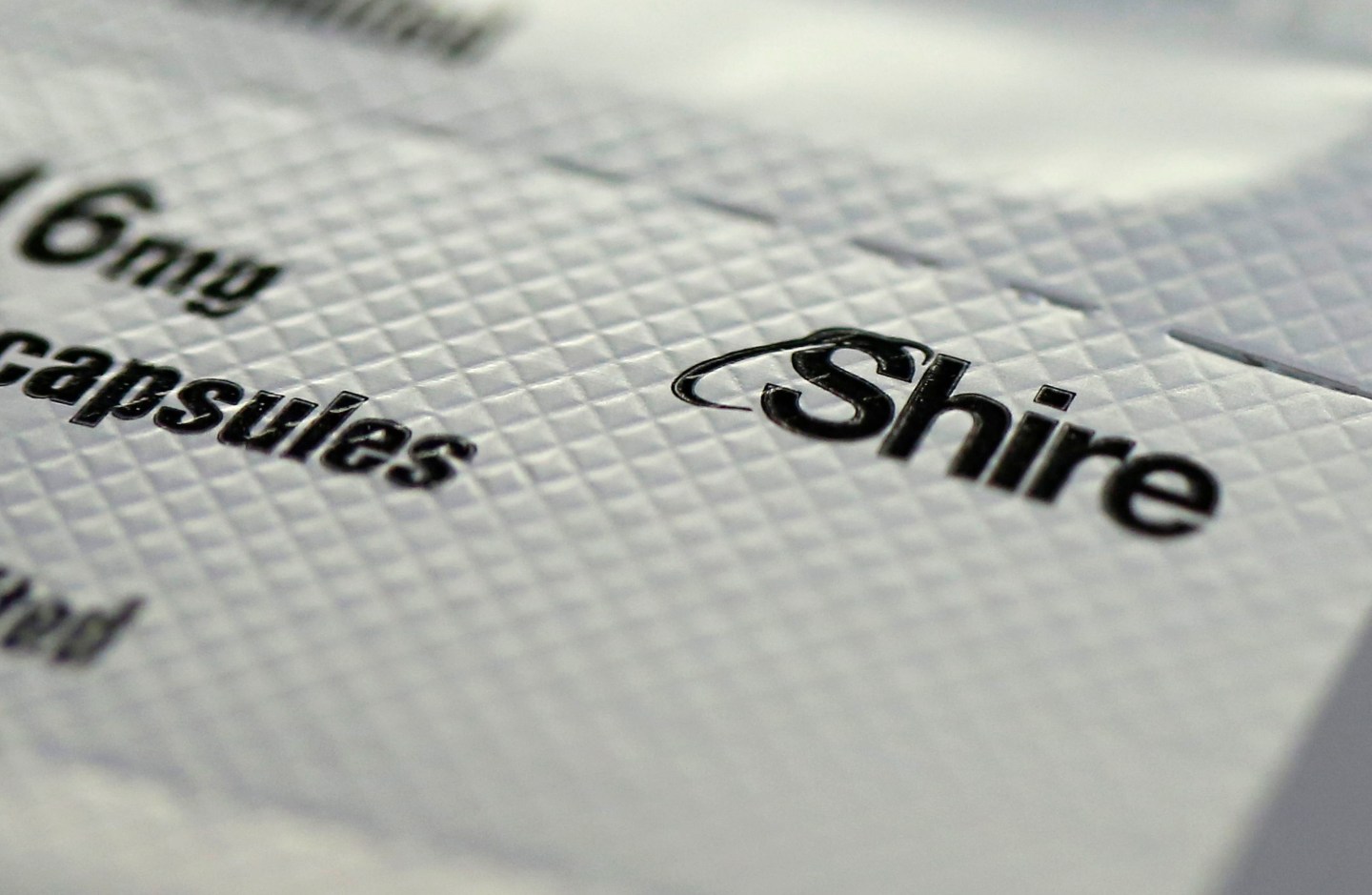 A Shire logo sits on a foil blister pack containing Reminyl XL 16mg prolonged release capsules, produced by Shire Plc, in this arranged photograph taken at a pharmacy in Guildford, U.K., on Friday, June 27, 2014. AbbVie Inc. said its $46.5 billion bid for Shire Plc offers "compelling" value for Shire shareholders and that it won't rule out going hostile in its drive to acquire the drugmaker. Photographer: Chris Ratcliffe/Bloomberg via Getty Images
Bloomberg — Getty Images

Drugmaker Shire said on Tuesday it was seeking to buy Baxalta, a company spun-off by Baxter International last month, for $30 billion to forge the leading global specialist in rare diseases.

The London-listed group went public with its approach after the U.S. firm turned it down. Shire (SHPG) said its unsolicited offer of 0.1687 Shire American depositary receipts per share valued each Baxalta share at $45.23. Shares in Baxalta (BXLT) jumped following the news.

The Illinois-based firm, which has a staff of around 16,000, develops biotech treatments for rare blood conditions, cancers and immune system disorders. It had proforma revenue of $6 billion in 2014.

The move is the latest in a wave of mergers and acquisitions in the healthcare sector since the start of 2014, stretching from large drugmakers buying up smaller rivals to consolidation among makers of generic medicines and tie-ups between insurers.

Shire’s all-share offer, which represents a premium of 36 percent over Baxalta’s stock price on Aug. 3, would give the U.S. firm’s shareholders about 37 percent of the combined group.

Shire Chief Executive Flemming Ornskov said he had gone public with its plan, which it first proposed privately last month, after Baxalta’s board declined to engage in substantive discussions.

“We believe the proposed combination of Shire and Baxalta would be strategically and financially attractive for both of our companies, accelerating our respective growth ambitions and creating the leading global biotech company in rare diseases,” he said.

“It is our strong preference to immediately enter into a negotiated transaction to explore the full potential of the proposed combination and finalise the terms of an agreement.”

Shire, which has its headquarters in Ireland, has a long history of acquisitions and only on Monday agreed to buy private eye drug company Foresight Biotherapeutics for $300 million.

Other notable deals include buying New River Pharmaceuticals for $2.3 billion in 2007, Viropharma in 2013 for $4.2 billion and NPS Pharma for $5.2 billion earlier this year.

Last year Shire itself was the target of a failed $50 billion takeover attempt by AbbVie, since when its shares have risen to a premium to AbbVie’s offer on growing optimism for its line-up of high-priced niche medicines.