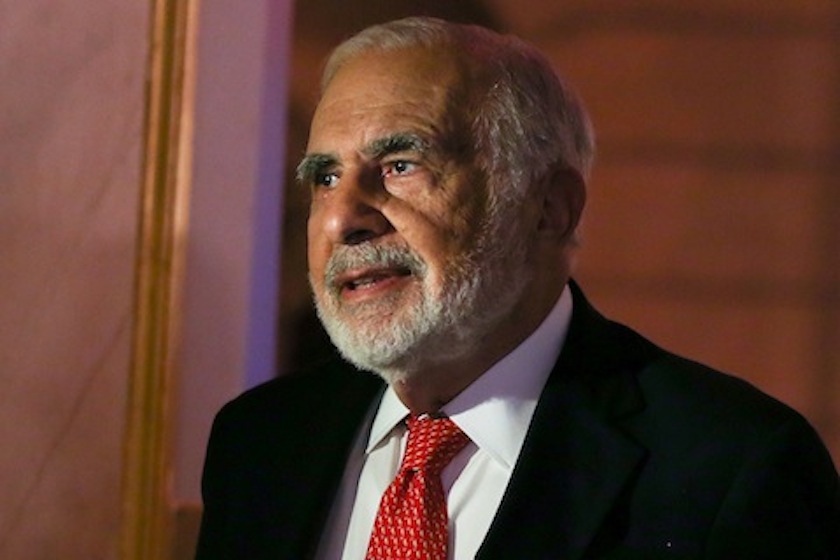 Lyft’s latest deal got the green light from one of its most powerful investors.

On Friday morning, Carl Icahn tweeted that he approved of a deal the ride-hailing company signed with GrabTaxi, Ola, and Didi Kuaidi, three rivals that operate in Asia. The deal will allow Lyft to tap the drivers and other resources of those foreign rivals in their home countries. The coalition also means that those companies could use Lyft’s drivers when their customers are in the U.S. Didi is the leading ride-hailing app in China. Ola operates in India, and GrabTaxi is based in other parts of Asia, including Singapore and Thailand. The New York Times called the deal the anti-Uber coalition.

Very happy about this transaction: https://t.co/KruoDGnAQ1

The partnership could give a boost to Lyft, which is trying to raise $500 million at a $4 billion valuation. Lyft is much smaller than its U.S. rival Uber, as are the other companies that Lyft is hooking up with. Uber operates in 67 countries.

Icahn invested $100 million in Lyft in May. At the time, the company was valued at $2.5 billion. Icahn, the former corporate raider turned activist investor, is not known for investing in private startups. But at the time of his investment, he said that backing Lyft was a “tremendous bargain” to its much larger rival.

That is still the case. Uber is in the process of raising an additional $2.1 billion in a deal that would give the company a valuation of $62.5 billion.