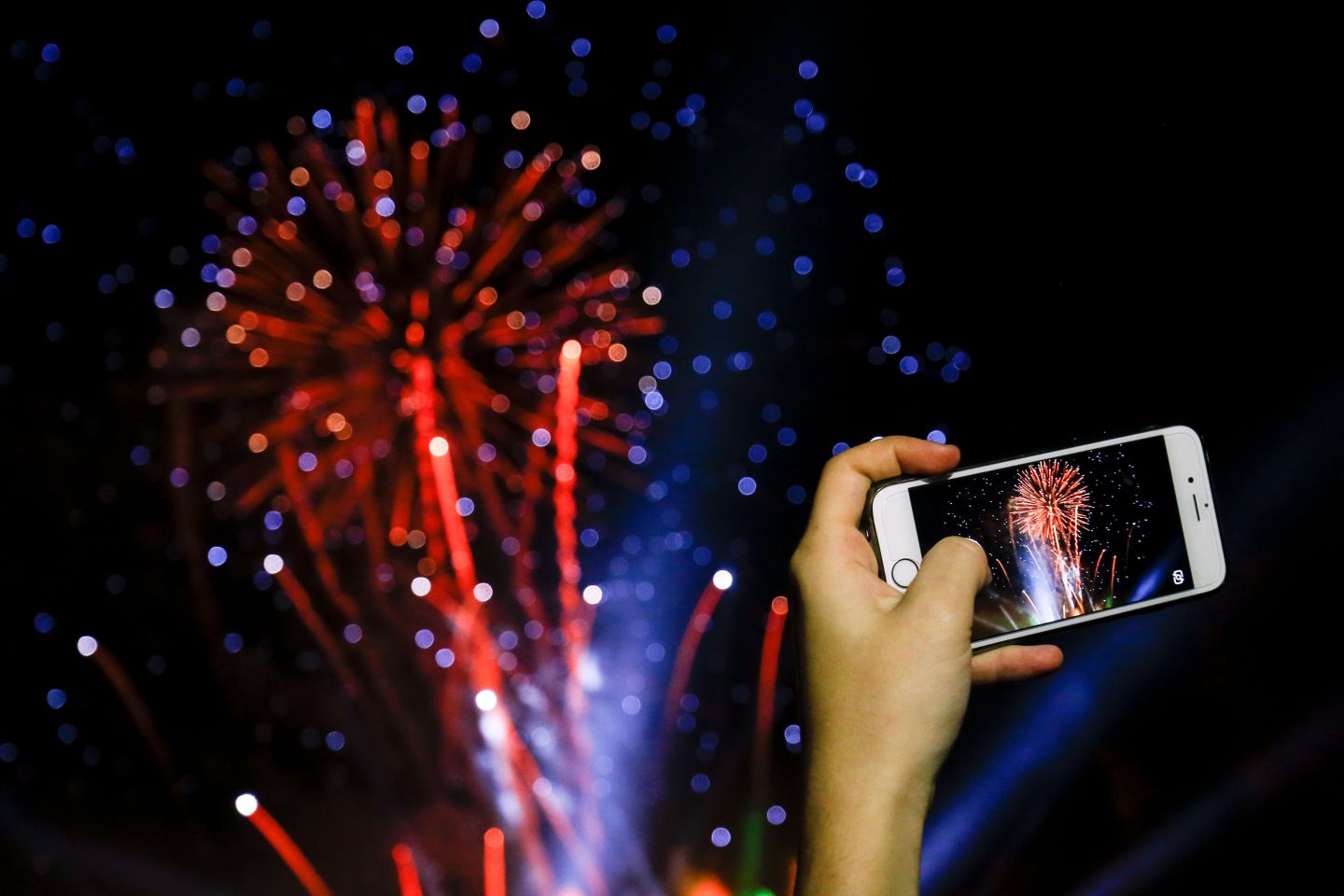 Walk into a wireless store of any of the big four carriers and there’s no doubt that a big table of iPhones will be in prominent view.

Once upon a time, the $650 Apple devices would have been priced at $199. But with Verizon’s decision this month finally to end phone subsidies for its older customers, the industry’s transformation is complete. The iPhone’s starting price is listed at $650, or about $27 a month under popular two-year installment plans, now for both new and existing customers at the carriers nationwide.

The change, which began with T-Mobile in 2013 and slowly spread across the industry, means consumers now pay less for monthly phone service because the cost of the hidden subsidy has been removed.

Predictably, in a relatively competitive market like wireless, the cost of the average service bill has dropped, in some cases dramatically. AT&T’s reported average service revenue for regular monthly customers, which peaked at over $65 a month in 2013, is now under $55, according to data compiled by MoffettNathanson. Sprint’s average also almost topped $65 in 2013 and has since fallen to nearly $50. Verizon and T-Mobile peaked in the high-$50s and have since both fallen below $48.

Of course, customers are also now paying for their own phones, but they have far more control. Cheaper phones from brands like Huawei and Blu have become more popular. And because the cost of a device is now more obvious with its own line on the bill, many consumers are upgrading less frequently, hurting the growth of phone makers like Apple and Samsung.

Analysts fear the new market era won’t be as kind to the carriers, which saw their stocks outperform the market last year. Sprint’s shares posted a total return of 133% in 2016, T-Mobile gained 47%, AT&T returned 29%, and Verizon 20%, according to Morningstar. MoffettNathanson analyst Craig Moffett this week warned that expectations for the sector, fueled in part by hopes that President-elect Trump would allow more mergers and deregulate telecom, have gotten out of hand.

“Consolidation, lower corporate taxes, and less regulation all arguably portend higher multiples in 2017,” he wrote. “As pragmatists, however, we can’t help but worry that the post-election rally has been suspiciously devoid of any real analysis of numbers. And, more concerning, it has been devoid of any serious inquiry into valuation. In short, numbers and valuations appear too high.”

But with service revenue falling, the carriers aren’t standing still. Now that the transition away from subsidies is complete, they’ve been working on increasing service revenues in other ways, taking different strategies that largely play off of the amount of crowding on their networks.

AT&T and Verizon have added fees and raised monthly plan prices in some cases, often in return for somewhat larger data allowances and the elimination of overage charges. Verizon just raised its phone upgrade fee to $30 from $20, for example. Last summer, it hiked the price of most of its plans by up to $10 a month while also increasing data allowances, and AT&T did the same on its cheapest plans.

The two largest carriers, which generally have more crowded networks, lately have also been trying to squeeze their remaining customers on grandfathered unlimited data plans. AT&T (T) just raised prices on such plans by $5 a month while Verizon (VZ) decided to disconnect its biggest data hogs, customers who were using a staggering 200 GB per month or more. Verizon doesn’t currently offer an unlimited monthly plan, and AT&T offers one only to people who are also customers of its DirecTV satellite service.

For more on Verizon’s move finally to eliminate subsidies, watch:

Sprint and T-Mobile, which have much more capacity left on their networks, have been able to take the “more for more” strategy to its logical extreme. They rolled out new unlimited data plans last year that cost more than their average limited data plans but far less than unlimited plans cost in the past. T-Mobile’s (TMUS) plan starts at $70 for one line and up to $160 for four lines. Sprint (S) starts at $60 and goes up to $160 for four. By getting more customers to upgrade from a limited plan to the new unlimited plans, the average billing revenue should rise, analysts say.

T-Mobile last week said it was going all-in on the unlimited plan strategy and would no longer offer cheaper, limited data plans to new customers. To sweeten the pot, it also said it would stop adding surcharges and taxes as additional fees on the unlimited plans, effectively cutting prices by about 10%.

The action started when new iPhones went on sale in September and was repeated again for the holiday shopping season.

The introduction of a new iPhone often prompts Apple (AAPL) fans to seek the best deal, even switching wireless carriers if necessary. So first T-Mobile and then the other big three started offering a free iPhone 7 with the trade-in of an earlier model. Even considering the value of the trade-in, customers were still getting a good deal and carriers were losing $300 to $400 or more up front in the process.

But the free phones still had strings attached. The deals required customers to sign up for two-year installment plans, with the carrier then waiving each monthly payment as it comes due. The trick is that customers who leave before the two years are up get stuck with the bill for the remainder of the “free” iPhone.

In the complicated world of wireless pricing, sometimes free isn’t quite as free as its seems.