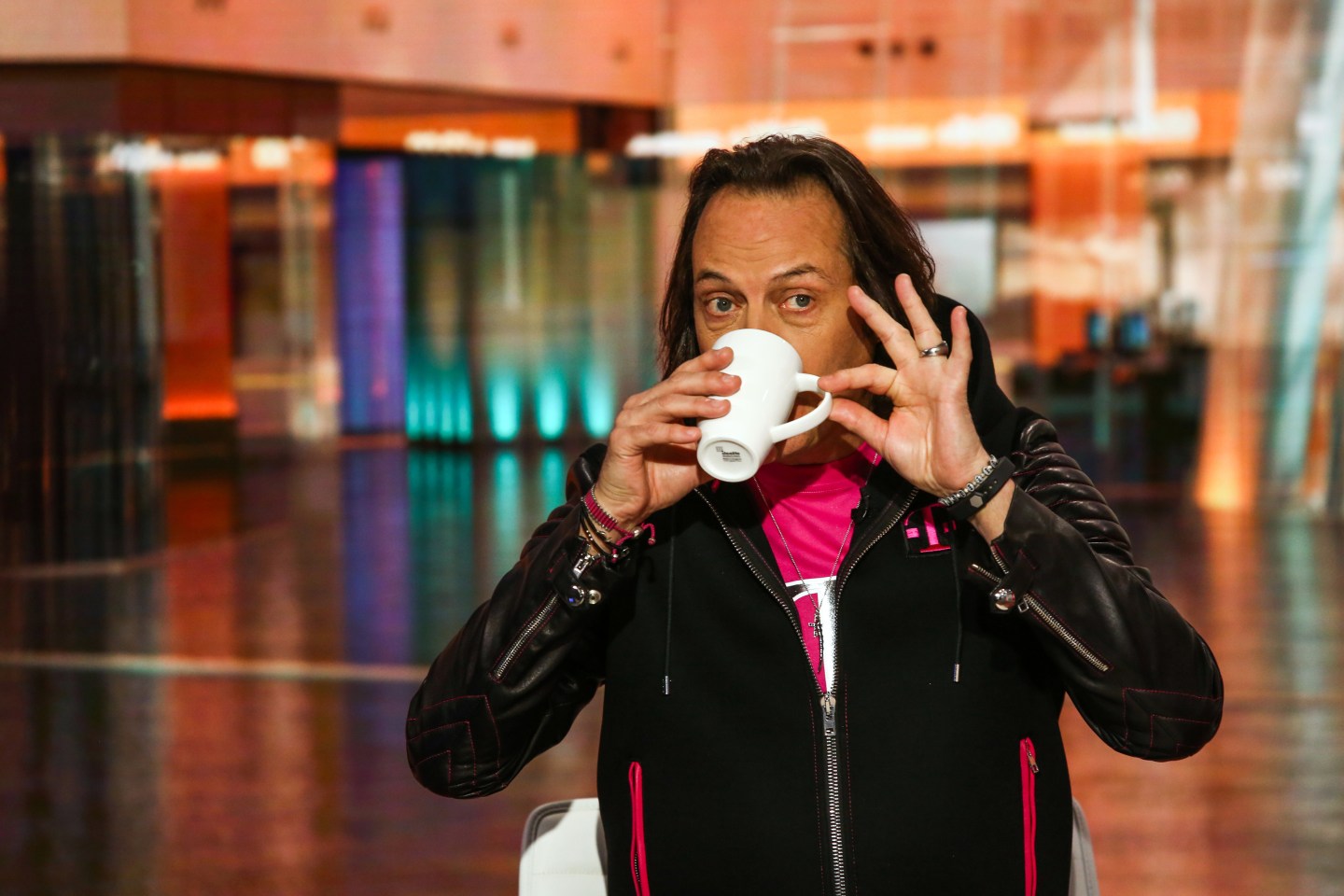 The past few years have been extremely busy in the world of mergers and acquisitions, setting records around the world. In tech, the semiconductor industry has rapidly consolidated while mid-sized players like EMC and LinkedIn were gobbled up by larger peers. But there’s still some potentially massive deals to come in 2017 that may not have even been imaginable in 2016.

Call it the Trump bump for tech M&A.

Under President Obama’s watch, regulators at the Department of Justice’s antitrust division and the Federal Communications Commission stepped in to block a bevy of combinations that they argued would reduce competition and hurt consumers. The moves stopped Comcast from buying Time Warner Cable, and prevented T-Mobile from going to AT&T or Sprint.

Now President-elect Donald Trump is signaling with his transition appointments and general pro-business stance that a lot more combinations may be acceptable. David Higbee, an M&A lawyer at Hunton & Williams who worked in the Bush administration, is helping to oversee Trump’s Justice Department transition, along with economist and Republican Federal Trade Commission member Joshua Wright. Both are seen as tilting much more pro-merger than Obama’s appointees. The same is true of Trump’s three transition team members overseeing the FCC.

Further fueling merger mania, Trump is also widely expected to work with the Republican majority in Congress to slash the tax on corporate overseas profits. Companies like Apple (AAPL) and Microsoft (MSFT) have accumulated hundreds of billions of dollars in overseas profits that can’t be brought back to the United States without a 35% tax. Trump could slash the rate to 10%, providing the biggest tech companies with a lot of dough to make deals.

The most talked-about potential 2017 deal revolves around T-Mobile, the third-largest wireless carrier and the company that has added more subscribers over the past few years than the rest of the industry combined. Not only could Sprint (S) dream of buying T-Mobile (TMUS) under Trump, but big cable companies like Comcast (CMCSA) or Charter Communications (CHTR), which plan to enter the wireless market next year, may also be bidders. If the bidders want to go after a smaller target U.S. Cellular (USM) could be in play, as well.

Analysts think the cable players may be more likely to make a deal at this point that Sprint and its majority owner Softbank Group, already coping with massive debt from earlier moves.

And T-Mobile’s outspoken CEO John Legere says his talks with tech giants have convinced him that the ultimate landing spot for his company may be in Silicon Valley with the likes of Google (GOOGL) or Facebook (FB).

Further consolidation could also come to the data center market, where current antitrust overseers might oppose acquisitions by the biggest companies. But under Trump, while Google, Microsoft, and Amazon (AMZN) dominate, smaller players like Equinix (EQIX), Digital Realty Trust (DLR), and CyrusOne (CONE) could be fodder for acquisitions.

Related: Trump vs. Tech: It’s Going to Get Rockier

The Trump hints have some analysts dreaming much bigger. Perhaps Sprint and T-Mobile will merge, while also picking up Dish Network (DISH), analyst Timothy Horan, at Oppenheimer & Co, hypothesized earlier his month. The triple combo could “create a discounted quad-play service company with over 300 MHz of spectrum,” Horan wrote. That in turn could lead Comcast and Verizon (VZ) possibly to merge and AT&T (T) then might buy parts of CenturyLink (CTL), Frontier Communications (FTR) or Windstream (WIN), Horan said.

Other combinations that have been tossed about seem less plausible. Even if pro-business regulators allowed Amazon to buy Barnes & Noble (BKS), why would the House of Bezos want to add the huge and ailing book chain to its assets? And while Apple could get a huge tax windfall of repatriated cash under Trump, buying rumored targets Netflix (NFLX) or Tesla (TSLA) would cost a fortune and wreck its price-to-earnings ratio.

What about the biggest deal announced in 2016? On the campaign trail, Trump promised to block AT&T’s $109 billion Time Warner (TWX) acquisition. “AT&T is buying Time Warner and thus CNN, a deal we will not approve in my administration because it’s too much concentration of power in the hands of too few,” Trump said in a speech in October.

For more on opposition to AT&T’s Time Warner deal, watch:

But signs continue to emerge that Trump may be backing off the pledge. AT&T officials who talked with transition officials came away confident the deal could survive, the Financial Times reported earlier this month.

In the era of Trump, it seems many more deals are within the realm of possibility—even ones the President-elect himself has once opposed.