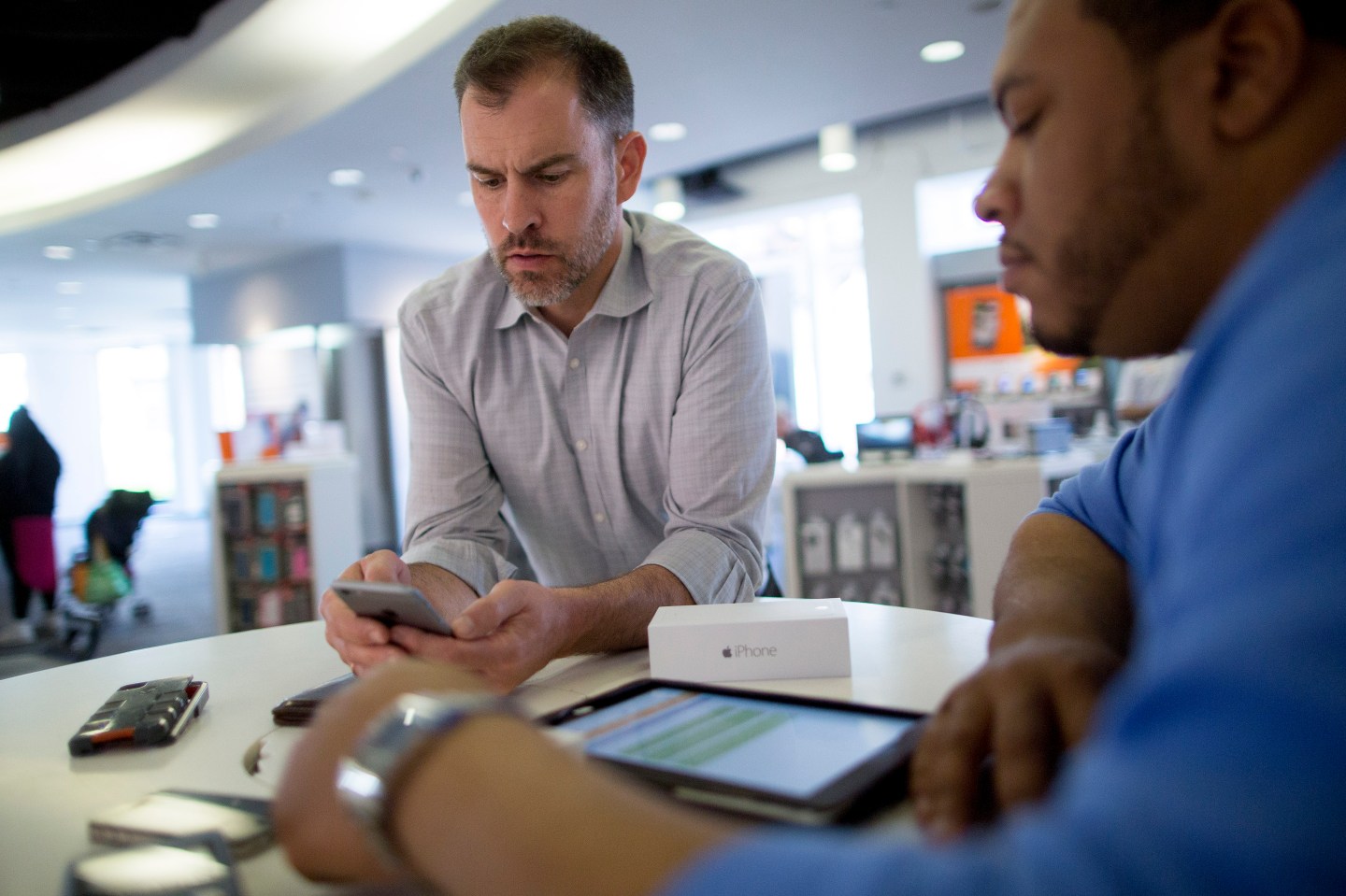 AT&T, the No. 2 U.S wireless provider, said on Wednesday that it would roll out a new data plan that does away with overage fees and reduces data speeds for wireless customers who surpass their data allowance.

Beginning Sunday, customers can choose the new Mobile Share Advantage plan and pay for extra data, if needed, or work with slower data speeds instead of paying for overages, the company said in a statement. Its current plan includes a $5 data overage charge per 300 megabytes on its 300-megabyte plan and $15 per 1 gigabyte on other plans.

AT&T (T) and its rivals are locked in an aggressive battle for subscribers in the saturated U.S. wireless market. Data overage charges have long been a gripe for wireless customers who increasingly spend time on their mobile devices watching streaming video services such as Netflix (NFLX) and playing games such as Pokemon Go.

“In a competitive market, Verizon and AT&T cannot afford to ignore each other,” Recon Analytics analyst Roger Entner said. “If one does something, the other one has to follow suit.”

Moreover, Verizon and AT&T have been reworking their plans as smaller competitors T-Mobile (TMUS), which eliminated data overage charges in 2014, and Sprint, which offers half-off discounts, are luring customers away to their services, Entner added.

All the new plans include an access charge of $10 to $40 per month for each device, AT&T said.

The new plans will continue to have features such as unlimited text and talk and rollover data. Plans above 10 gigabytes also include unlimited talk and text to Mexico and Canada and no roaming charges in Mexico.