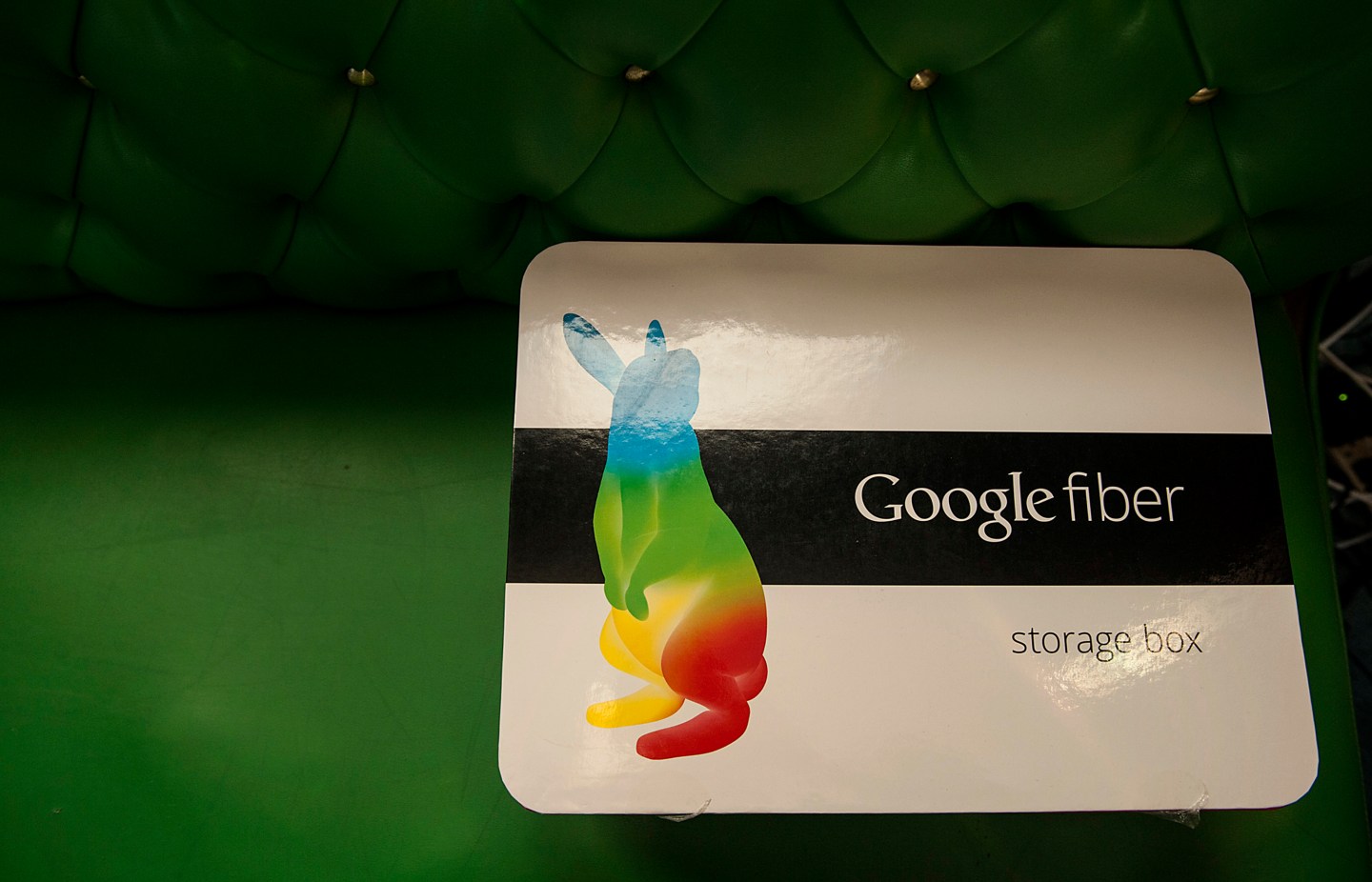 A Google Inc. Fiber broadband network installation box sits on a couch at the home of customer Becki Sherwood in Kansas City, Kansas, U.S., on Tuesday, Nov. 27, 2012. Google Inc. will move a step closer to offering the fastest citywide Internet service in the U.S. when it picks the first neighborhoods in Kansas City to get hooked into a new fiber-optic network. Photographer: Julie Denesha/Bloomberg via Getty Images
Photo credit: Bloomberg via Getty Images

Recent cutbacks and turbulence at Alphabet’s Google Fiber service are generating speculation about a possible sale or spin off of the business.

Now operating as part of the company Access in Alphabet’s “other bets” division, the fiber service has recently seen its CEO depart without being replaced, halted expansion in new cities, and laid off almost 10% of its staff.

On Thursday, that convergence of factors prompted speculation by the tech news web site The Information that Google is likely getting ready to dispose of the service, which was a pioneer in bringing gigabit Internet download speeds to consumers. Telecom operator CenturyLink—which is in the process of buying Level 3 Communications (LVLT) for $34 billion—is a “possible acquirer,” the web site said without citing a source.

Fortune reached out to Google (GOOGL) for comment and will update this story if any response is received. CenturyLink (CTL) declined to comment.

Just two months ago, Alphabet CFO Ruth Porat had defended the project publicly, telling analysts on a quarterly earnings call that the fiber service was “making great progress” and remained “committed to growth” in its already active markets.

The likelihood of the speculated sale would depend heavily on the fiber business’s financials as there is no obvious reason the unit would be appealing to any buyer. Stringing fiber optic high speed Internet connections to homes around the country is exceedingly expensive—as Google has discovered—and requires competing with deeply entrenched monopoly cable and telephone operators. The service has not reached critical mass in any of the eight scattered markets from Austin to Nashville to Salt Lake City that it has entered in the past six years.

CEO Craig Barratt left in October and has not been replaced. At that time, the unit also reportedly laid off about 130 out of 1,500 workers. A few months prior, the service had announced it was revamping its business model to use more wireless technology as it paused all planned expansions into brand new cities.

Google is hardly the first company to run into cost issues while trying to provide consumer Internet and cable TV service, even before the era of high-speed fiber optic connections. Dozens of upstart carriers went bankrupt in the 1990s and early 2000s trying to break into the telecommunications and cable markets.