Will 2017 Be Another Record Year at the Hollywood Box Office? 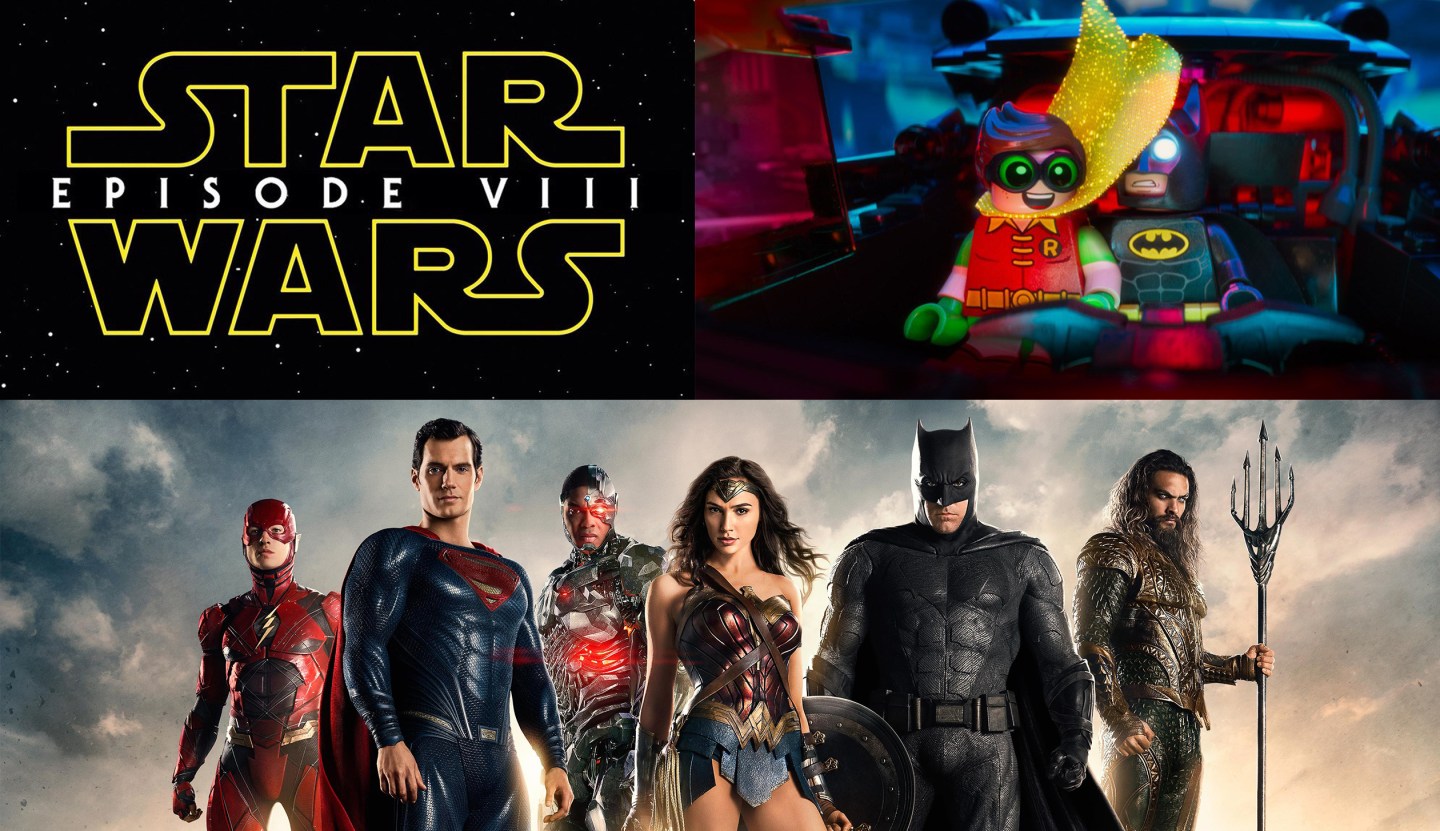 Hollywood is wrapping up another big year at the box office. As the year comes to a close, the domestic box office is on pace to set another new industry record just one year after topping $11 billion in domestic movie ticket sales for the first time ever.

What should we expect in 2017? It may be too soon to predict a $12 billion box office next year, but there’s certainly reason for optimism that 2017 can be Hollywood’s third-straight record-breaking year.

“2017 looks like a monster—not just for Disney, but for everyone,” Paul Dergarabedian, senior media analyst at ComScore, tells Fortune. Dergarabedian predicts that 2016 will end up outpacing 2015’s record year by no more than 2% and that next year could see a different Hollywood studio dominate the box office. Every year, he says, there seems to be a sort of “passing of the baton” as one studio’s massive year gives way to another of the major Hollywood production houses.

Comcast’s (CMCSA) Universal Studios held the previous single-year box office record, which it set just last year, and the studio has a handful of sequels from franchises that have recently produced billion-dollar films on deck for 2017—The Fate of the Furious and Despicable Me 3—as well as the sequel to last year’s sleeper hit, Fifty Shades of Grey. Universal will also launch its new universe of monster movies with Tom Cruise starring in The Mummy.

Time Warner’s (TWX) Warner Bros. has a full slate of superhero titles (Wonder Woman, Justice League, and The LEGO Batman Movie), and the studio is already seeing a lot of buzz around Blade Runner 2049, its long-awaited sequel to the beloved 1980s sci-fi movie.

When all is said and done, though, 2017 could once again be the year of Disney (DIS). The studio has two more big Marvel releases (Guardians of the Galaxy 2 and Thor: Ragnarok) as well as a live-action version of Beauty and the Beast, two new movies from Pixar Animation Studios (including Cars 3), and a fifth installment in the Pirates of the Caribbean franchise (two of the first PotC films grossed more than $1 billion apiece). And, to top it all off, Disney will end the year with yet another installment from the massively successful Star Wars franchise, with Episode VIII set for a December release.

Of course, even over-hyped, big-budget blockbusters can turn into major flops at the box office. Prior success and fan excitement over high-profile movie titles don’t guarantee that 2017 will be a blockbuster year for Hollywood. Here are some variables to consider:

To put the importance of the overseas box office into perspective, all of the 10 highest-grossing films of 2016 made more money overseas than domestically (the top film, Disney’s Captain America: Civil War, made almost 65% of its $1.15 billion total through international release). “If you’re going to get over that billion-dollar hurdle, you need that international component of the box office,” Dergarabedian says.

China is the largest movie market outside of the U.S., and it could even outpace the U.S. in the relatively near future despite much slower growth in 2016. There is already concern in Hollywood over how President-elect Donald Trump’s incoming administration will affect the U.S.’s relationship with China. Trump has taken a dim view of China’s trade policies, and his administration could create a slow-down in Chinese investments in Hollywood. Any chilling effect on diplomatic relations could also affect the Chinese market’s strict and complicated regulatory system, which limits the number of foreign-made movies that are released in the country each year.

Despite record years in terms of total gross, the number of actual tickets sold by movie theaters has been plateauing for years. The number of actual tickets sold in 2015 was essentially flat compared to the previous five years and the number was down by about 2.5% from a decade earlier. Ongoing ticket-price inflation has kept box office revenues climbing the past couple of years, but the fact remains that the number of people actually going to the movies each year has not shown the same growth. It’s an obvious point of concern for the industry at large, especially given the rise in streaming and other at-home entertainment options. As a result, the industry has even seems to be gradually warming to the idea of premium streaming options, where studios release movies for customers to stream at home while they’re still showing in theaters.

The common complaint about the seeming lack of originality in Hollywood probably isn’t going anywhere in the next year. Nearly all of the most-anticipated movies of 2017 are sequels, adaptations, franchise reboots, spin-offs, etc. When a number of those types of films disappointed (or outright bombed) last summer, there was plenty of concern that moviegoers were suffering from “sequel fatigue” or “sequelitis.” Of course, complaints about the proliferation of sequels tend to be much louder in the wake of a high-profile flop than they are after the release of financially and critically successful follow-ups (see: Disney’s Marvel and Star Wars franchises, or the Despicable Me and Hunger Games movies, to name a few—though, some movies still make a ton of money despite toxic reviews). Even with the potential for major flops, Hollywood’s movie franchise model is here to stay, but history shows us that the studios that aim for critical success with their sequels tend to land more hits at the box office.