Will This Year Finally Cure Hollywood of its Sequel Obsession? 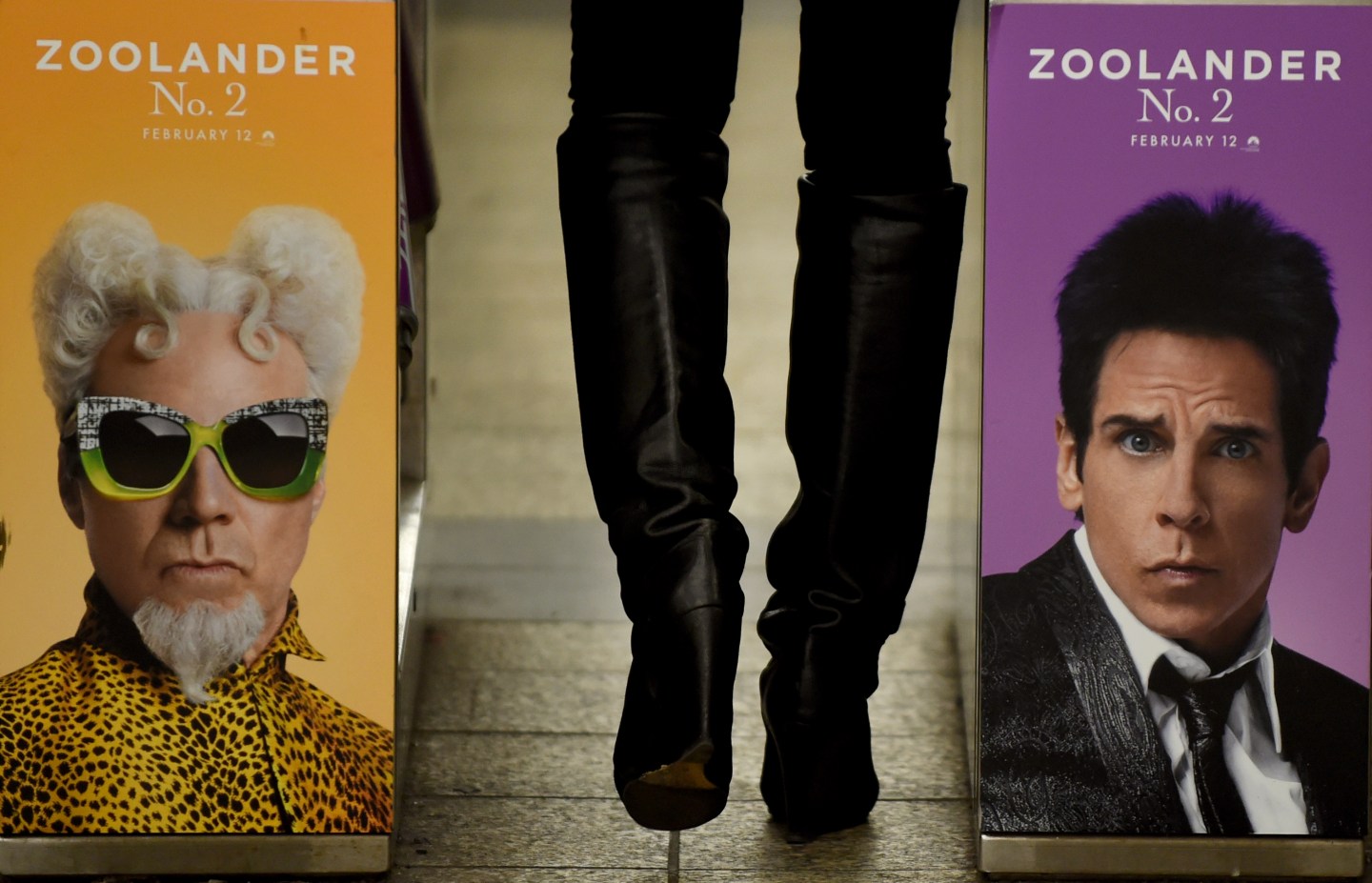 Moviegoers have been chiding Hollywood over a lack of original ideas for years. Now, while franchise films still consistently top the U.S. box office, more and more sequels and reboots are falling flat with audiences at a huge cost to movie studios. Have we reached the limits of Hollywood’s franchise obsession?

Out of the roughly 26 sequels and reboots churned out by Hollywood so far in 2016, only 7 have managed to post stronger domestic opening weekends than their immediate predecessors, according to Fortune‘s tally of Box Office Mojo data—that means for every blockbuster like Captain America: Civil War there have been more than 3.7 disappointments along the lines of Zoolander 2 or Independence Day: Resurgence.

Even as the movie industry continues on its current trajectory to post its biggest year ever in terms of global box office gross, that record-breaking pace is distracting from the fact that the number of actual tickets sold has plateaued in recent years as fewer people regularly go out to movies now than did a decade ago.

While the rise of streaming media and in-home entertainment options is likely the most oft-cited reason for flatlining movie theater attendance, a common refrain in recent years is that moviegoers are suffering from “sequel fatigue” as studios are increasingly focused on finding the next major franchise that can lean on characters and story-lines with built-in audiences to produce endlessly lucrative follow-ups and spin-offs.

“You’re burying your head in the sand if you don’t acknowledge that it was a tough summer for sequels,”Paul Dergarabedian, senior media analyst at media measurement firm ComScore, said in an interview. “But, to say that this is suddenly a sea-change shows a lack of understanding of the incredibly cyclical nature of this business. Because, I’m sure in the past we’ve had these same arguments against sequels and then, lo and behold, they’re the hottest thing ever [again].”

This is definitely one of the biggest years for movie sequels in recent memory, as there have already been more of them released this year than in either of the past two years. And, there are still several more movie retreads to look forward to in 2016, from a new Bridget Jones sequel to a remake of The Magnificent Seven, not to mention spin-offs from the Star Wars and Harry Potter universes.

The best example of an unoriginal idea that flopped in recent weeks is Ben-Hur, the latest iteration of a biblical epic film (previous versions were released in 1929 and 1959) that Paramount Pictures and MGM spent $100 million to make, only to see the big-budget movie gross an anemic $11.2 million in its domestic opening weekend. Despite a familiar title and faith-based plot, and the studios’ attempts to lure religious moviegoers, the remake is one of the year’s biggest flops and could result in a $100 million loss for the studios once marketing costs are taken into account.

Of course, not all sequels or franchise reboots are created equal. Walt Disney has hit upon winning formula with its Marvel-based superhero franchise, led this year by Captain America: Civil War, the highest-grossing film worldwide in 2016 at $1.15 billion in global ticket sales. Disney has also replicated success with its Pixar animated films, with Finding Dory (a sequel to 2003 hit Finding Nemo) making more money domestically than any other film this year ($478 million) and becoming one of four Disney movies to gross more than $900 million globally in 2016.

Alice Through the Looking Glass

But, Disney also has its share of flops this year, namely Alice Through the Looking Glass, which bombed in May as the sequel to the 2010 hit live-action adaptation of Alice in Wonderland. The sequel made nearly $300 million globally, but that’s after Alice in Wonderland topped the $1 billion-mark five years ago. Disney also seems to have struck out on the remake of its 1977 children’s movie Pete’s Dragon, as the updated version disappointed with only a $21.5 million domestic weekend opening earlier this month.

Those results are more in line with other notably weak showings from sequels and reboots in 2016, such as Allegiant, the latest underwhelming entry in the Divergent franchise, and Paramount’s Teenage Mutant Ninja Turtles: Out of the Shadows, which grossed less than half of its 2014 predecessor’s $493 million global haul. Meanwhile, 20th Century Fox likely hoped to channel last year’s hugely successful Warner Bros. franchise reboot, Jurassic World, by releasing an update to the 1996 summer blockbuster Independence Day. Unfortunately, for Fox, actor Will Smith’s absence from the update, Independence Day: Resurgence, likely hurt the movie at the box office, and the film ultimately failed to out-earn its 1996 predecessor even without taking into account 20 years of ticket-price inflation.

Meanwhile, even some of the remakes and reboots that did outperform their predecessors’ opening weekends came with caveats. For instance, My Big Fat Greek Wedding 2‘s $17.9 million domestic opening easily outpaced the debut of the original, but that 2002 film opened in limited release for several weeks but ultimately became a cult phenomenon that pulled in $368 million worldwide. The sequel failed to top $90 million in global ticket sales. Another example is Batman v Superman: Dawn of Justice, which posted a bigger opening weekend than 2013’s Man of Steel as well as all three of the Batman movies from the Christopher Nolan-Christian Bale tag-team. But Dawn of Justice‘s earning power quickly dropped off, as toxic reviews kept the film from being as successful as analysts would have expected.

While there is a high potential for a lackluster financial performance—or, in the worst case, a large write-off like the one Paramount and MGM face with Ben-Hur—movie studios keep taking big swings on potential franchise starters and reboots. Why is that? For the answer, simply look at the lists of the highest-grossing movies in recent years. Of the ten top-earning movies so far in 2016, there are five sequels (including Disney’s Civil War and Finding Dory), one re-adaptation (The Jungle Book), and two movies spun off of existing superhero franchises. Last year’s top-10 contained only two movies based on original ideas, Disney and Pixar’s Inside Out and Fox’s The Martian, the latter of which was based on a novel.

ComScore’s Dergarabedian doesn’t expect this year’s box office results to cure studios’ franchise-fever. Instead, he said, what matters is the quality of the film, not if it’s a sequel. If a high-profile movie is well-reviewed and generates positive buzz online, then audiences will generally turn up to buy tickets. “Maybe we’re overthinking it,” Dergarabedian said. “Maybe if you have a great movie—one that has innate appeal and a good marketing campaign and [it] gets good word of mouth—maybe it doesn’t matter how you categorize it.”