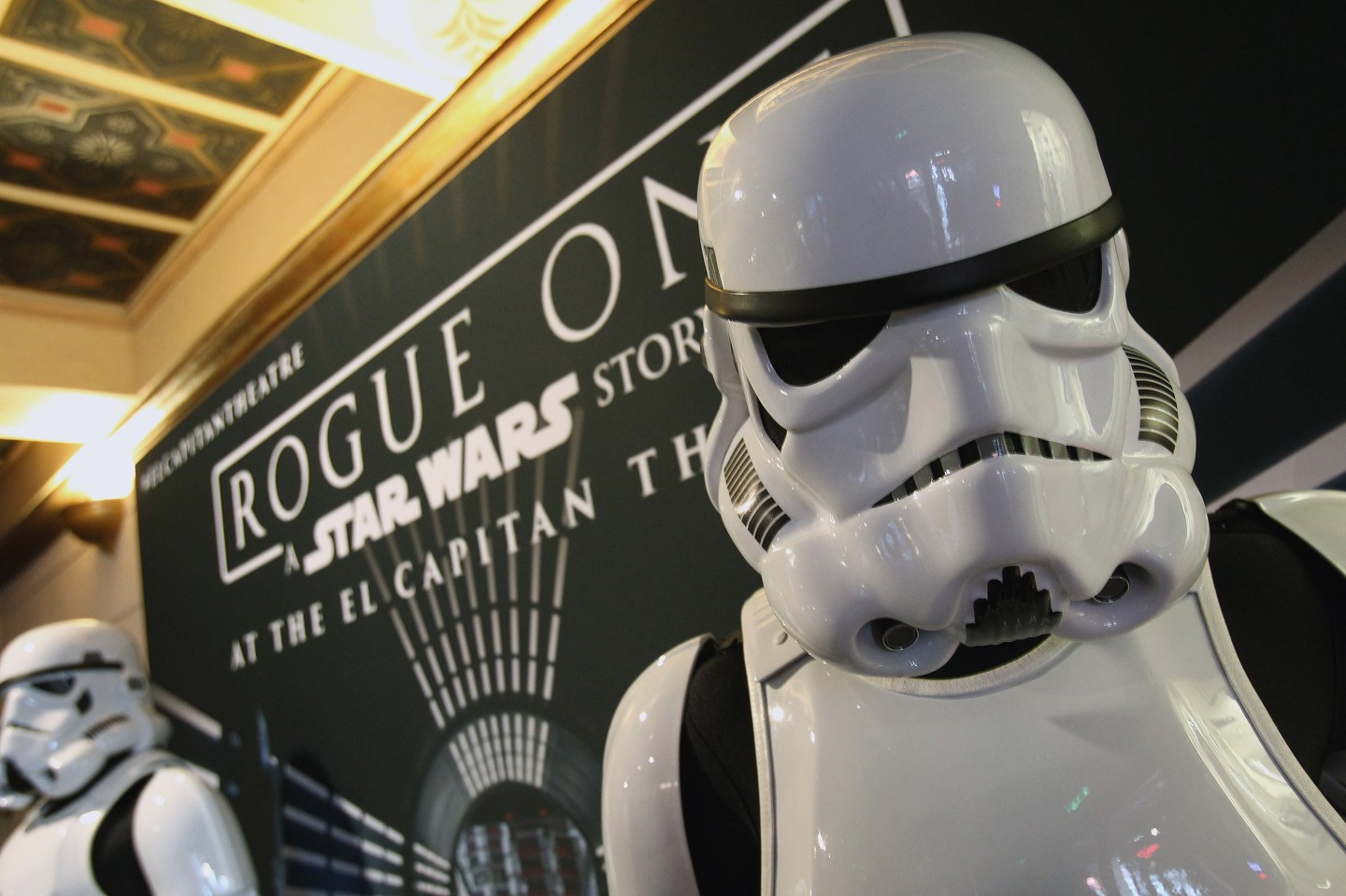 An impressive opening weekend for Rogue One: A Star Wars Story was more than enough to help Walt Disney capture a new Hollywood record for yearly global box office gross.

Disney (DIS) ruled the movie market in 2016 with a series of blockbusters throughout the year that put the studio within close grasp of a new record heading into a weekend in which the latest Star Wars product from its Lucasfilm division was expected to dominate the global box office. And, Rogue One‘s strong showing is a fitting way for Disney to end its big year, considering that 2016 kicked off with Star Wars: The Force Awakens continuing its own dominant box-office run. (Released on Dec. 18 of last year, The Force Awakens ultimately grossed $2.07 billion worldwide for Disney, with a large chunk of that coming in 2016 and counting toward this year’s tally.)

Following up on The Force Awakens‘ record-setting success, Disney churned out no less than three movies that went on to gross more than $1 billion globally—the animated hit Zootopia, Marvel’s Captain America: Civil War, and Pixar’s Finding Dory. Meanwhile, Rogue One is forecasted to join that list with what should also end up being a worldwide haul north of $1 billion. Other big movies for Disney this year include The Jungle Book, Marvel’s Doctor Strange, and another animated hit in November’s Moana.

While not all of Disney’s 2016 releases struck box office gold—Alice Through the Looking Glass and The BFG led the list of disappointments—the studio managed to find success across all of its silos. Whether it was live-action and animated movies—or those produced by previously-acquired units Pixar, Lucasfilm, and Marvel Studios—Disney churned out a variety of mega-blockbusters throughout 2016.

“This historic achievement is possible because all of our film studios are bringing their absolute best to the table, telling great stories of all kinds that resonate with audiences across borders, gender, and generations,” Alan Horn, chairman of The Walt Disney Studios, said in a statement.

The film studio’s success has come at an opportune time for Disney, which needed a silver lining for a year in which subscriber losses at cash-cow cable network ESPN and declining advertising sales continued to weigh on the company’s revenue. Disney’s big year also comes amid what should be another record year for Hollywood in general. The industry is on pace to break the yearly box office record set in 2015, when Hollywood studios topped $11 billion in domestic ticket sales for the first time ever.