Just how much will the new Star Wars movie make? 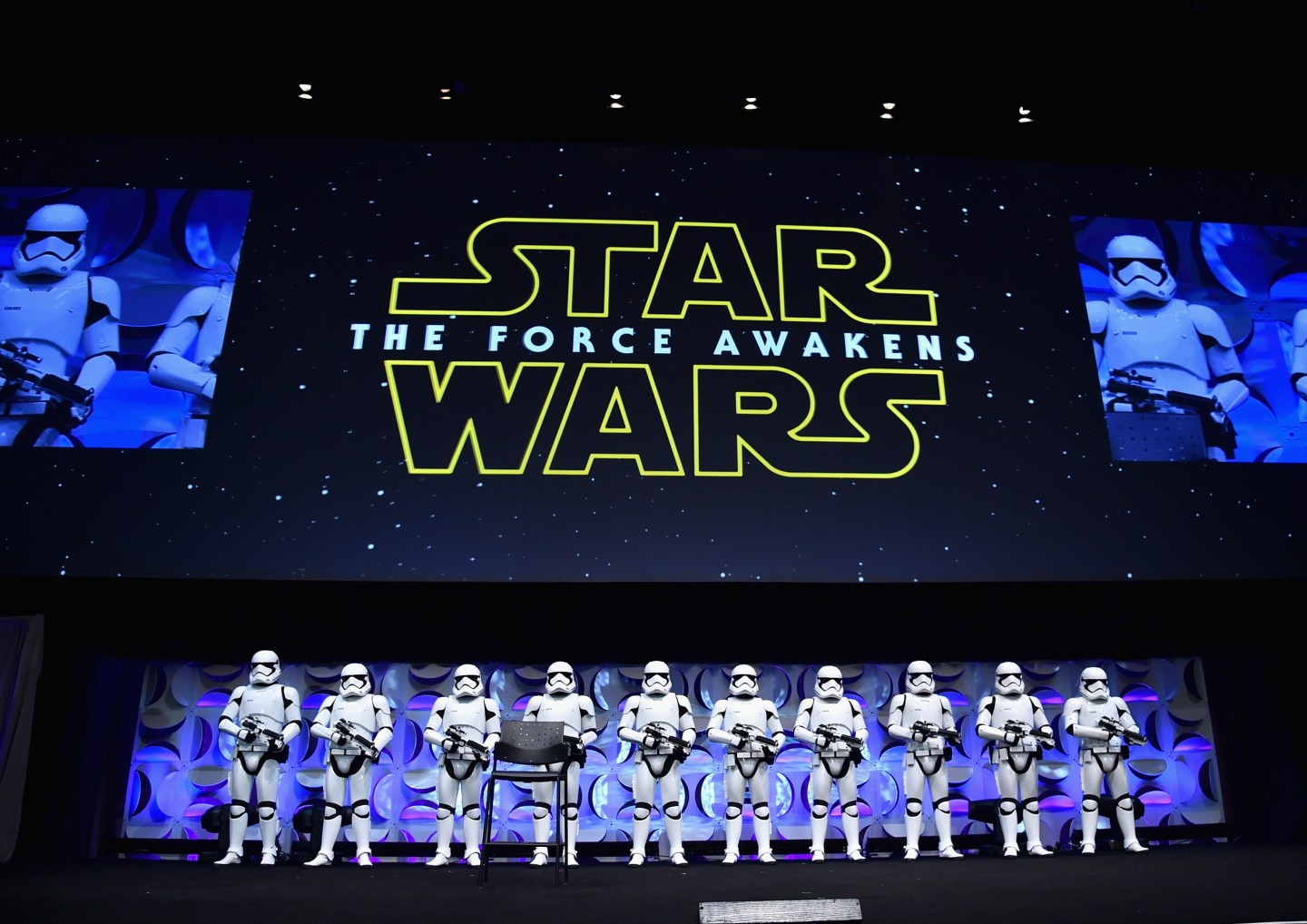 There’s a reason why Walt Disney Co. CEO Bob Iger calls the The Force Awakens, the long-awaited next episode of the Star Wars saga, one of his biggest priorities: Months before the movie’s December 18 launch, analysts are already projecting it will be one of the top-grossing box office hits of all time.

Morgan Stanley’s Benjamin Swinburne expects the upcoming flick to bring in $650 million in the U.S. alone, and a total of $2 billion globally. A recent report from RBC Capital Markets, meanwhile, gives similar projections and points to Disney’s “strong marketing and promotion across all of its divisions” as a harbinger of the movie’s impending success. “…There is no question on whether or not the film will be profitable, but rather how big it could end up being,” says the report. (Already, the six episodes in the Star Wars saga released so far have brought in $7.3 billion in inflation-adjusted dollars.)

That’s good news for newish Lucasfilm head and Star Wars producer Kathleen Kennedy, profiled in the latest issue of Fortune. (Disney bought Lucasfilm for $4 billion back in 2012, shortly after Kennedy came on board). The long-time filmmaker has spent decades producing some of the biggest blockbusters in history, including the Indiana Jones series and E.T. the Extra-Terrestrial. But if analysts’ projections ring true, The Force Awakens will be her biggest moneymaker to date (and the third-highest-grossing film to date, trailing only 2009’s Avatar and 1997’s Titanic.

“This is just the calm before the storm,” says Paul Dergarabedian, a senior analyst with box-office research firm Rentrak. “The closer we get to the film’s release, the excitement is going to reach a fever pitch.”

Dergarabedian expects the upcoming movie, the first Star Wars episode in a decade, to break box office records during its first weekend in theaters. “There’s never been an opening weekend over $100 million in December,” he says. “If any movie can break it in December, it would be The Force Awakens.”

If current demand for Star Wars-themed merchandise is any indication, the film could end up having a Frozen-like impact on Disney’s bottom line. Earlier this month, an estimated 130,000 fans showed up at midnight openings across the country to get their hands on a new lineup of Star Wars toys. One of the most popular new products, a lovable new droid called BB-8, sold out on Amazon in the first 13 minutes it was available. (Some fans complained that retailers were severely understocked on many items.) According to Morgan Stanley’s Swinburne, Disney could see an additional $5 billion in branded toys, video games and other products in 2016 alone. And while it’s too soon to tell just how big of a hit the movie will be, Rentrak’s Dergarabedian raises a good point: “Very few movie brands instill the kind of passion and love for the material and the characters as Star Wars,” he says. “It’s a huge legacy, and could pay dividends for Disney for decades to come.”