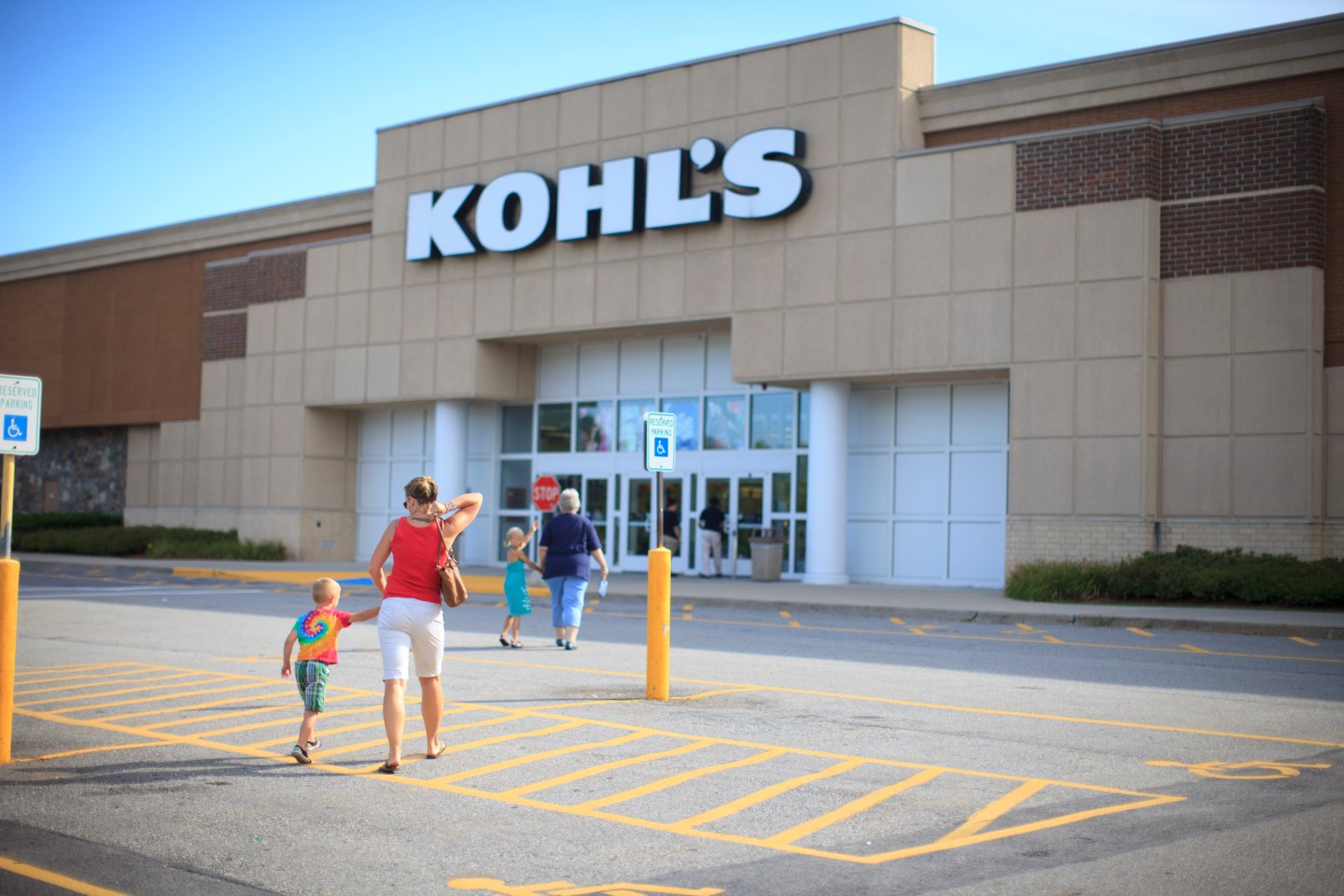 Photograph by Dina Rudick — The Boston Globe via Getty Images

All of Kohl’s tech investments look to be paying off.

The department store chain’s chief executive tells Fortune that Kohl’s (KSS) had set a company record for single-day online sales on Thanksgiving. The news echoes strong results from Target (TGT), which also had a record Thanksgiving, and Adobe data suggesting total e-commerce sales in the U.S. topped $2 billion on Thursday. (Kohl’s is likely to break its own record on Monday, the biggest online shopping day of the year.)

In the last year, Kohl’s has updated its shopping app, launched a mobile payment app, improved its in-store service for online orders, and shipped from more stores. Though the retailer was later than some competitors to this game, the result was a strong start to the Thanksgiving weekend, in which retailers get 15% of their holiday season sales.

“We broke our sales record by a lot,” says Kohl’s CEO Kevin Mansell. As of Friday morning, the momentum hadn’t let up, he adds.

Kohl’s is a top 10 online U.S. retailer, generating about $2.7 billion in sales in the last year via e-commerce, or some 15% of sales. But like many brick and mortar stores, Kohl’s has been grappling with weak store traffic and a surfeit of apparel, a struggling category. Kohl’s comparable sales are down 2.8% so far this year and the retailer is eager for a repeat of its strong Thanksgiving-through-Christmas period from 2015, when “comps” rose 4%.

It recently started selling Apple Watch at some stores as part of a push to be dominant in active lifestyle products. And it has redoubled its holiday season marketing messaging to remind customers of the myriad ways to combine promotions to get low prices. Kohl’s Yes2You loyalty program has 30 million active members and is central to that strategy.

Like other retailers, Kohl’s made many of its Black Friday deals available online first before stores opened. Many stores have long resisted that, worried they would cannibalize themselves. But it turns out, competent integration of stores and e-commerce can increase business in both arenas. Besides, better to steal from themselves than have Amazon.com (AMZN) do it.

“We need to be available to customers when they want to shop,” Mansell says.