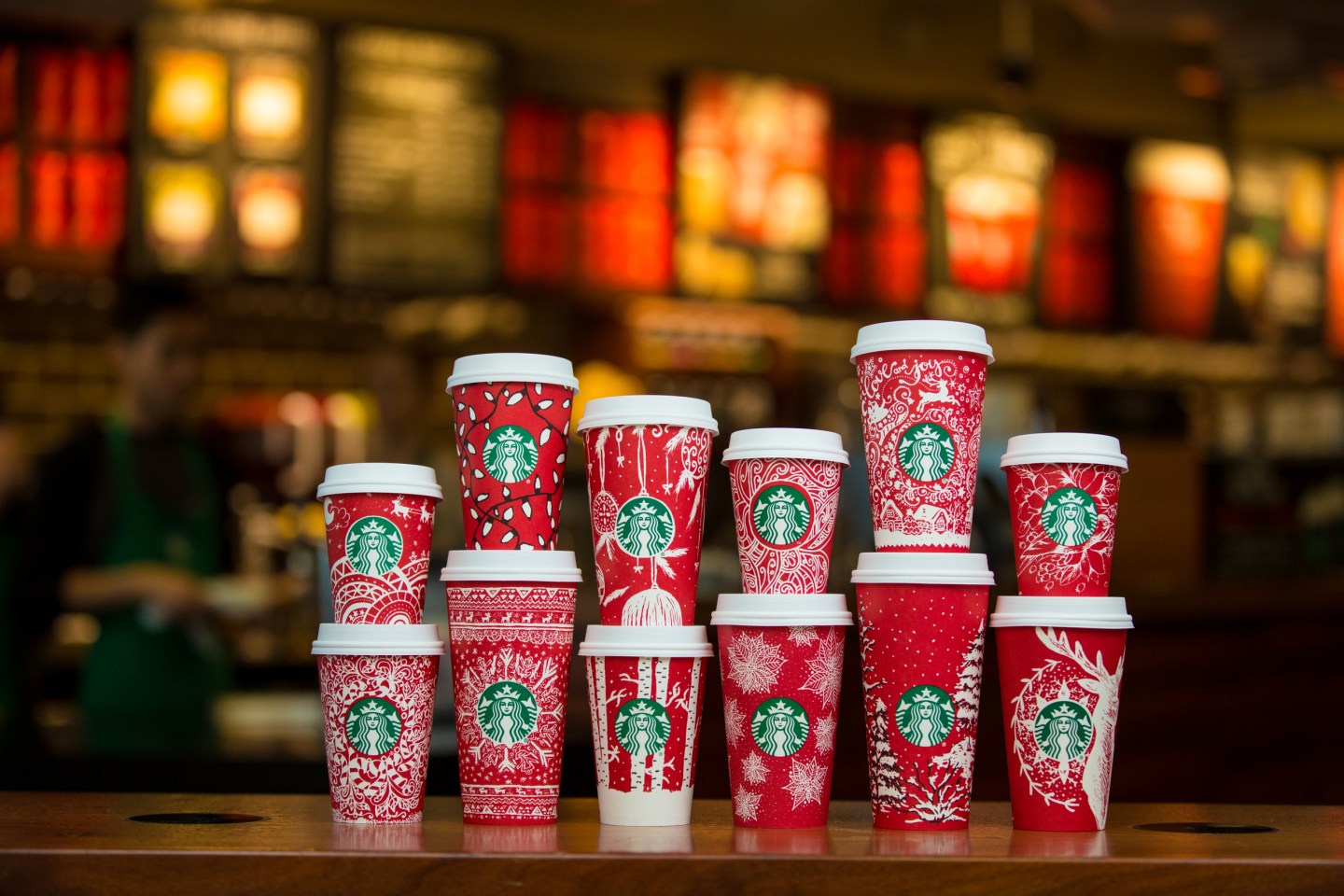 In the wake of a bitter presidential election, consumers on both sides of the political spectrum are threatening brands and companies that appear to back—or bash—either President-elect Donald Trump or his former opponent, Democratic nominee Hillary Clinton. Shoemaker New Balance and the snack-soda giant PepsiCo (PEP) have been among the more notable targets.

Starbucks’ CEO Howard Schultz was a vocal supporter of Hillary Clinton, but the #TrumpCup campaign against Starbucks (SBUX) is unusual in that it requires Trump supporters to go into the establishment they are protesting—and make a purchase.

1) Go to Starbucks & tell them your name is Trump

2) If they refuse take video

The timing of this campaign is surprising, too. Schultz has been talking about outspoken about the election since February, when he labeled the political climate as “almost a circus of yelling bombastic attacks, of a lack of respect, of a lack of dignity.” After endorsing her, he even boldly predicted that she would win.

A #BoycottStarbucks hashtag has floated around on social media channels for some time now. According to CNN, a viral video showing a white male Trump supporter yelling at a barista for unfair, anti-white discrimination gave fuel to the #TrumpCup campaign.

A Starbucks spokesman did weigh in on the #TrumpCup campaign, saying in an e-mailed statement, “Over the years, writing customer names on cups and calling out their names has been a fun ritual in our stores. Rarely has it been abused or taken advantage of. We hope and trust that our customers will continue to honor that tradition. We don’t require our partners to write or call out names.”

The #TrumpCup movement is the latest to zero in on the Starbucks cup, which has become a lightning rod yet again after it found itself the target of some boycott calls earlier this year when some social media users took aim at a green “unity” cup that they wrongly believed to be the official holiday cup. The holiday-themed cup generates a ton of attention each year, with some social media users always finding something to complain about as it pertains to the cup’s design elements.