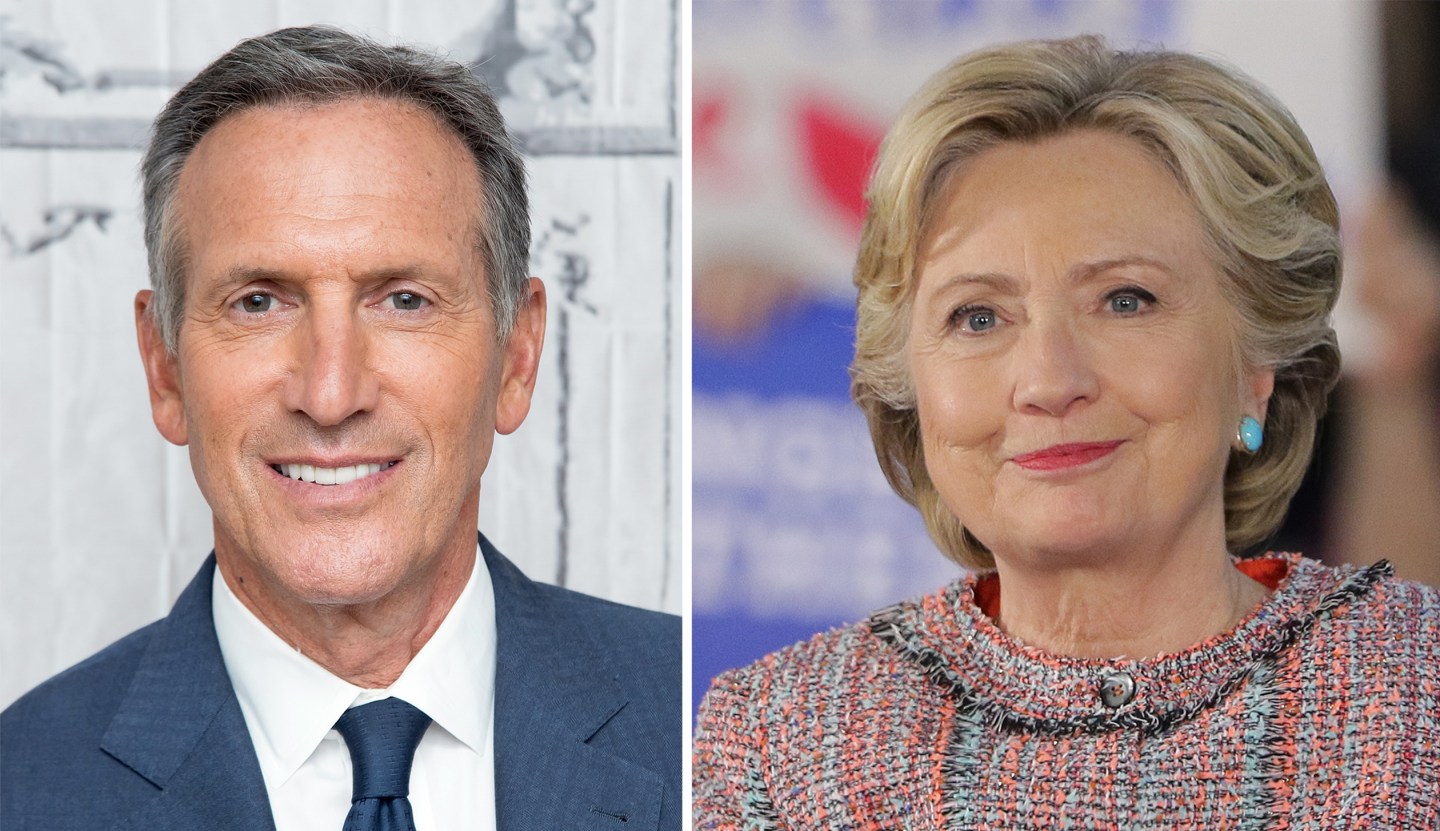 “I am confident that Hillary Clinton will become the next president of the United States,” Schultz said in an interview with CNN. “When all is said and done, Hillary will be the most qualified and she will do a great job as the next president.”

The coffee giant CEO’s prediction isn’t too bold considering where the polls stand just 19 days before voters head to the voting booth. The New York Times says Clinton has a 92% chance to win the election. Influential political blog FiveThirtyEight puts her chances at 87.7%.

In the video interview, CNN also asked Schultz what he would have said if Clinton had asked him to join the Democratic ticket as her vice president. Schultz admitted he would “dodge” that question—only saying he wasn’t seeking political office “at this time in my life.”

“I don’t think this is my time to be in the political arena,” he added.

Schultz went public last month with his presidential endorsement, officially backing Clinton. His support is one of many public stances that show he’s not a typical CEO: The Starbucks CEO is more vocal than most top executives about social and political issues.

Schultz has also been highly vocal about the mood of the nation in his conference call presentations with Wall Street analysts. This summer, for example, he cited an uncertain election and other factors as weighing on consumers. But while some restaurant chains have blamed the election for poor sales, Schultz said underperformance in the U.S. market for the most recent quarter was because of execution issues.