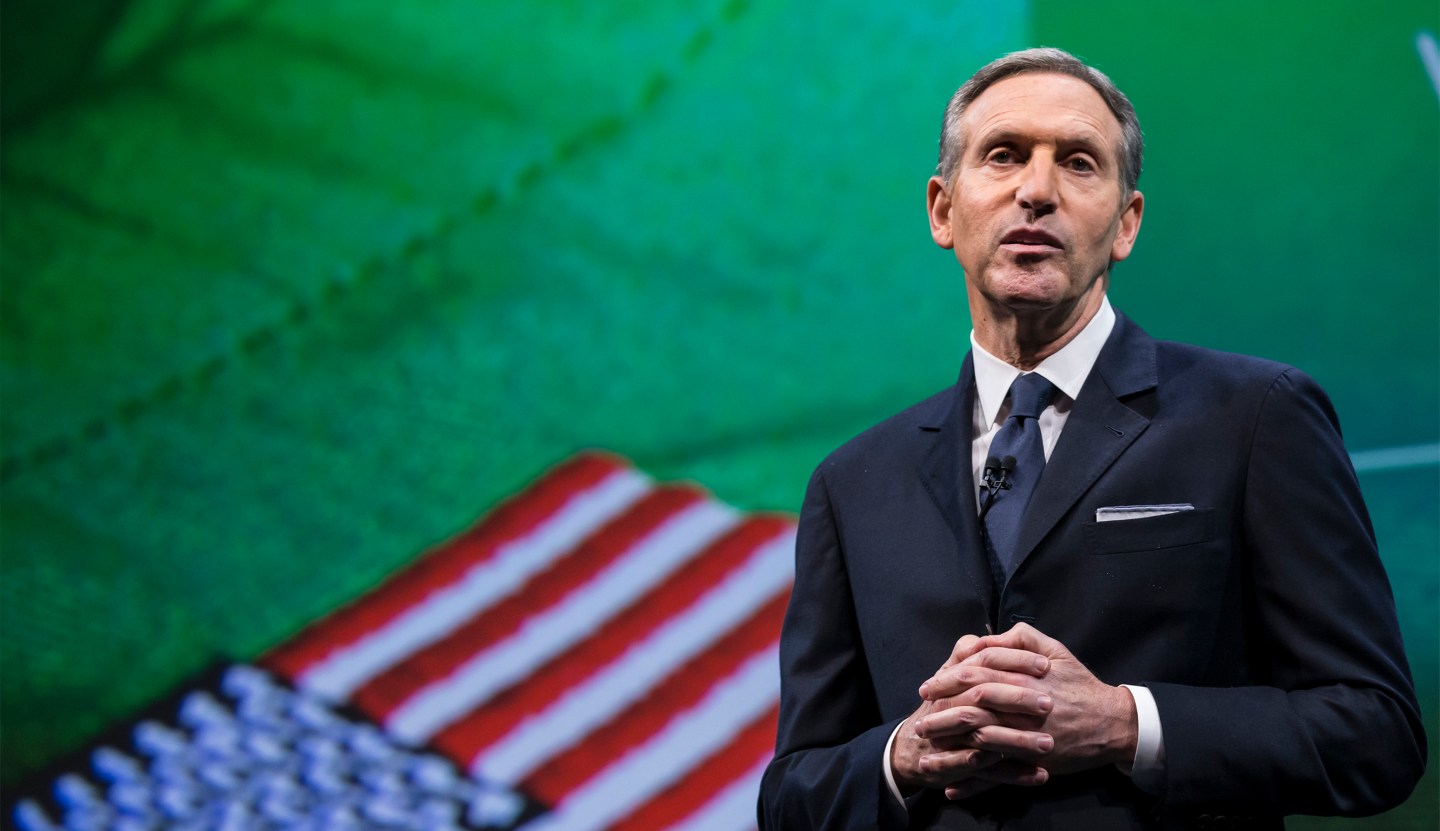 Schultz told CNNMoney in an interview Wednesday morning that he is backing the Democratic candidate, and that he remains optimistic about the future of America, despite what he sees as an effort by politicians and the media to paint the nation with “cloudiness and despair.”

“I’m hopeful that after the election—and hopefully Hillary Clinton will be elected president—that we will begin to see a level of unity and people coming together,” Schultz told CNNMoney’s Poppy Harlow in a sit-down interview. When asked if he had officially backed Clinton with that statement, the CEO responded “I guess I just did.”

Schultz has always been vocal about broader social and political issues, more so than most corporate leaders. And he’s often brought up the election during Starbucks’ (SBUX) quarterly conference calls with analysts. This summer, Schultz said every brand was facing challenges as consumers confronted a “very uncertain election,” and earlier this year he told a group of employees that the election had become “almost a circus of yelling bombastic attacks, of a lack of respect, of a lack of dignity.”

“I think we are all rightfully concerned about the promise of the country and the America dream,” Schultz said Wednesday’s interview.

His endorsement is one of many Clinton has earned from some of America’s top business leaders. Other prominent backers include Berkshire Hathaway’s (BRK-A) chairman and CEO Warren Buffett, Facebook (FB) chief operating officer Sheryl Sandberg, and even Hewlett Packard Enterprise (HPE) CEO Meg Whitman, who’s a Republican.

The backing from Schultz also comes at a time when the polls show the race between Clinton and Republican businessman Donald Trump is tightening and looking close to even according a poll released by CNN this week.