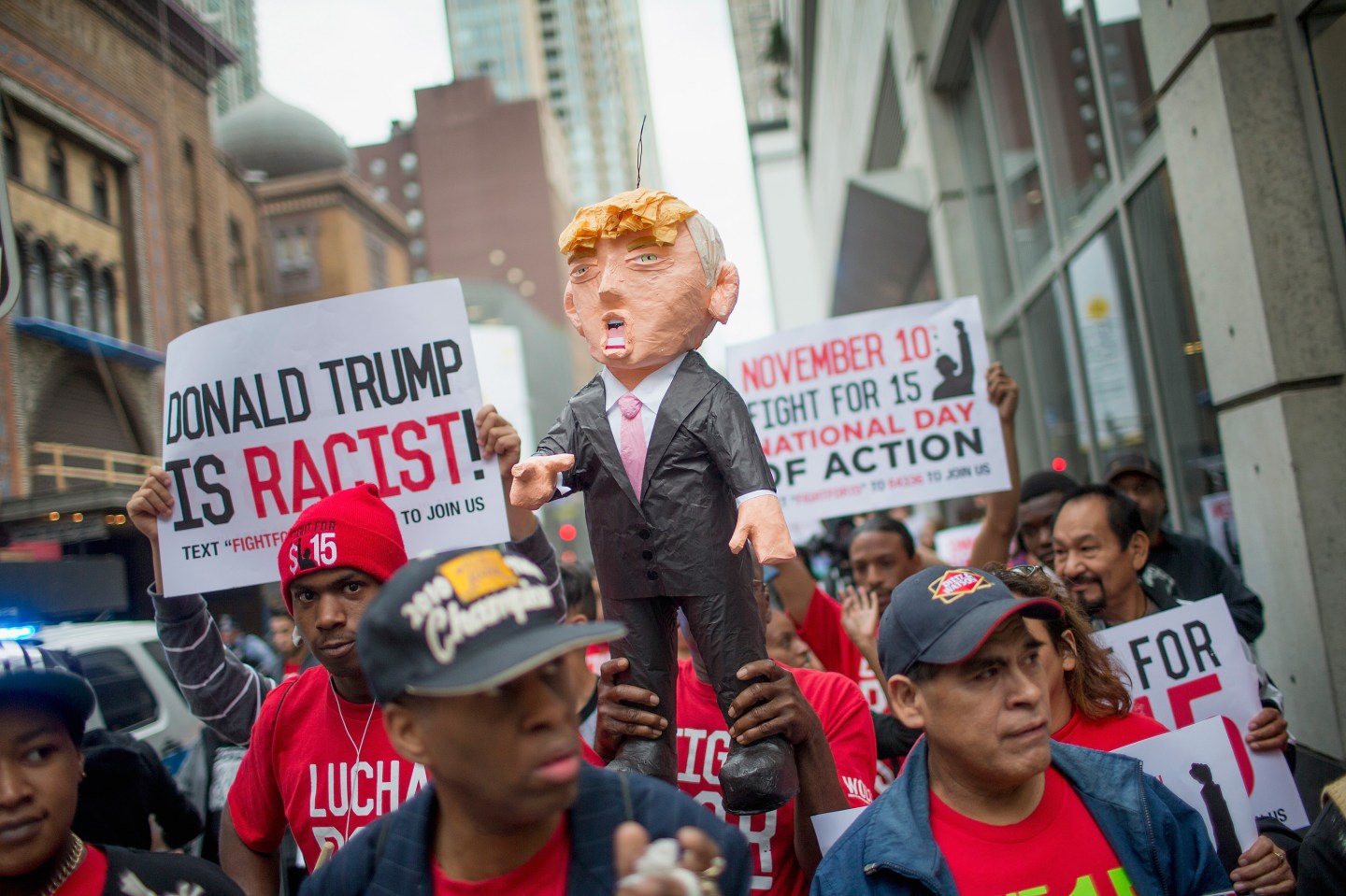 President-elect Donald Trump and his family business is being targeted by an online boycott that is calling for shoppers to avoid supporting retailers that sell Trump-branded products.

Before the election, marketing consultant Shannon Coulter launched the boycott, using the hashtag #GrabYourWallet. Some Twitter users have been expressing support of a move to avoid spending money at a handful of retailers that sell goods branded under Trump’s name or the name of his daughter Ivanka. Coulter is the owner-founder of a San Francisco marketing company, according to her Linkedin profile,

Other notable retailers on the list include Bed Bath & Beyond (BBBY), Macy’s (M), Amazon.com (AMZN) and Nordstrom (JWN).

Interestingly, the bulk of the companies on the list actually sell Ivanka-branded goods. Few still sell wares that are tied to the Donald Trump name. For example, Macy’s last year dropped Donald Trump’s clothing line but still continues to sell items from his daughter’s collection.

The list steered by Coulter also includes a handful of companies that have been supportive of Trump’s presidency. Those companies include New Balance, which is facing a backlash after backing Trump over his opposition to the proposed Trans-Pacific Partnership trade agreement, and Yuengling—whose owner backed Trump shortly before the election.

The reason these boycotts are surfacing is because of the comments the president-elect has made throughout the campaign (and many before the campaign) that are purportedly racist, sexist and offensive to many other groups of people. The #GrabYourWallet, in particular, was launched after a 2005 video surfaced, showing Donald Trump boasting of groping women, including grabbing their p—y.

In general, retailers want to avoid controversy. But many are still partners with his daughter Ivanka, who was a close adviser to her father throughout the campaign and supportive of his election aspirations. Though some polls of American consumers speculate many are interested in shunning the Trump brand, there hasn’t yet been a high-profile example of a retailer lamenting that their relationship with the Trumps has dented sales.