Nearly 40% of Consumers Say They Will Shun Trump Businesses 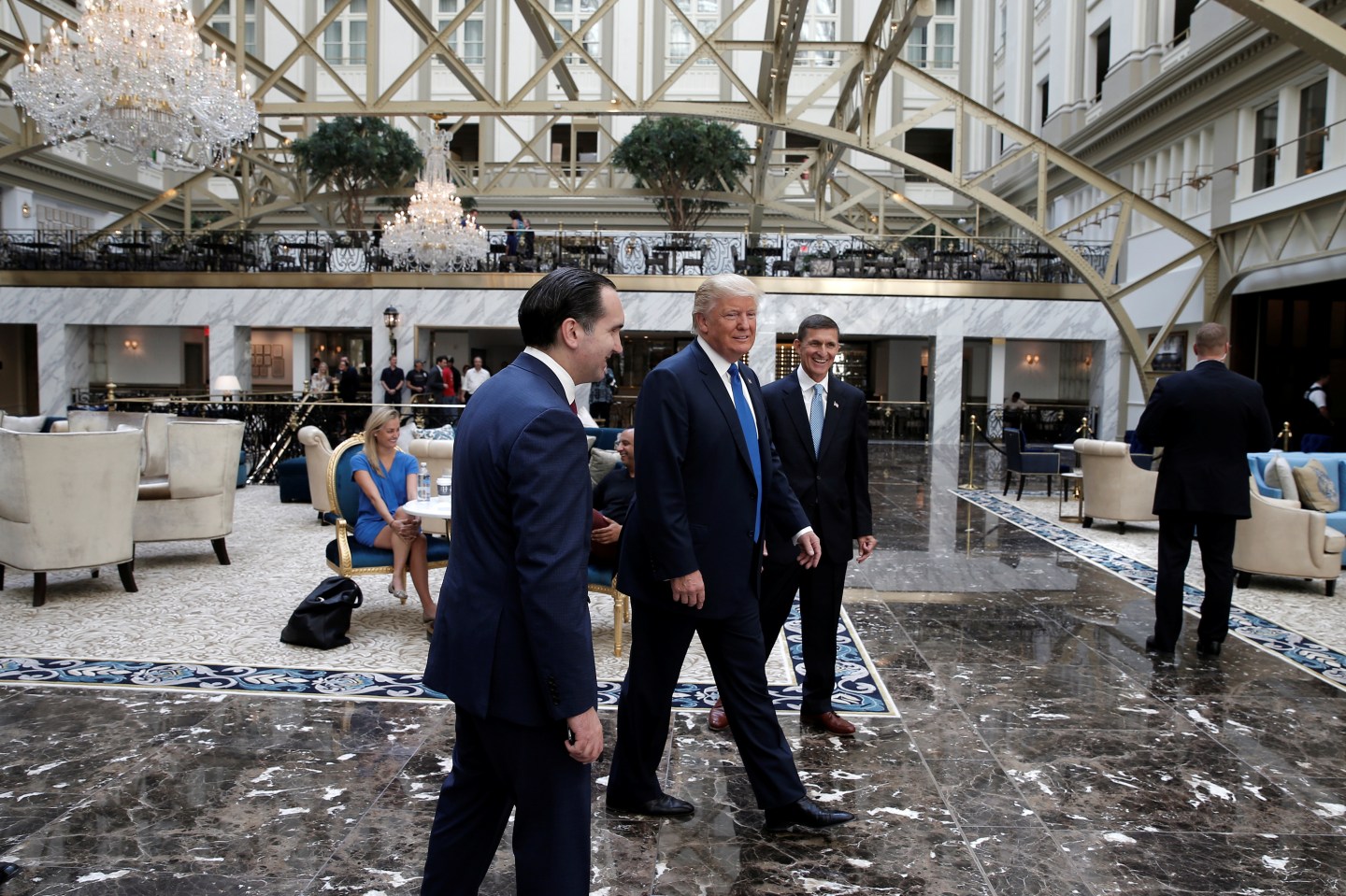 Donald Trump has spent decades building golden armor around the family name’s brand, putting his name on casinos, condos, steaks and even vodka. But as a nasty presidential election season winds to a close, it appears that golden halo appears to be dimming with consumers.

Morning Consult, a polling and market research company, surveyed a national sample of 1,983 registered voters, and it found nearly four out of ten voters said that Trump’s campaign for president would make them “less likely” to buy Trump-related products. Only 17% said it made them more likely.

Trump’s golf business also took a hit. When Morning Consult asked voters if they would be willing to play the sport at a Trump golf course, 63% said no, while just 20% said yes.

Women were more likely to say no. And by comparison, only 40% said they would not consider playing golf at a local course in their neighborhood.

There was some partisan divides in the survey’s findings. Democrats were overwhelmingly more likely to say they wouldn’t support the Trump brand when considering a stay at a Trump hotel, for instance. The poll found 70% of Republicans would be willing to stay at Trump hotel, compared to 36% of independents and 16% of Democrats.

The bruising findings come just a day before Trump is set to cut the ribbon to mark the opening of a property in Washington D.C., the new Trump International Hotel which is opening in the historic Old Post Office Building. The nation is also two weeks away from voting in an election that pits Republican Trump against Democrat Hillary Clinton. Most outlets predicting that Hillary Clinton has a 90% chance or more of winning the election.

Part of why Trump’s brand has taken a hit during the election season is likely his own doing. He has called Mexican immigrants “rapists” and wanted a “total and complete shutdown” of Muslims entering the U.S.. Some of his comments about women have been inflammatory, most notably comments in a 2005 hot-mic tape in which Trump boasted that his fame gave him the power to “do anything” to women.

In recent days, there’s been some strong indications that Trump’s brand had been bruised by the campaign. An Associated Press story noted rates for rooms at Trump’s new D.C. hotel are being slashed. Fortune sister publication People reports shoppers are boycotting the Ivanka Trump Collection and even using a social media hashtag #grabyourwallet to promote their intentions. A new line of hotels being launched by the Trump empire won’t even boast the Trump name—instead the luxury hotels, which are being geared toward millennials, will be called Scion.

A Trump representative wasn’t immediately able to comment on the Morning Consult survey’s findings. However, a Trump Organization spokeswoman did tell the AP that the brand remained “incredibly strong and we are seeing tremendous success across business units.” No specifics were disclosed, and the Trump Organization is privately held.