Donald Trump Hasn’t Stopped the Bleeding at His Golf Courses 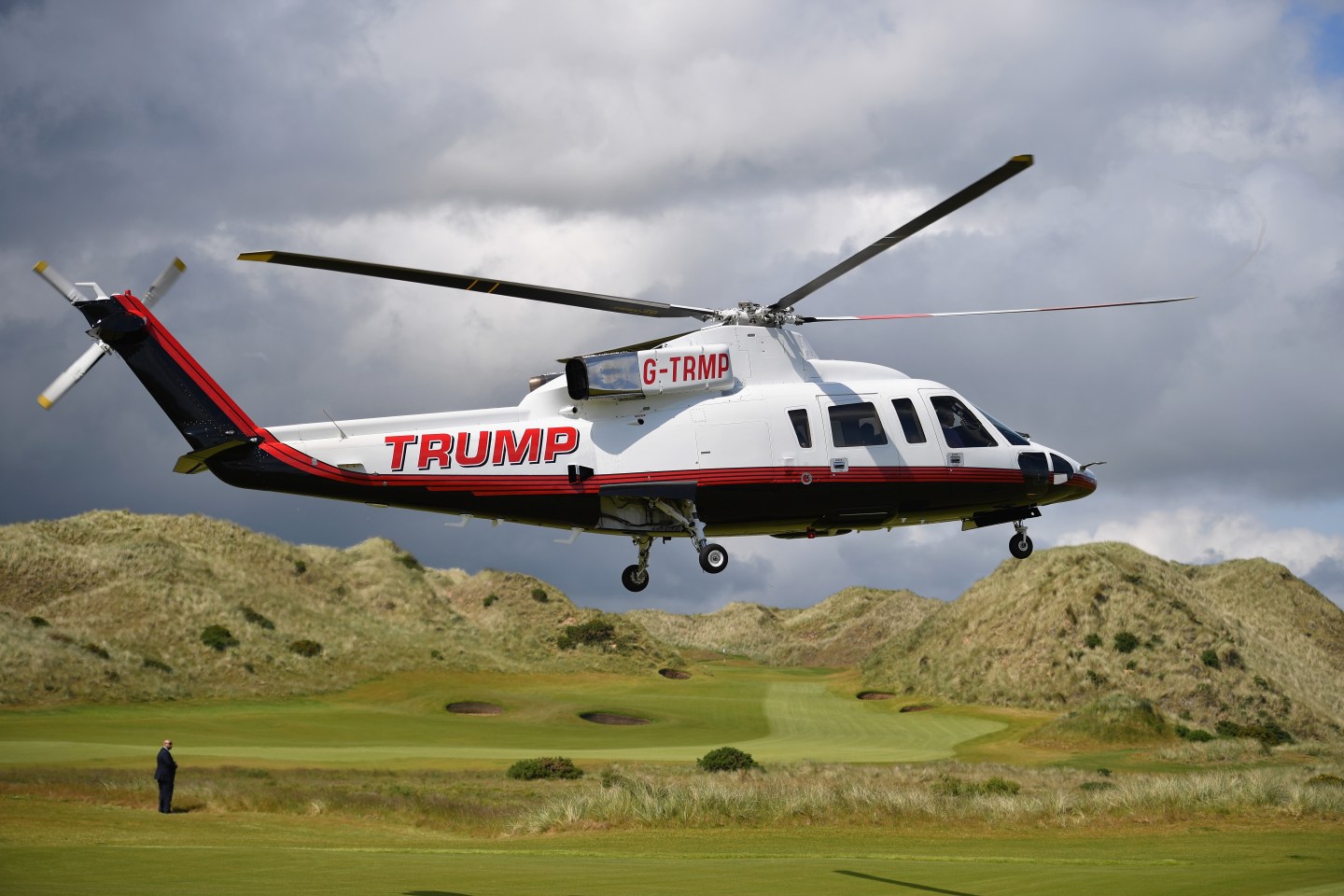 ABERDEEN, SCOTLAND - JUNE 25: Presumptive Republican nominee for US president Donald Trump arrives in a helicopter at Trump International Golf Links on June 25, 2016 in Aberdeen, Scotland. The US presidential hopeful was in Scotland for the reopening of the refurbished Open venue golf resort Trump Turnberry which has undergone an eight month refurbishment as part of an investment thought to be worth in the region of two hundred million pounds. (Photo by Jeff J Mitchell/Getty Images)
Jeff J Mitchell Getty Images

Donald Trump may have ‘stopped the bleeding’ in his poll ratings with his performance in the second presidential debate, but he continues to haemorrhage money in Scotland.

The GOP nominee’s golf courses at Turnberry and in Aberdeenshire both lost money last year, albeit for different reasons, The Times of London reported Wednesday.

Turnberry in Ayrshire, western Scotland, a course that has hosted the Open Championship on four occasions, closed in September last year and only reopened in June after a 200 million pound refurb. As a result, the loss before amortisation, depreciation and foreign exchange factors was 1.65 million pounds ($2.5 million at year-end exchange rates). Missing out on a good part of this year’s season makes it likely that Turnberry will once again lose money this year.

Meanwhile, Trump International Golf Links in Aberdeenshire, lost money for the fourth straight year, although its pretax loss narrowed to 1.1 million pounds on a seven percent rise in revenue to 3 million pounds. Two factors have dogged the Aberdeenshire project this year: first, the local government approved the construction of an offshore wind farm, visible from the course, that Trump says will spoil the view. More importantly, the prospective customer base has been ravaged by the loss of jobs in and around Aberdeen, which is home to the most of U.K.’s oil and gas industry.

Compared to the $916 million loss carryforward in his tax returns two decades back, the Scottish losses are small change to the billionaire developer. The notional foreign exchange loss on his investment since the U.K.’s referendum on leaving the EU (the pound has lost 17% against the dollar since June 23rd) is probably much larger than the operating losses–assuming Trump paid his contractors at Turnberry on time, before the referendum result. If he managed to fend off the invoices till after June 23rd (a trick he used to employ at his casinos in Atlantic City, back in the day) he’ll have saved himself a pretty penny: sterling fell by 11% against the dollar the day after the vote and hasn’t recovered since.