Donald Trump Got a Tax Break For Stiffing Contractors 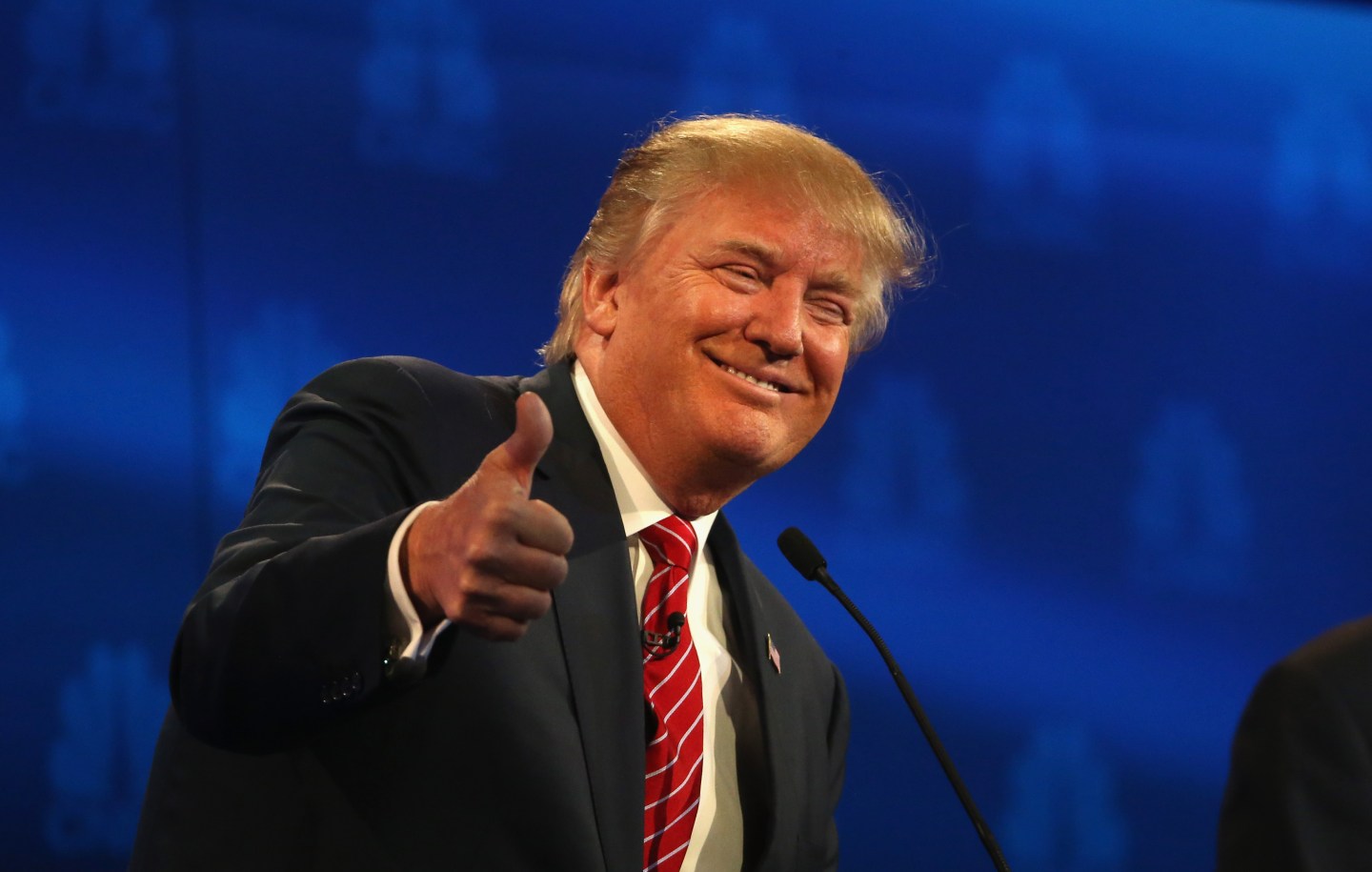 In 1988 and 1989, Jenkins, a contractor, spent months installing the stall walls in the bathrooms of the mega-casino. The job was supposed to pay $231,000. The check for the work, though, never showed up, stretching the finances of Jenkins’ small construction business. Eventually Jenkins, whose business did manage to survive the episode, was paid $70,000, or 30 cents on the dollar in the restructuring that followed. The episode still upsets Jenkin’s daughter, Beth Rosser.

“I grit my teeth every time I see him on television talking about what a wonderful businessman he is,” Rosser said of Donald Trump in a CNN interview in September. “He stepped on a lot of people.”

But Trump may not have only “stepped on” Jenkins and others. It now appears that Trump may have used those unpaid bills to contractors and other small businesses—their losses—to give his bank account a second lift, using a tax maneuver many are calling essentially a “double dip.”

Last week, the New York Times published portions of Donald Trump’s 1995 tax returns, which showed, among other things, that Trump claimed he had a $916 million loss that year—a loss that according to the Times may have allowed Trump to avoid taxes for nearly two decades. Since then, journalists and observers have tried to figure out how even a wealthy person could have lost nearly a billion dollars, and what exactly made up Trump’s high-nine-figure ocean of red ink.

For more on Trump’s Taxes:

Trump, through a campaign spokesperson, declined to comment for this story.

A lot has already been written about the fact that Trump’s multiple bankruptcies stiffed a long-list of small businesses, from carpet suppliers to chandelier distributors to cabinet-makers for slot machines. What hasn’t been reported before is that those unpaid bills were also used to swell Trump’s future tax deductions. In other words, Trump not only stiffed many contractors, he also created a tax benefit off the backs of the tradesmen who built his casinos and skyscrapers.

According to news reports, at the time of Trump’s 1991 bankruptcy, the casino and the real estate developer still owed $70 million to contractors and other small businesses that had provided services to the Atlantic City attraction. Like Jenkins, the contractors ended up getting 30 cents for every dollar they were owed.

Bottom line: $49 million of the $916 billion loss, and what ultimately became a tax benefit to Trump, was likely unpaid bills to Jenkins and over 200 other contractors and other small businesses who worked on the Taj Mahal but that Trump and his company never paid in full.

The prevailing wisdom that has emerged in the past week among accounting experts is that Trump was able to use more than $900 million in paper losses to reduce his taxable income via a loophole in the code that allowed losses of private businesses registered as S-Corporations to flow to their owners, even when they didn’t put an of their own cash into the companies, which is where the name double dip comes from. The tax experts Fortune contacted for this story confirmed this is likely the tactic that Trump used.

Of course, it’s important to note that Trump appears to have exploited a totally legal loophole in the tax code, one that other developers doubtless exploited as well.

Until the rule was repealed in 2002 in the Job Creation and Worker Assistance Act—supported by then-Senator Hillary Clinton—the IRS counted cancelled debt or other cancelled liabilities—either relief from banks or bondholders, or money owed but not paid to suppliers—as if the owner of that business had taken money out of their pocket and invested it into the business. That raised the bar on what they could eventually write off if the business failed or could no longer pay its bills in full, which was the case of many of Trump’s casino operations in the early 1990s.

The net effect of that was that business owners were then able to use those losses as a write off against years of future income, even if the owner had invested little or no cash in the business. And that was certainly the case with Trump. It’s been extensively reported that Trump borrowed more than what he paid for the Trump’s Castle (purchase price: $300 million in 1985), Plaza Hotel ($393 million in 1988), and the Trump Shuttle ($365 million in 1990). And it was also true for nearly all of his casinos, such as the Trump Plaza and Trump Taj Mahal, bought in the same period as well. The “other people’s money at risk” play is central to the Trump strategy.

One more thing to note: Then, as now, forgiven debt is considered “taxable income.” Meaning anyone who does not pay back a loan, from a homeowner to a real estate developer on a massive property, must pay income tax on that debt relief.

But there is an exception. The owner of an S-Corp doesn’t have to pay tax on that debt relief if the company is financially far underwater. That is if its liabilities exceed its assets by as much or more than the tax relief. If that’s the case, the “insolvency exclusion” erases the tax due. And for Trump, once again, that was the case for nearly all of his gambling related S-Corps in the early 1990s. In short, the losses flow to the owner for future tax write-offs, but the “income” is erased, and not taxed.

So, for review, here’s how Trump, legitimately, may have been able to harvest $916 million in losses to deduct against future income. The tax strategy comes in three parts:

The result: An income tax bill for nearly two decades for Trump that totals either $0 or pretty close to it.

In the depths, Trump sacrificed little of his own cash. In the comeback, he probably booked untold tens of millions in real cash savings on his taxes, cash he could put in his pocket, which was generated by cash that Trump essentially took out of the pockets of his suppliers. Those creditors were the ones who really had the money at risk, not Trump. And as so often in the Trumpian universe, the folks who funded him and, in some cases supplied the brawn and brick that built his empire, were the ones who lost out, while the Donald won.