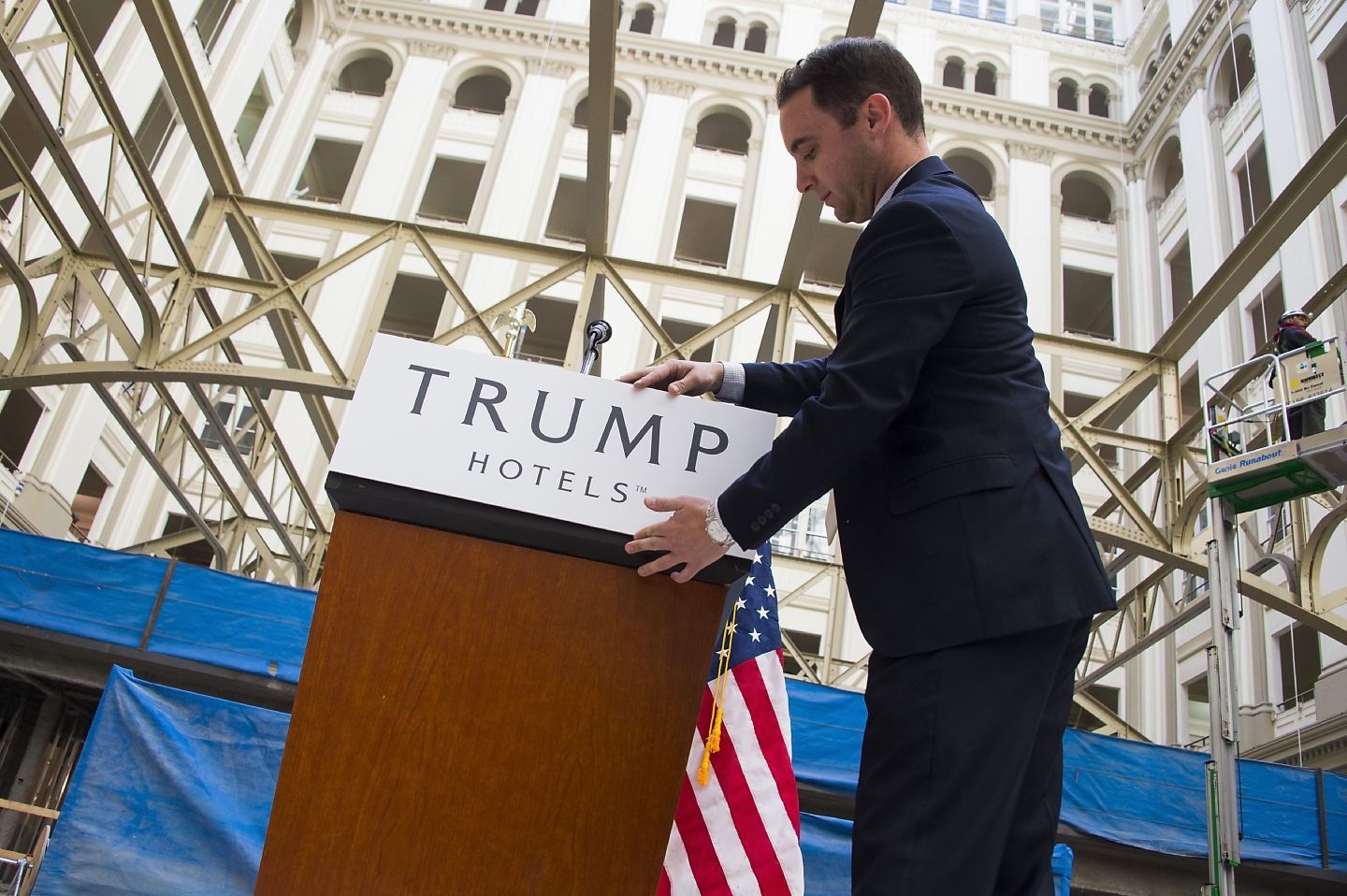 A staffer attaches a placard to a podium prior to Republican presidential candidate Donald Trump's press conference at the still under construction Trump International Hotel in Washington, DC, March 21, 2016. Trump, not known for his foreign policy expertise, on March 21 unveiled a team of advisers drawn from the energy industry and the fringes of Washington's international affairs establishment. / AFP / Jim Watson (Photo credit should read JIM WATSON/AFP/Getty Images)
Jim Watson—AFP via Getty Images

“If @realDonaldTrump loses this election, im betting he personally goes bankrupt w/in 7 yrs. Thats how toxic his brand now is.” So tweeted self-made billionaire Mark Cuban yesterday. And while I take no position on the bankruptcy forecast, Cuban’s point about Trump’s brand is valid and important.

Trump’s presidential run – unlike virtually all his previous attention-seeking behavior – may cost him significant money.

Trump deserves credit for hatching a genuine business innovation: branded high-end real estate. No one had previously created a brand that could be put on an office building or a hotel or an apartment building or a golf course and that would give any of those properties a patina of luxury and success. Trump did it, and the brand was his name. His business strategy over the past 40 years has been to keep himself in the public eye because every mention of his name in the media built the value of the brand.

At least that’s how it worked until now.

Over the past 12 months Trump has almost certainly been devaluing his brand among the customers who are most important to his businesses – high-income individuals plus the corporations that rent space in his office buildings and hold conferences and meetings in his hotels or hotels that have licensed his name.

Trump’s supporters in the election tend to be less educated and poorer than voters overall; they’re not his customers. By contrast, he’s losing heavily among college-educated voters, a group that includes most of his individual customers. Corporate customers find it increasingly difficult to associate themselves with Trump-branded real estate because of his astonishing ability to offend assorted groups – Latinos, Muslims, women, the disabled. No mainstream corporation wants to offend those groups by occupying space with Trump’s name in shiny gold capital letters on the front.

There’s evidence that Trump’s brand devaluation is happening. Bloomberg cites research showing that among consumers earning over $150,000 a year, the Trump brand’s value had plummeted by the end of last year. Other research finds that the market share of Trump casinos, hotels, and golf course plunged 14% from July 2015 to July 2016.

If Trump the brand were put on mass-market consumer products, time might heal the wounds that Trump the man has inflicted on it. But corporate customers won’t forget what he has said, nor will many high-end individuals. Quite a few Latinos, Muslims, women, and disabled, regardless of income, won’t forget either.

It would be a mistake to think that Trump hasn’t thought about all this. He has been a skillful brand steward for decades. Maybe he has a plan for repositioning his brand, or maybe he’s so confident of winning in November that he believes he’s about to ascend into a higher realm entirely.

But it would be ironic if the man who once bragged that he could be the first person ever to turn a profit on running for president instead decimated his fortune by running.